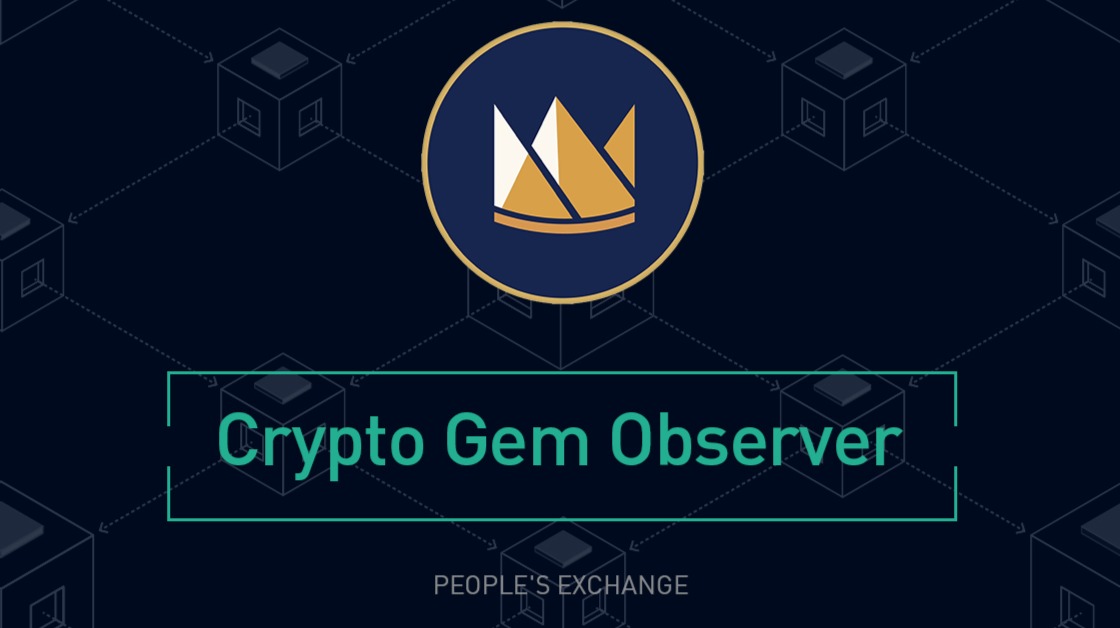 What Is Seascape Network (CWS) And How Does It Work? | KuCoin Crypto Gem Observer

What do you get when you combine elements of blockchain, NFT and DeFi? This isn’t a joke, but rather a question about what goes into creating an ecosystem that is cohesive yet deep enough to leverage the many different popular applications of crypto and blockchain into one platform. If there was any area that best unites them all, it is gaming.

Seascape takes on the concept of gaming and gamification, developing it by building a whole user-driven, blockchain-based economy around it that rewards players for their time and helps developers build even better experiences. Knowing this, could Seascape Network become the Steam of the blockchain world?

What is Seascape Network?

Seascape is a blockchain-based gaming platform designed around the DeFi and NFT economies. The platform allows users to collateralize and earn from their in-game assets, creating an ecosystem where the user can profit just as much as the developer.

The project is building a decentralized ecosystem around the gamification of DeFi protocols and NFT assets, making them more enjoyable and accessible to the wider market. Incentivization is the key to the platform, which is allowing it to attract top game devs, investors and users alike.

How Does Seascape Network Work?

Seascape Network works as both a gaming and distribution platform. It provides the necessary tools for both developers and users to develop and play games across different chains.

It allows for DeFi concepts such as staking, CDPs, and yield farming to be gamified, meaning made more fun and competitive. This is done through their incorporation into games as a core gameplay feature, with the possibility for leaderboards and ranking systems.

NFTs come into the picture as an economy where holders on either the development or user side can generate earnings in the market.

The Scape Game Store is quite similar to Steam in that it is a digital storefront where users can search for and purchase games. The store also facilitates the trading of cross-chain assets across games, building a community of users. The Store client can also be used to validate transactions and keep the chain secure.

As with many promising developments, Seascape is built on Substrate, and so benefits from Polkadot’s technology infrastructure.

The team behind Seascape Network include a number of experienced game developers and blockchain experts who saw the opportunity to gamify popular crypto applications such as NFTs and DeFi.

This began with the development of BLOCKLORDS, a medieval grand strategy game. During this process however, they identified numerous inefficiencies with a number of different blockchain protocols, which led to them developing their own, which ultimately resulted in the release of the Seascape Network and the Crowns token.

What is the Crowns Token?

The Crowns token is used to reward all key stakeholders of the gaming ecosystem, as well as being the method of payment throughout the ecosystem. The token distribution is as follows:

Trade CWS and 200+ other altcoins on KuCoin. 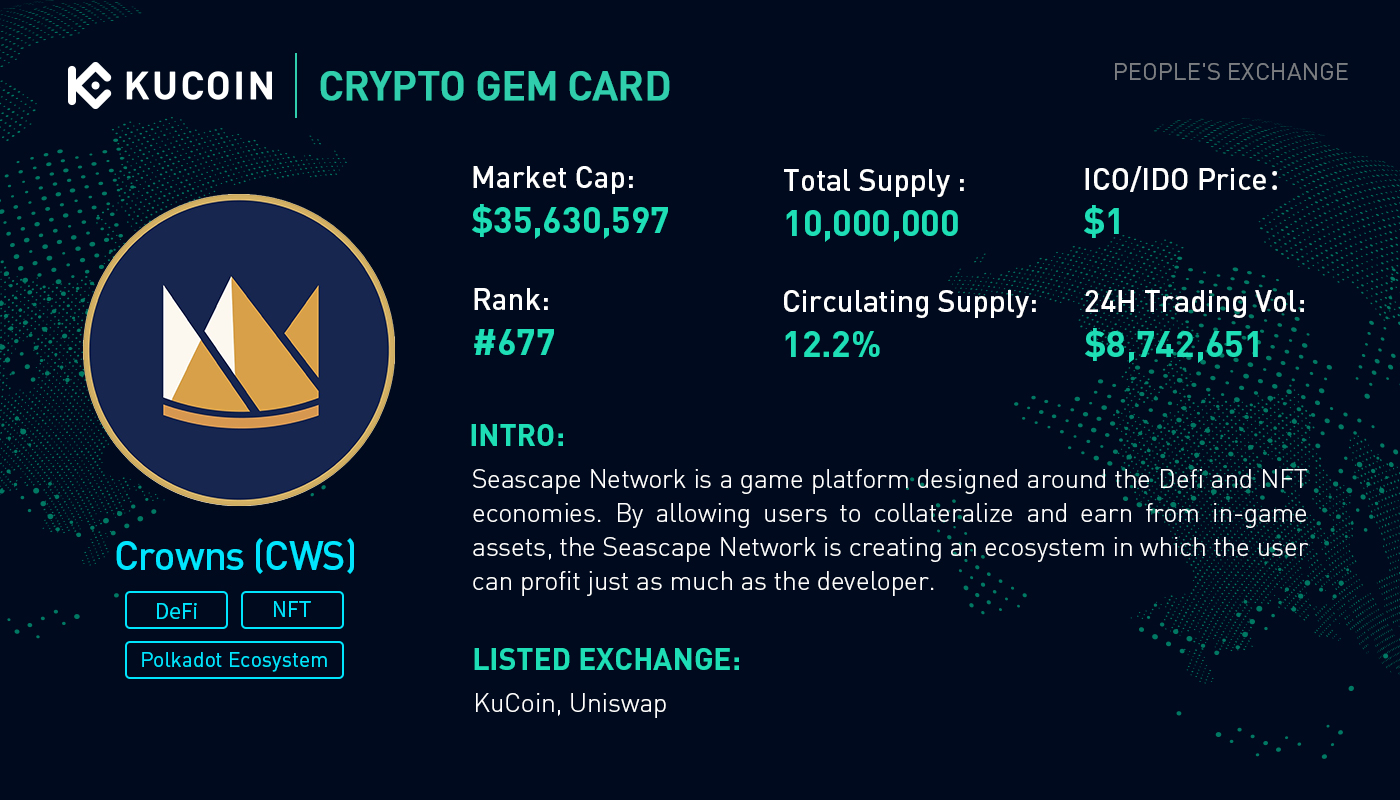 What is the Crowns Token Used For?

Forming the core of the Seascape Network, Crowns is used in many different ways throughout the platform.

Crowns are used as the primary payment method for buying games and services on the Scape Store. They can also be staked in the Seascape DeFi platform in order to earn competitive yields.

With the Paywave system, holders of Crowns will receive a weekly drop, which is derived from the amount of tokens spent in the BLOCKLORDS game. As new games are released and more platform revenue is generated, this weekly drop will increase.

Other important uses of the token include the possibility to mint and trade Seascape-Standard NFTs using CWS, create PCC (Player Created Coins) that are backed by Crowns, and validate the Seascape Network to secure the Seascape Chain.

Last but not least, Crowns tokens can be traded on exchanges such as KuCoin in order for users to profit from their time spent on the Seascape platform.

Everything from gaming, NFTs, DeFi and, most importantly, blockchain are incorporated into Seascape Network. These are all markets that are continuing to grow and draw in new audiences, which is where the user-friendly nature of the platform will have the biggest impact.

Seascape Network is building a comprehensive platform that rewards all stakeholders for their time and effort, whether that be playing the games or developing them. With such an attractive system in place, it is only a matter of time before Seascape garners the interest of the wider gaming community, hot on the heels of the gamification wave. This project is definitely worth watching.