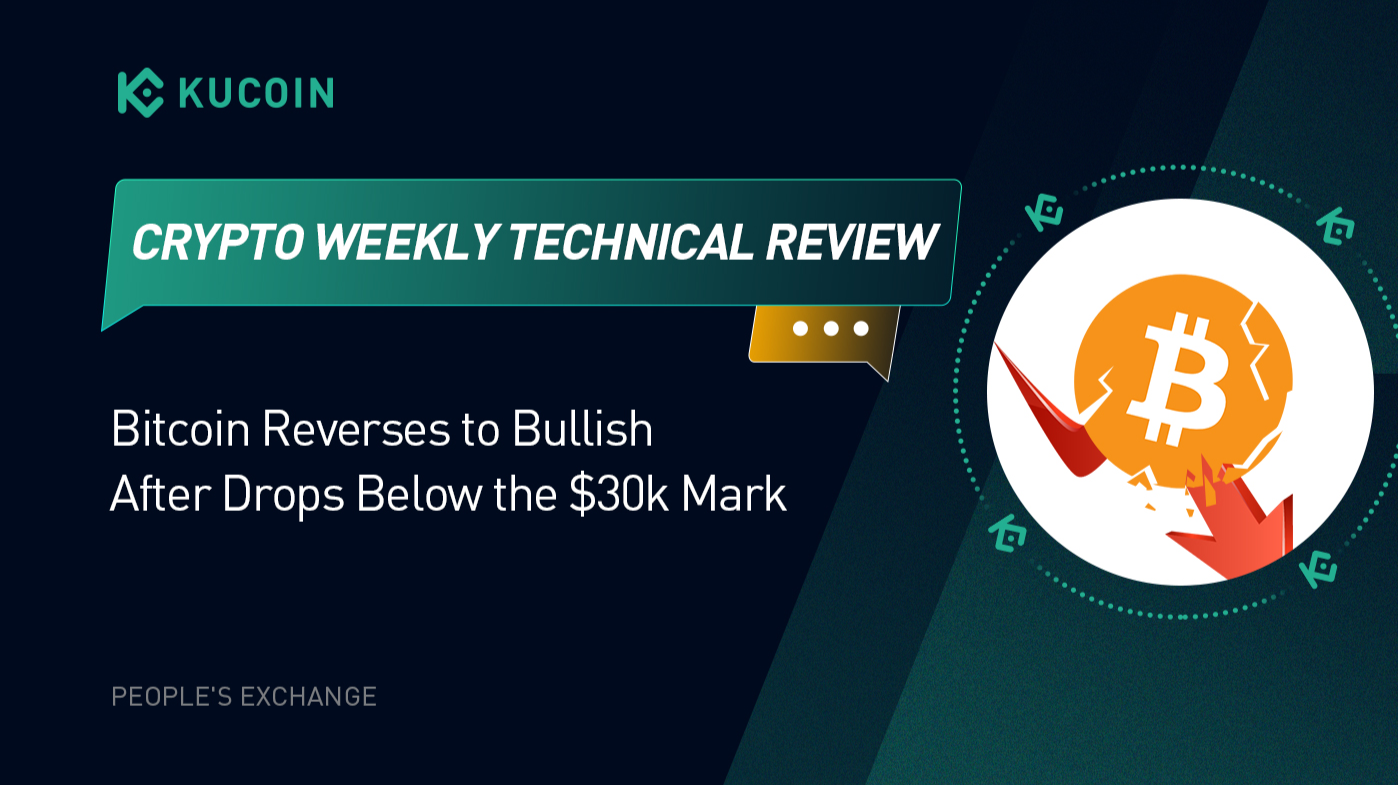 After the longest (and most lucrative) bull runs in its 10-year history, Bitcoin (BTC) broke below the $30,000 mark for the third time since the year began. While Elon Musk triggered the recent bearish sentiment, its persistence comes from a host of market dynamics, including last week's stock market selloff. 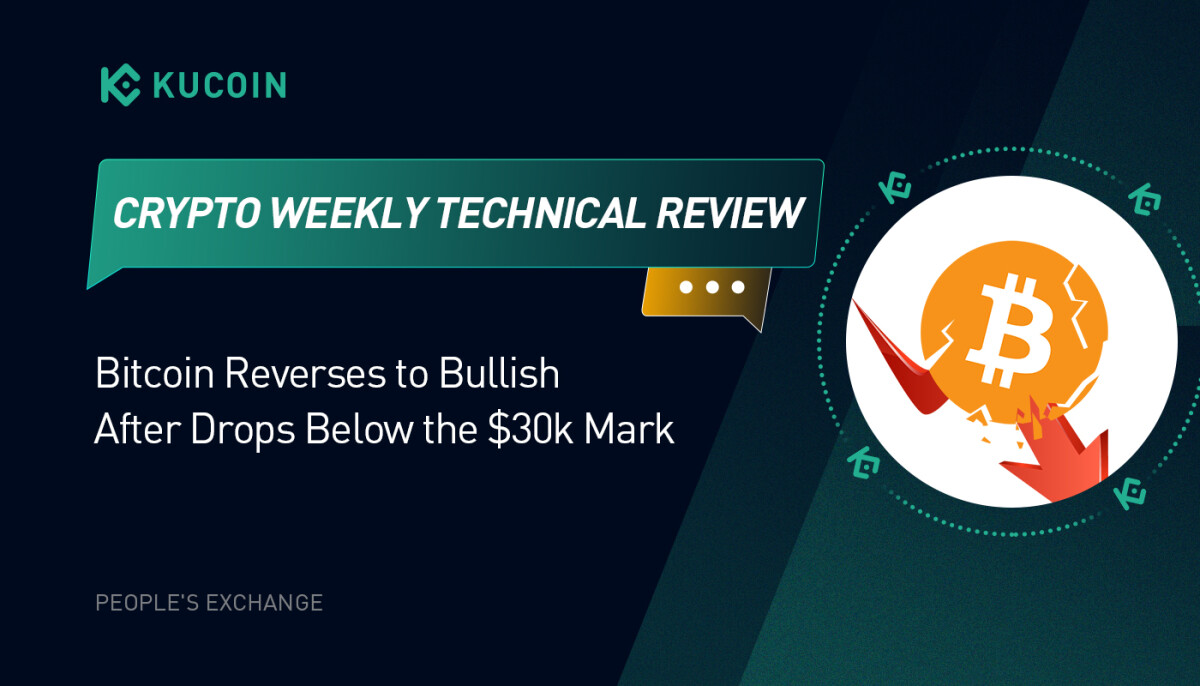 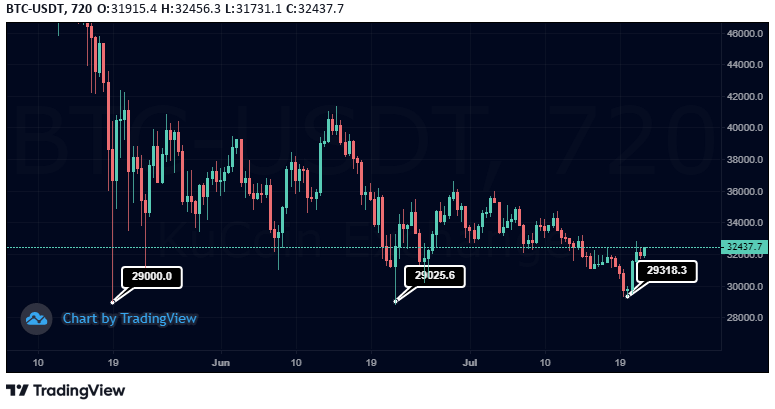 Although the exact cause of the decline is not known, crypto markets in other markets show sharp declines. This includes the Dow Jones Industrial Average, which recorded its biggest one-day decline since October. Analysts speculate that the action against BlockFi on Monday night by New Jersey's Office of the Attorney General may have also sparked fears of a broader approach by regulators, leading to stricter regulations. Previous regulatory action actions led to massive selloffs.

However, the largest cryptocurrency has changed course to bullish on early Monday, June 26.

Tuesday's drop below $30,000 was short-lived – in less than 24 hours, BTC breached and traded above the $30,000 mark. Contrary to what some observers expected, however, this had not triggered a major selloff. As of this publication, it is trading above $38,300. 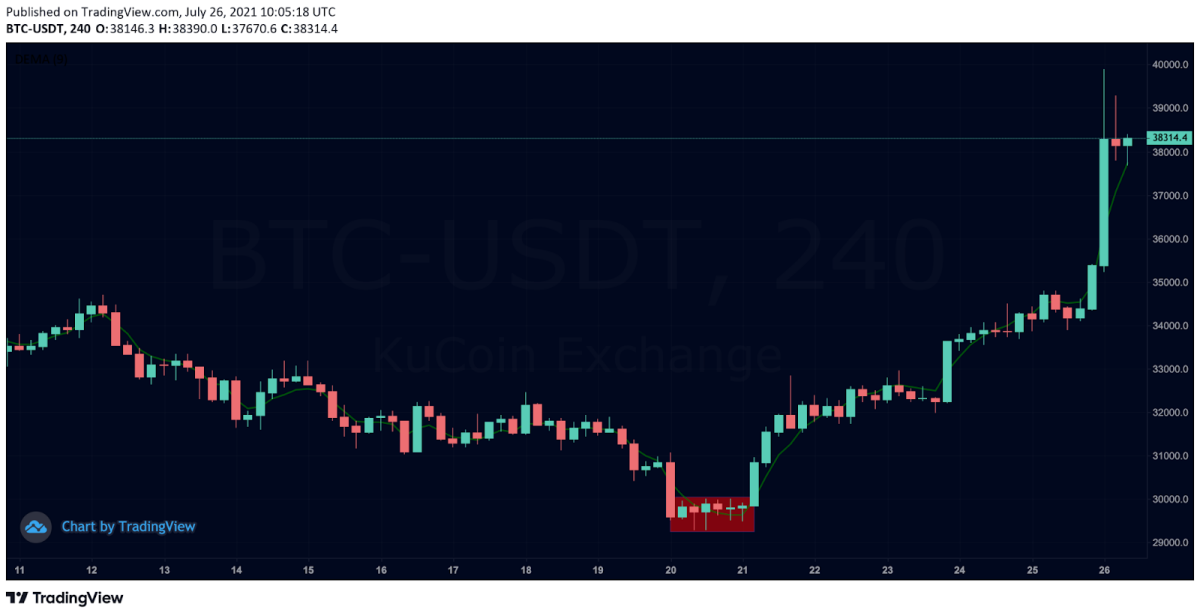 The current rebound shows that the drop below $30,000 was not driven by market selloff but market sentiment. While most investors are cautiously optimistic, it is emerging that BTC is losing its safe-haven status.

In contrast to the bear run, which began in May, yesterday's rebound shows that Bitcoin is also coming under pressure after a selloff on the stock markets shows one thing. In practice, cryptocurrencies are not yet perceived by most investors, at least for the time being, as an asset that serves as a 'haven' in times of worsening market sentiment.

The recent worsening stock market sentiment in Europe and Asia also weighed on risky assets, including Bitcoin and cryptos. More so, major central banks such as the European Central Bank (ECB) are stepping up their efforts not to fall behind in the race for the new digital currencies.

Typically, the safe-haven status has always been reserved for gold, bonds, or some currencies like the JPY. The recent trend in BTC mirrors that of riskier assets, such as stocks.

For the better part of the year, Bitcoin has faced major hurdles, especially on the regulation front. China, Europe, and the U.S have imposed major regulatory scrutiny on cryptocurrency. This, coupled with the concerns about the energy required in mining, has made even the hardcore crypto enthusiasts cautious about the asset, with some like Elon Musk suggesting that the only way out of the current rut is shifting towards renewable energy. 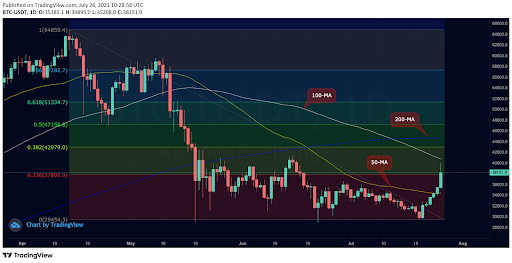 A break above $40,000 will face resistance around $43,000 near the 0.382 Fibonacci retracement level in the medium term. Note that this is the level last witnessed on June 18 when the 50-day M.A. dropped below the 100-day M.A. A successful breach above this level could successfully push BTC north of $46,000 in the medium term.

The BTC rebound could primarily come from the positive comments from Elon Musk, Jack Dorsey, and Cathie Wood. Elon Musk revealed that Tesla and SpaceX own Bitcoin, with Cathie Wood encouraging corporations to add BTC on their balance sheet and Jack Dorsey saying that it has been resilient.

Be that as it may, we all know that a single day's price action doesn't equal a trend when it comes to crypto. Consider that we're still in one of the worst bear markets for cryptos, where an estimated $1.3 trillion has been wiped from the market since May.

In the long run, we anticipate that Bitcoin's price action will be shaped by regulations in China, India, the U.S., and Europe.

Want to take advantage of the recent dip before Bitcoin shoots up to the north?