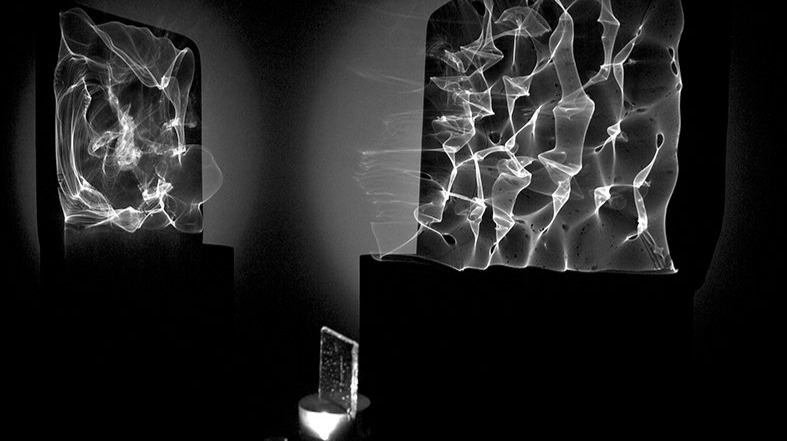 Glitch and the Art of Letting Go Part 2: Re-Contextualized Perception

This article is part two of a three-part series.

In the first part of the series, I discussed what glitch art is and how it functions as a meditation on the technological world in which we find ourselves. In part two, I would like to explore how glitch art can re-contextualize our perceptions, and provide a lens through which to see the limits of our biology.

Human perception is grounded in a biological system, it is organic; however, the programmatic interpretation of data by a digital system is purely logical and incongruent with the perception of biological organisms. The logical world of electronics is unaware of the biological world of the organism and does not embody the same prejudice of biology. While a scrambled JPEG with a melting face may appear as a glitch to the human eye, it is a perfectly logical outcome of the algorithm that produced it. The chasm between interpreting something as meaningful in a biological system and interpreting something as meaningful in a digital system is vast.

A glitch or a jolt can challenge the “truth” of our biological perceptions. By biological perceptions, I don’t just mean experience, but how those experiences are interpreted, how they are conceptualized, and how they become important. All of these faculties are grounded, for humans, in a biological system. A digital system perceives the same data in a radically different way. To glitch reminds us that the impressive technology that hypnotizes us so completely is not immune to corruption and imperfection. In a way, to glitch is to challenge the perfection myth of technology.

Not only does the glitch challenge the perfection myth of technology, but the glitch also challenges our biological system and broadens what we understand as meaningful interpretation. Letting go of the standards of our biological perception can challenge our interpretation of meaning and open up un-considered perspectives. It also engages us in a discussion of how limited our perception really is. Of course, all art does this, but most of it is fundamentally grounded in organic and biological materials and perceptions. In an increasingly digital world, this art, the art of biological organisms, may have less and less to tell us.

A number of non-glitch artists have been working successfully with these concepts for decades (Stelarc, Nina Sellars, ORLAN, Steve Mann, Neil Harbisson, etc). Though they are not explicitly considered glitch artists, they do all seem to converge on one point: they all let go of their grounding in biology in order to see or reveal something new. 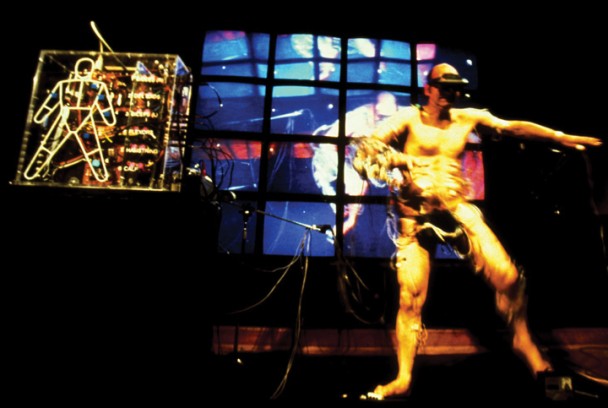 Here, images are taken from the internet and used to drive a muscle stimulation system, which moves the body. The intent is that the body becomes a synapse in an extended virtual nervous system. (1) 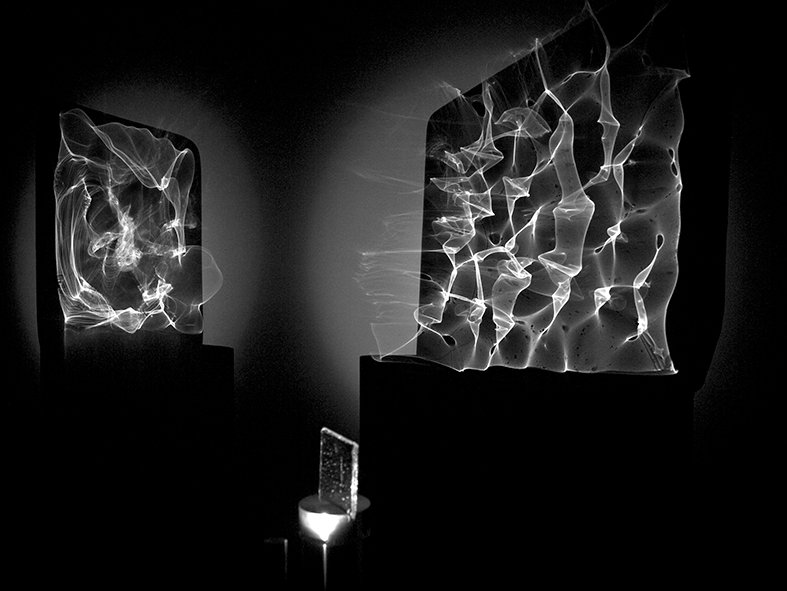 LUCIDA is an autonomous, image-making machine that uses light and glass to create a space that defines volumes without mass. (2) 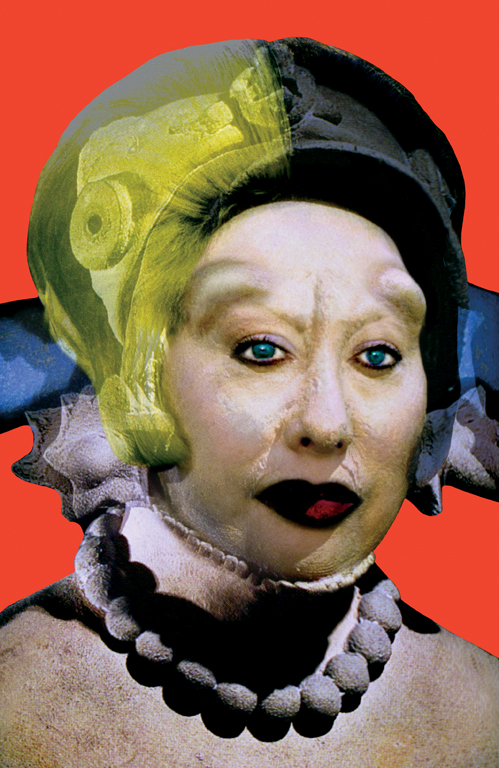 Orlan uses a combination of body modification, masks, sculptures and paintings to create a hybridized form. (3)

The glitch doesn’t just allow us to imagine the disruption between biological and electrical worlds; glitching also lets us visualize the disruption between dimensions, that is, between two-dimensional and three-dimensional worlds. Think of the Google Earth images that came out in the early days of the algorithm, where roads were stretched out like taffy and buildings looked like crumpled pieces of paper. These were the result of Google using a method of draping two-dimensional pictures across a three-dimensional texture, creating bizarre and unsettling images (4). What is interesting is not so much when the Google earth technique doesn’t work, but when it really does. When it works, it is seamless and hard to notice. In a future where the digital and biological have meshed, we may not even be able to recognize a distinction between the two.

The beauty of the glitch, however, is that it opens a crack in the surface and allows us to peer into the mechanism where we can recognize that we are being fooled, whether it be by biology or electronics. A day may come when we fail to see how we are being tricked by a digital landscape because all of the glitches have been fixed.

This brings one’s attention to the malleability of our own perception. Our eyes can deceive us, especially if our brain does not fully understand what it is looking at. A glitch is quickly and randomly processed through algorithms, so the malleability becomes more apparent much more quickly and jarringly. To take an acid trip you need to commit a full day to a new perspective; to delve into the world of sado erotic fantasy you need to commit to a lifestyle; to become a brooding philosophy professor you need to inhale enough library dust to suffocate a small child. All of these changes in perception take time, but glitching is instantaneous.

As more of our daily lives are digitized, the glitch will slowly become a normal part of our daily lives. If our biology is fooled and brought into a technological slumber, what will be made of us? In the final part, I will explore Alfred North Whitehead and what insights his process philosophy can give in light of the radical novelty of the glitch. 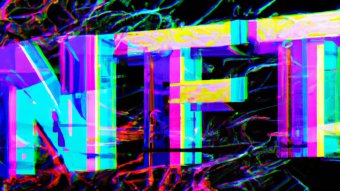 'I went from having to borrow money to making mill**$ in a day’: how NFTs are shaking up the art world 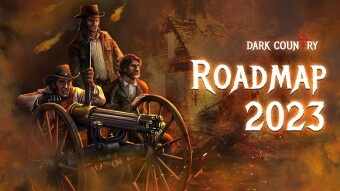 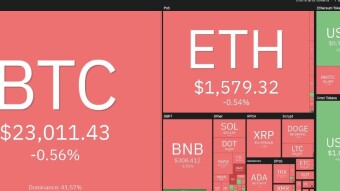 Why is the Crypto Market down today?