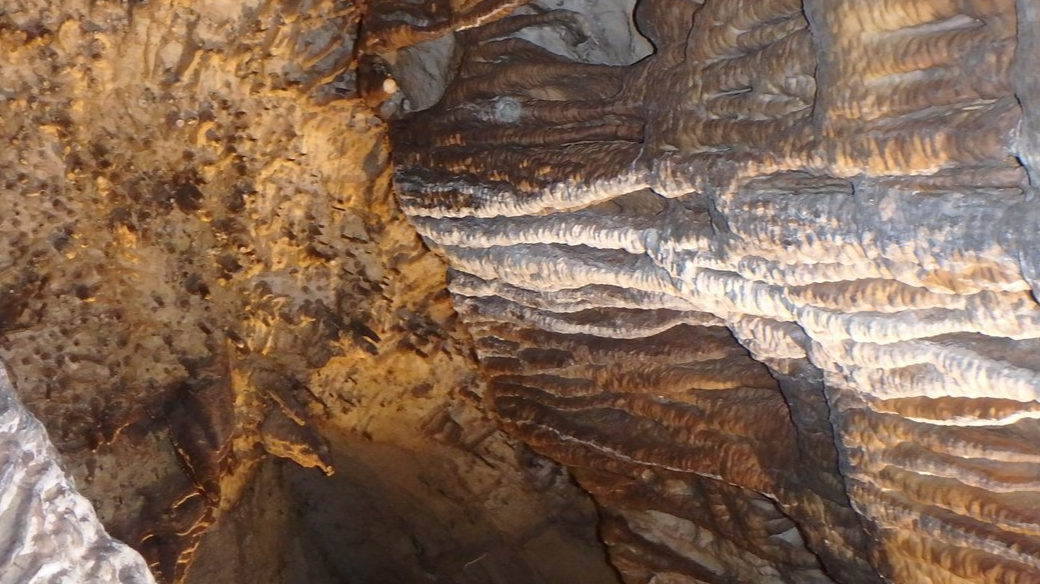 The Ruby Falls attraction is actually 95% cave walk. You take an elevator deep underground, walk through some interesting rock formation, then come to a huge underground waterfall. Nobody has been able to figure out where the water is coming from yet... 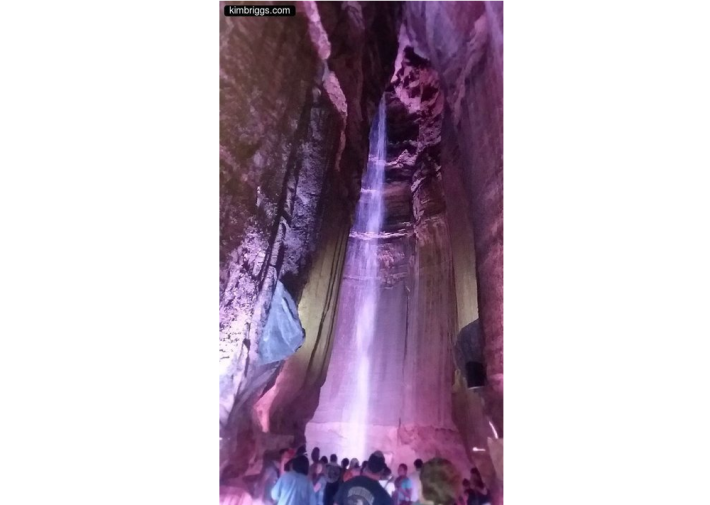 There is also a zip-line and a nice observation deck at this location, but I did not see any other trails to go on. The main attraction is the cave walk and there can be a pretty long line at the elevator going down. In addition, when for much of the cave walk, the path is so narrow that one group has to stop and let the other go by. 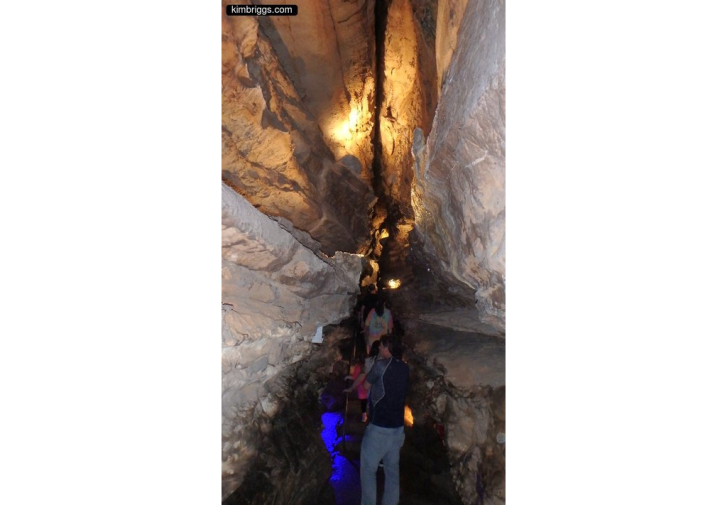 Still, I think you should visit this place at least once if in the area. There are a lot of interesting rock formations along the way and the Ruby Falls itself is impressive. 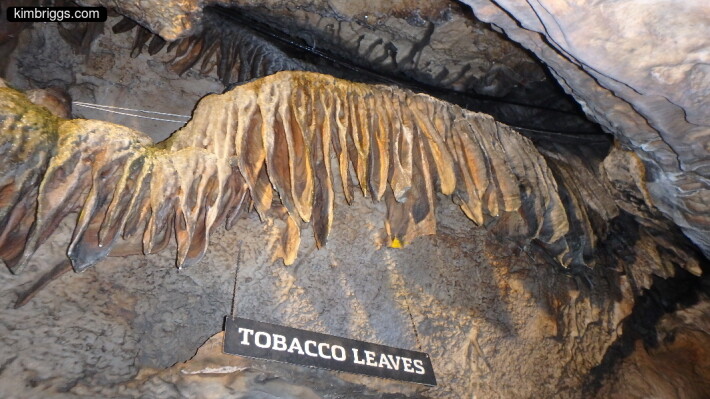 You can see samples of the rock formations and more about the site at my Ruby Falls Lookout Mountain photos page. 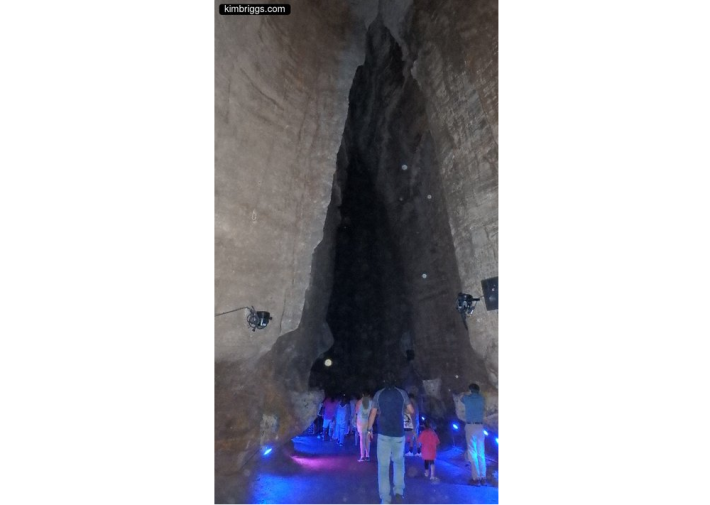 This is the first attraction when driving up lookout mountain and there is a huge sign here that says "Lookout Mountain", so I was asking people where the lookout point was... It turns out there is a public park with nice views (I didn't go), but the best views and walking trails are at a place called Rock City at the top of the mountain.  I have a whole page of photos from just Rock City. 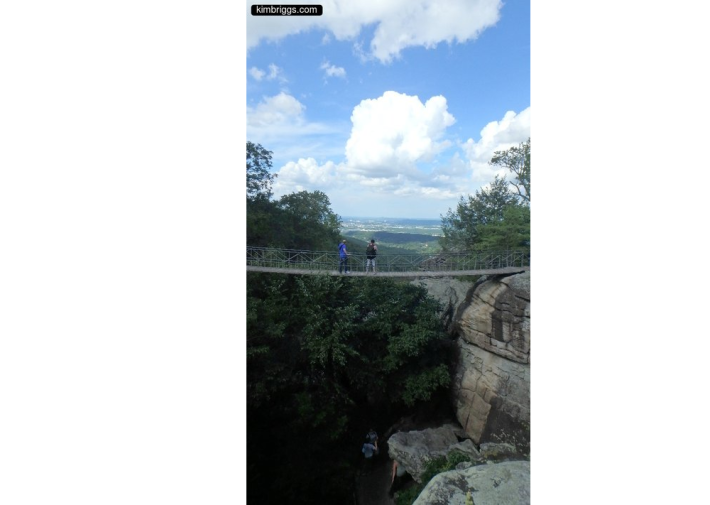