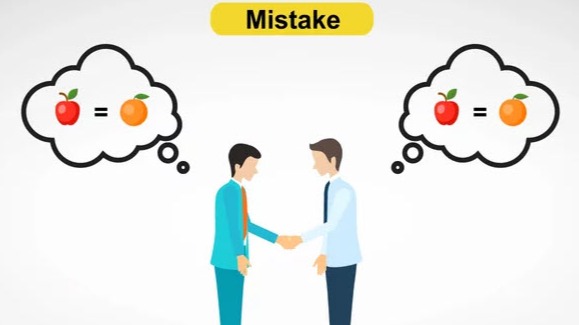 MISTAKE and the Legal Implications for Cryptocurrencies, Smart Contracts and Artificial Intelligence

No doubt, cryptocurrency is borderless and has become a worldwide phenomenon. Currently leading the way in this trend is Decentralized Finance (DeFi) and the move away from traditional order book trading to the more efficient Automated Market Maker (AMM) type of Decentralized Exchange (DEX). By replacing the order book in the traditional systems, the AMM systems use computers to run complex pricing algorithms and execute trades. But, let's face it, even computers can make mistakes and when they do, lawsuits can and will arise.

As noted and worthy of repeating cryptocurrency is borderless and worldwide. It is also a developing area in the law. As such, even a Court decision in Singapore could have wide reaching worldwide implications should a Court outside Singapore decide to follow its direction. Most of the time, Court's that are dealing with cryptocurrency issues are left to grapple with them in the absence of direct legal authority or legislative direction, forcing them to look outside their own jurisdiction for guidance. For this reason, it is interesting to examine the legal ramifications of a mistake made by an AMM in the case of B2C2 Ltd v Quoine Pte Ltd [2019] SGHC(l) 3, a case decided by Singapore's International Commercial Court.

FACTS OF THE CASE:

B2C2 entered into a membership contract with Quoine wherein B2C2 could trade cryptocurrencies with other counterparties utilizing Quoine's automated cryptocurrency trading platform (AMM). B2C2 initiated trades on the AMM trading Ethereum in exchange for Bitcoin. Due to a programmed functionality in the AMM which had unanticipated consequences by Quoine, the AMM executed the B2C2 trades at an exchange rate approximately 250 times the then current market exchange rate, all in favor of B2C2. The AMM automatically credited B2C2's account with the trade proceeds.

When the trades were later manually reviewed by Quoine's Chief Technical Officer, it was discovered that the trade were the result of an error. Even though the membership contract provided that all trades were irreversible, the CTO reversed the B2C2 trades.

Ultimately, the Singapore International Commercial Court ruled in favor of B2C2. The Court held that in reversing the trades Quoine was in breach of contract and had failed to establish a mistake that would render the contract void. As a result, Quoine was likewise in breach of trust. And accordingly, if the parties could not agree on the sum of damages between them, the Court would hold a subsequent hearing to establish the amount of damages.

For the purposes of this article, only the following novel issues present before the Court will be considered:

All of the other issues before the Court, while very interesting, are beyond the scope of this article. To the extent possible, we will discuss these issues individually.

DO AMM'S GIVE RISE TO ENFORCEABLE CONTRACTS:

The AMM in B2C2 permitted transactions to be entered into automatically, but did the transaction so created have contractual effect? This question was not raised explicitly in the B2C2 dispute as both the parties and the Court accepted the premise that contracts were formed even though they were conceived automatically by the AMM. Thus, based on the parties and Court's assumption, the transaction via AMM gave rise to an enforceable contract.

This assumption was not misplaced but was fully consistent with earlier legal authority specifically addressing the question. In a prior English case, Software Solutions Partners Ltd, R (on the application of) v HM Customs & Excise [2007] EWHC 971, in the area of software utilized by insurance brokers, the Court held: "the correct legal analysis is that the relevant insurers, expressly or impliedly, invited brokers who had access to the appropriate SSP software to use the computer programme for the purpose of contract formation, and that the insurers undertook that, if the brokers followed the pre-programmed procedures, they would be bound by the automatically generated result, even if they (the insurers) were temporarily unaware of the result." ([2007] EWHC 971 at paragraph 65)

As a result, the B2C2 Court implicitly determined that even when contracts are made electronically instead of manually, there is no alteration of the basic contractual legal principles. This type of reasoning will be critical when considering whether emerging technologies (i.e. smart contracts operating on blockchains) can have binding contractual effect when acting automatically (or in the case of AI, autonomously) in bringing parties together in contractual relationships. 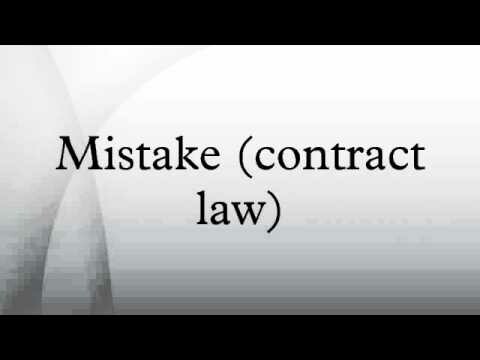 HOW IS KNOWLEDGE DETERMINED TO ESTABLISH MISTAKE IN AMM CONTRACTS

On this issue, the B2C2 Court first looked at an earlier Singaporean High Court decision which found: "[i]t is not really in issue that contracts can be effectively concluded over the internet and that programmed computers sending out automated responses can bind the sender....The fact that the acceptance was automatically generated by a computer software cannot in any manner exonerate the defendant from responsibility. It was the defendant's computer system. The defendant programmed the software." Chwee Kin Keong and Others v Digilandmail.com Pte Ltd [2005] 2 LRC 281 at paragraphs 134 and 136.

Rephrasing this, a predetermined program logic is equated with the action of the party engaging it. Thorley, IJ in B2C2 determined that when the law is presented a contract made between two computers acting as programmed without human input is void due to mistake, it is necessary to examine the mindset of the programmer at the time the program was written and not at the later time when the contract is entered into.

At this juncture a distinction was made by the Court between deterministic computers [produces the same output when given the same input (B2C2 at paragraph 82)] and artificial intelligence [noting that the latter could be said to have a mind of its own (B2C2 at paragraph 206)].  Finding that the AMM is largely deterministic, the Court stated that AMMs are "mere machines which in another age would have been carried out by a suitably trained human" (B2C2 at paragraph 208). The Court continued that with regard to robots or AMM's, the knowledge or intention behind the actions of deterministic computers "...cannot be that of the person who turns it on, it must be that of the person who was responsible for causing it to work in the way it did, in other words, the programmer. Necessarily this will have been done at a date earlier than the date on which the computer or robot carried out the acts in question." (B2C2 at paragraphs 209-210)

Applying this logic to the facts of the B2C2 case, the Court rejected B2C2's argument that the only relevant knowledge is the knowledge at the time of contracting. As such, mistake was absent in the B2C2 case as the relevant contractual knowledge was the knowledge at the time of the writing of the program itself. As the mistake was programmed into the AMM at its inception the imputed knowledge of the programmer of the mistake (and failure to correct the mistake) negates the proposition that the B2C2 contract was void by mistake and therefore legally enforceable.

The judgment in the B2C2 case seems to suggest the following:

Disputes in the area of disruptive technologies (e.g. distributed ledger, cryptocurrencies, smart contract , etc.) pose novel legal issues that are difficult to answer, especially in the absence of regulation. Innovations in technology have fast outpaced developments in the legal systems around the world. As technological and potential use cases continue to grow at light speed, the legal system is at the crossroads of developing ways to apply traditional legal principles to this innovative technology.

The decision in B2C2 may carry significant worldwide impact should Courts in other jurisdictions come to the same conclusions. These decisions will likely have legal implications for cryptocurrencies, AMMs, smart contracts, and potentially Artificial Intelligence. Courts in general must pick up the pace as the technology fields are growing exponentially.