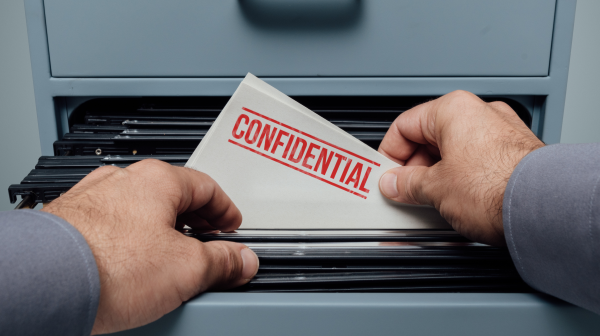 A brief review of the facts of this case is warranted. In US v Gratkowski, 964 F. 3d 307 (5th Cir, 2020), the defendant became the subject of a federal investigation in relation to a parallel investigation of a child pornography website. So as to utilize this website, the defendant paid for the service in Bitcoin. More specifically, the defendant herein used the virtual currency exchange Coinbase to conduct his transfers.

The Federal Agents investigating the subject child pornography website used an outside service to analyze the blockchain and identify a cluster of Bitcoin addresses associated with the website. With these addresses in hand, the Agents served a Grand Jury subpoena on Coinbase seeking all information on customers whose accounts were identified in the cluster. The Grand Jury subpoena was utilized by the Agents in lieu of obtaining a warrant for the information. Having identified the defendant in such a fashion, the Agents obtained a search warrant for Gratkowski's home wherein they located a hard drive containing child pornography and an admission from the defendant that he in fact was a Coinbase customer.

In District Court, Gratkowski was charged with one count of receiving child pornography and one count of accessing websites with intent to view child pornography. Gratkowski moved the Court for suppression of the hard drive and admission obtained by the warrant on the grounds that the Grand Jury subpoena to Coinbase and its preceeding blockchain analysis violated his rights under the Fourth Amendment to the United States Constitution (unreasonable search and seizure). The motion to suppress was denied by the District Court with the result of Gratkowski entering a conditional guilty plea to the two counts charged reserving his right to appeal the denial of the suppression motion. A timely appeal was made to the Fifth Circuit following issuance of a final judgment by the District Court.

By decision filed June 30, 2020, a three Judge panel of the Fifth Circuit Court of Appeals (Stewart, Dennis and Haynes, Circuit Judges) affirmed. As such, the District Court's denial of Gratkowski's motion to suppress was found to be proper and there was no violation of his Fourth Amendment rights,

The Fifth Circuit recognized that this case presented itself with the novel issue as to whether or not an individual possesses Fourth Amendment privacy rights in and to the records of their Bitcoin transactions. For a finding of governmental infringement of an individuals protection from unreasonable searches, the individual must possess a "reasonable expectation of privacy" in the items discovered [citing, United States v Jones, 565 US 400 (2012)]. However, the third party doctrine provides that an individual  "has no legitimate expectation of privacy in information he voluntarily turns over to third parties."[see, e.g. Smith v Maryland, 442 US 735(1979)].

By applying the third party doctrine, the United States Supreme Court has held that an individuals bank records were exempt from the protections afforded by the Fourth Amendment [see, e.g. United States v Miller, 425 US 435(1976)]. The Miller Court reasoned that individuals bank records were  "not confidential communications but negotiable instruments," which "contain[ed] only information voluntarily conveyed to the banks and exposed to their employees in the ordinary course of business." [Id. at 442]. In further examination of the third party doctrine, the Miller Court recognized that Congress, by enacting the Bank Secrecy Act [12 U.S.C. Section 1829], assumed the lack of individuals legitimate expectation of privacy in and to bank records.

The specifics of the case of Smith v Maryland, op. cit. at 742-744 applied the third party doctrine to telephone call logs. This Court held that individuals had no privacy rights in the phone numbers they dialed as they voluntarily conveyed such numbers to the phone company through the mere action of placing the call. However, in the context of cell phones, the Supreme Court decided differently in Carpenter v United States, 138 S. Ct. 2206 (2018). In Carpenter, the Court found that individuals did possess a Fourth Amendment privacy interest in their cell site location information (CSLI). Unlike bank and telephone call records, the Carpenter Court reasoned that CSLI disclosure would provide law enforcement "an all-encompassing record of the holder's whereabouts" and "provides an intimate window into a person's life, revealing not only [an individual's] particular movements, but through them [their] familial, political, professional, religious, and sexual associations" [Id. at 2217]. As such, CSLI  "implicate[d] privacy concerns far beyond those considered in Smith and Miller." [Id. at 2220]. 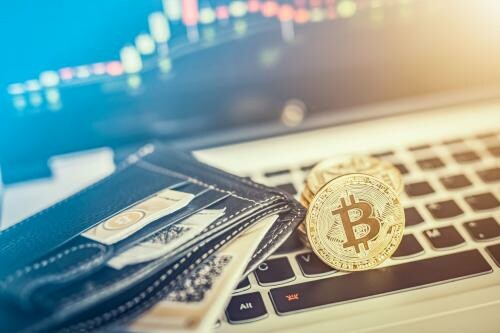 The Court found that  "the information on Bitcoin's blockchain is far more analogous to the bank records in Miller and the telephone call logs in Smith than the CSLI in Carpenter." Gratkowski 964 F. 3d at 311. In support of this finding the Court found the information on the Bitcoin blockchain to be limited in nature and that the transfer of Bitcoin requires an individuals affirmative act. The Court also noted that individuals using Bitcoin to transact business are unlikely to expect such information to be private (due to the publicity of the information in the publicly available blockchain) thereby undercutting any claim of a "legitimate expectation of privacy" [Id. at 312]. In reaching this determination the Court downplayed the greater degree of privacy present by using the Bitcoin blockchain over more traditional money transfer vehicles.

Gratkowski likewise cited Carpenter to argue he possessed a reasonable expectation of privacy in the Coinbase records documenting his Bitcoin transactions. In this regard, the Court held that the Coinbase records were, in its opinion, more similar to the bank records in the Miller case than the CSLI records in the Carpenter case. Gratkowski's argument in this regard was likewise rejected by the Court.

The Court found that Coinbase is a financial institution that, like traditional banks, is subject to the provisions of the Bank Secrecy Act. The only difference between Coinbase and the banks is that the banks deal with physical currency whereas Coinbase deals with virtual currency. But these records maintain by Coinbase are limited, and as such do not provide the "an intimate window into a person's life" [Carpenter at 2217] requirement to elevate the privacy protections contemplated in Carpenter. Additionally, contrary to Carpenter, transacting Bitcoin through a virtual currency exchange (Coinbase) requires deliberate and affirmative action by the individual [See, id. at 2220]. Interestingly, the Gratkowski Court noted that Bitcoin users possess an independent vehicle to transfer their coins outside of virtual currency exchanges acting as third party intermediaries. Those who lack the technical abilities to transfer coins without third party intermediaries may elect to forfeit some privacy by utilizing the services of Coinbase type exchanges.

In a footnote to the Court's decision, the Court noted that as they found no privacy interest in his information held on the Bitcoin blockchain, "Gratkowski's argument—that the federal agents' method of using a "powerful and sophisticated software" to analyze the Bitcoin blockchain intruded into a constitutionally protected area and violated the Fourth Amendment—lacks merit" [Gratkowski at 313]. As constitutional privacy interests are lacking in the blockchain information, there was no intrusion into a constitutionally protected area requiring suppression of the information.

Applying the law to the facts of this case, the three Circuit Judges in Gratkowski, in their opinion, found that Fourth Amendment privacy rights do not apply to cryptocurrency data held on the blockchain nor to transaction data that stems from an virtual currency exchange.

This case is a highly controversial decision. The cryptocurrency world will remain unsure of how this decision will affect other US lawsuits going forward. Traditionally in the United States, Court decisions rendered by the U.S. Court of Appeals, in the absence of an on-point U.S. Supreme Court ruling, tend to become formal standards for other courts in future decisions by virtue of the doctrine of stare decisis. As such other Judges in future cases may utilize the Gratkowski case as leverage to further erode the privacy expectations we currently have and enjoy with respect to cryptocurrency transactions through utilization blockchain technology. Our privacy in this area may be threatened.

Please note that this writer's observations in the preceding paragraph constitute merely one man's opinion regarding this case. You may agree or disagree, that is your personal prerogative.