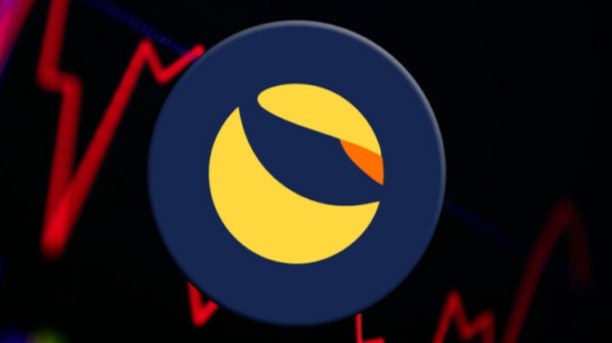 The price of the algorithmic stablecoin UST has fallen dramatically below peg and looks like it may never recover or be able to recover in the future if it does indeed somehow reach the $1 mark this time.  Stablecoins coming a little off of peg is nothing new.  Recently we saw a drop down below $0.30 in UST which is very disconcerting and disheartening for those holding the coin or Luna which is is intertwined with.

Note: I actually started writing this article last week focusing on the vulnerabilities of UST but decided to hold off releasing it until Monday when all hell broke loose.  I've delayed a few more days now and had to do a large rewrite due to my poor timing.

UST is the stablecoin for the Terra network and is backed by the networks native coin LUNA.  Using a burning mechanism, the network has always had the ability to bring UST back to peg when it has slipped off in the past.  This system, however, could prove much difficult if the price of LUNA continues to drop as we have seen happen during the past few weeks and is now down well over 50% from its all-time highs.

This is key for those holding the coin on the networks key DeFi platform, Anchor, who has been known for offering up to a 20% yield on UST.  Those yields have dipped to 19.5% recently and will dip further soon.

In addition, Terra has been in the news buying up piles of Bitcoin to help support the UST peg price held by the Luna Foundation Guard.  Terra has recently stated that it will lend out $750 million dollars worth of BTC and UST to help the third largest stablecoin, as measured in market cap, recover to the $1 mark with new estimates being closer to double that amount.  Blockchain transactions show that they have transferred all of their BTC out of their wallet in a an effort to help save UST with around 37,000 BTC going to the Gemini exchange..

Terraform Labs co-founder Do Kwon continues to try to keep investors calm despite the recent turbulence but that might not stop the bleeding.  A significant amount of UST has been traded for USDC, another stablecoin, on Curve.  Some believe that a coordinated attack is being made against UST and LUNA to hurt the Terra ecosystem with this being promoted by Do Kwon on his Twitter account.  Ironically, Do Kwon's bio on twitter is "Master of Stablecoin" which has proven to be the exact opposite of reality but he still believes based on recent tweets.

UST is not the first stablecoin to lose its peg.  Just last month, Neutrino, an algorithmic stablecoin attached to the WAVES blockchain, also fell below a dollar and was valued around $0.90 before UST collapsed causing it to fall even lower.  Still it is holding up better than the more popular UST at this point.

Do Kwon is thought to be one of pseudonymous co-founders of another algorithmic stablecoin, Basis Cash (BAC), which failed even worse than UST.  Basis Cash never was able to hold to a $1 peg and the token now sits at less than a penny and is believed to be abandoned by its founders.  The ERC-20 coin launched in late 2020, no too long before the launch of UST.  It did achieve a market cap of $54.5 million before the collapse, well below the one $15 billion mark of UST but did serve as a red flag towards problems with algorithmic stablecoins (also known as Algos).

Even the largest stablecoin and third largest coin overall, Tether (USDT), has fallen off its peg in the past despite not being an algorithmic stablecoin.  In 2017, USDT fell to around $0.91 before recovering but it took around three weeks to do so.

Please note I have never personally owned UST or LUNA, nor been involved in the Anchor protocol.  I do own USDT which I currently stake and a small amount of BUSD used to interact with DeFi platforms on the BSC network, however no stablecoins are perfectly backed in fiat or treasuries including the two I own.  I do believe in allocating a small percentage of my portfolio to risky plays like Anchor offering higher yields, but didn't like what I found after researching the protocol when considering it.

My issue with UST and the Anchor protocol in general is that it never appeared to be a sustainable model.  They have been paying out close to 20% yield by lending out the collateral used to borrow UST and gaining interest on those loans.  The problem is the yield on those loans are closer to 10% and even with Anchor earning yield on those assets, it doesn't come close to the amount they are paying out. On top of that, Anchor pays users who are borrowing about 7% in their native ANC tokens.  Yes, you get paid in crypto to borrow - interesting.

In addition to the model, algorithmic stablecoins are inherently risky and an unproven model.  Other algorithmic stablecoins have lost their pegs so this latest occurrence shouldn't come as big surprise even though it is one of the largest stablecoins.  Their yield model also appears like something the SEC in the US might go after as it clearly resembles a unregistered security so future regulations could be in store.  Celsius and BlockFi have both had to pull their US interest paying features so Terra could be looked into soon.

Interestingly, on Monday the Federal Reserve released a report titled the Financial Stability Report - May 2022 in which it declared three different assets that held funding risks; money market funds (insured by the FDIC), certain bond funds, and stablecoins.  More specifically the report pointed out that the stablecoin sector "remains exposed to liquidity risks" and were "vulnerable to runs."  What prophetic timing indeed.

I know many who viewed UST and the Anchor Protocol as a very safe model to get fairly high yields.  In reality, any yield over 8-10% on a stablecoin is likely to come with a decent amount of risk.  It is because some see it as so safe that in reality it is so risky as they may put in a large percentage of their portfolio into the protocol without understanding the true risk.

It does appear that UST could well suffer a similar fate to Basis Cash which will place a black mark on the crypto market as a whole.  As holders continue to pull out and liquidity fads, the entire Terra ecosystem looks in serious trouble to me.  In addition, the future of Algos in general looks in doubt and I would certainly steer clear based upon what we know now.  That said, none of this is financial advice and please do your own research.

So what does the future of stablecoins hold?  I have to believe regulation is coming sooner rather than later which will add much needed credibility to the space especially after the UST disaster.  I personally hope we see future stablecoins that are both decentralized and overcollateralized.  Being decentralized will allow anyone to see the reserve holdings on-chain for themselves while being overcollateralized will give everyone full confidence the coin will maintain its targeted peg value.

I believe that stablecoins will be the future digital currency used for everyday purchases at some point in time.  Non-stablecoins are too volatile in nature although I do see some of the bigger coins being used as well along with potentially coins run by the retailers themselves.  Stablecoins will be an entry point for many new to the crypto space and it is imperative we can trust them as much, if not more than, existing fiat currencies.  Unfortunately UST looks to be a failed experiment, now we can only hope that much safer alternatives lead the charge moving forward.