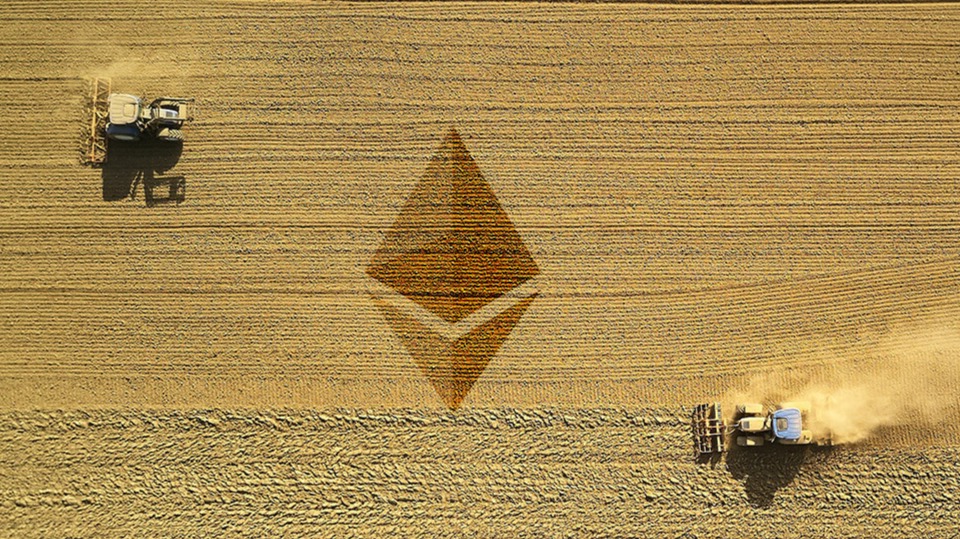 When many people think about DeFi, perhaps one of the first things you will think about is Ethereum. In the last few weeks the talk has been all DeFi, with coins having to do anything with DeFi surging in price, but not Ethereum.  Why hasn't Ethereum's price been rising like all the other DeFi coins, after all, most DeFi is built on Ethereum.

There could be many reasons, let's dig into this more.

Like I mentioned above, anything DeFi-related has been on fire the last few weeks, with many of the coins experiencing gains of over 100%.  Compound at one point was up over 300%.  During the last few weeks, this recent DeFi trend was kicked off by investors who are wanting big returns by Yield-Farming.  This all kicked off when Coinbase released Compound onto their exchange.

As you can see in the picture below, money is flooding into the DeFi. At the beginning of June there was approximately $1.00 Billion dollars in the market, but by the beginning of July, this amount of money was on pace to double very quickly already at $1.86 Billion.

But why hasn't this DeFi hype cycle had any effect on Ethereum's price? After all, Ethereum is basically the father coin of DeFi, with most everything built upon it.

A former Goldman Sachs partner recently said that he believes there are three big reasons for why Ethereum hasn't increased in value along with the other DeFi-related coins.

1) He believes that the first reason might be that investors are preferring direct exposure to the tokens.

2) The second explanation might also be the introduction of alternative collaterals.  This means that investors no longer need to buy ETH to participate in the DeFi lending.  During the last bull run, it was necessary to buy ETH in-order to participate in the ICO's that were taking place.  This caused the price of Ethereum to skyrocket up over $1,400 at the time.

3.  The last reason was Ethereum's 2.0 transition.  He believed there is a lot of uncertainty around the transition, with many worried that it may break its composability, which he believes is crucially important to DeFi.

I think he is absolutely right.  In some ways the rise in popularity of DeFi looks very similar to the rise in popularity ICO's during 2017/18.  But that was never going to be a sustainable model for success in my opinion, and when the bubble burst, we were sent into the next bull run for 3 years.  This appears much more sustainable in my opinion, we have built something that will last for a lengthy amount of time.  So it isn't necessary for Ethereum to skyrocket at the onset of the DeFi popularity.  I believe that will come later.

At the moment, Ethereum 2.0 is definitely the most important thing for Ethereum and it's price.  Just like how we have been seeing with Cardano's Shelley during the last 2 months.  When there is a firm release date announced for ETH, that is when things will jump off.  And even more so when it is launched, with the ability to then stake, which will take many coins off the market.

I'm incredibly bullish, but it is time.  We can't see any more delays.

What do you think is keeping the price of Ethereum down while all other DeFi coins seem to be in a bull run!?