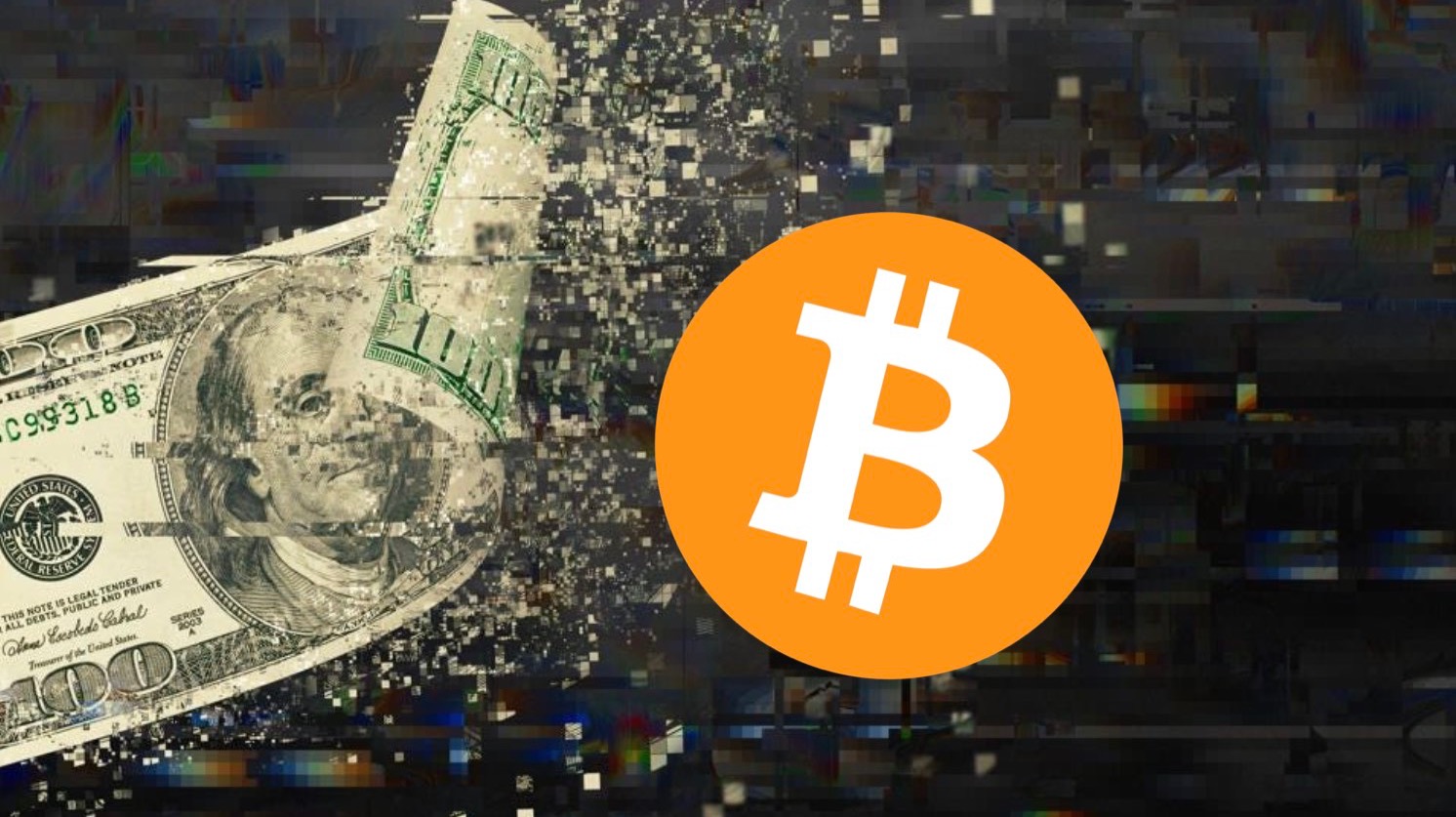 Why Bitcoin's Price is Dropping

Bitcoin's price has been faltering as of recently, and usually that would be just more of the usual.  After all, bitcoin and crypto in general, are arguably the most volatile assets out there.  That is how it always has been.  A handful of years ago, when the market cap for bitcoin was smaller, it was common to see daily price fluctuations of upwards or downwards by at least 10%.  Often times much more than that.  But fast-forward to today and the market begins to panic once bitcoin has dropped 1% or more. Times are different.  There are a lot more people involved, and there is also a lot more money invested as well.  But most of all, the expectations are higher.  During those early days of bitcoin, everyone knew that investing into bitcoin was an extremely risky venture.  There was a real risk that you could lose everything.  While the regulations for bitcoin are pretty still undefined today in many places, it was much more so back then.  There were real concerns that the USA and world would ban bitcoin.  That governments may even criminalize owning it.  One thing that separates people in the space today, compared to people in the space back then were the ideals that they had.

Most people would agree that a large percentage of people investing in bitcoin and crypto today are merely in it for the most.  To make as much money as they possibly can, and change their lives financially forever.  There is no harm in that ideal.  After all, that was the reason that I first got into cryptocurrency as well.  But, there is a real argument to be made that people in the bitcoin space years ago were more so in it for the tech.  Trying to make a better money for the world.  A permission-less, decentralized currency, that could be transacted with anywhere, anytime and with anyone.  All without needing any other 3rd party to make it happy.  A currency that the governments couldn't control and inflate its value away. A currency that regular people could actually be rewarding for saving their hard-earned income.  Now don't get me wrong, there were always people in it for the money, but the percentages have changed quite a bit throughout the last few years. 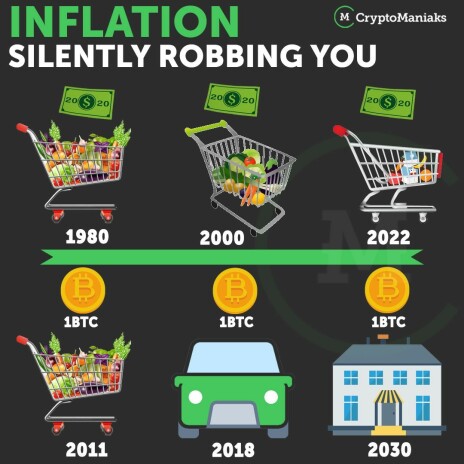 This brings us to our current issue.  The price of bitcoin has been dropping recently and it has been due to 3 main reasons.  The first was covid panic in the market.  Then came inflation worries, and then the Russia/Ukraine war.  All of these things have put panic into the holders of bitcoin and caused the price to drop. The interesting thing is that this wasn't always the case.  During those initial years of bitcoin, when people were in it for the tech, and considered it to be a huge tool to fight off or survive inflation. During those times, bitcoin would actually see its price go up.  Many people were expecting the price of bitcoin to drop this week once the US announced their monthly inflation numbers.  As I mentioned before.  In years past, inflation worries would have caused the price of bitcoin to soar.  But, that is no longer the case.

There are a few reasons for this.

The first is that there is a different type of investor in the bitcoin market now.  The last few years we have all been clamoring for the price of bitcoin to go up.  For that to be achieved we were hoping that more companies such as Tesla would put bitcoin on their balance sheets.  We were hoping that hedge funds would devote money to this market as well.  We were all wanting to see ETF's and other financial products brought to bitcoin.  We wanted Wall Street, and Wall Street did in-fact come.  But, now we have to deal with the consequences of that.

Investors in Wall Street are not the buy it and hold it type of investor.  They are all about making profits.  They will not HODL when the price of bitcoin is dumping.  They have to save face to their customers and employer, otherwise they will be out of a job.  At the end of the year, if bitcoin has seen a yearly increase of 10%.  They are more than happy to sell out of their position to capitalize those profits. They are different than you and me, who view bitcoin as an asset that must be held onto for several years at the minimum.

That would explain why the price of bitcoin drops at key moments of the year.  Such as at the end of the year, business quarters, or right before taxes need to be paid.  Or even when the price sends panic in the market.  But that doesn't explain why the price of bitcoin has recently been dropping during these key moments of inflation worries.  A situation that bitcoin was essentially built for, and previously thrived at. 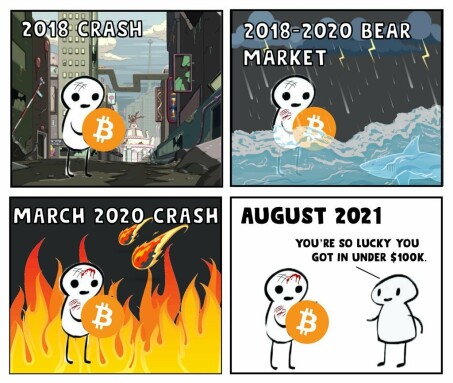 The harsh reality is that the main consensus is that bitcoin is "not yet" the safe haven asset that everyone is looking to buy during times of inflation worry.  In that situation, cash and dollars are still king.  But, that doesn't mean that bitcoin will never reach that point.  In fact, I feel that it will with a certainty.  The only question is when?  Bitcoin is still extremely young, and only 12 years old.  Barely a teenager.  It hasn't reached its peak maturity and probably won't for quite a while.  For that reason, there is still a lot of uncertainty in the asset, and a lot of trust that needs to be earned.  There is still an extremely large percentage of the world population that knows nothing about bitcoin and its qualities.  Wall Street is treating bitcoin like a tech stock, and that is why the price drops during times of inflation and panic.  It is at those times, that people shift their focus onto cash, and also investing into assets that are considered extremely safe. Bitcoin will get there, the only question is when.

Personally, I am glad that bitcoin isn't considered the safe-haven inflation asset yet.  If it was, that would have caused a stampede rush towards bitcoin that would have caused its price to soar to astronomical numbers. Instead, I'm more than happy to take advantage of these lower prices and accumulate even harder.  These prices will not last forever. Remember, just two years ago the price of bitcoin dropped to $3,500.  There was panic in the market, and real concern if bitcoin had already seen its best days.  Doubts that it would ever surpass $10k again.  Of course, now we know that not only would it surpass $10k, but it would make new all-time highs and eventually march up to $69k.  People who were able to take advantage of those price dips two years ago have most likely been able to build a portfolio that could potentially change their lives.  Two years later from today, there's a high chance that we will look back at current prices and be saying the same thing.