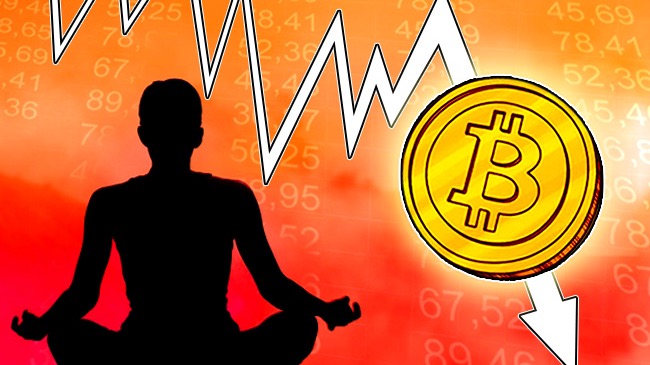 Things Are About To Get Bumpy For the World and Bitcoin

We have reached a point in Bitcoin and cryptocurrency's history that we are now dealing with something that it has never had to experience or survive through.  Yes, as I'm sure you're already aware, war has broke out between Russia and Ukraine, and I'm afraid that this situation is only going to grow and become worse.  My heart goes out to those involved, and hope that everyone can stay safe.  But when it comes to bitcoin and crypto, this is something new that it is having to deal with.  Coincidentally, at the exact time that bitcoin is becoming a big player in the macro investing world.  It is situations like this when it is important to take a step back, and think about what is really important, what your goals are, and why you do the things that you do.

Why Do I Invest in Bitcoin and Cryptocurrency?

Just like many of you, I initially got into bitcoin for the potential monetary gains.  I saw it as the next great investing opportunity and as my chance to finally achieve financial freedom.  Breaking away from the tedious 9-5 job, being able to provide for my family, and retire early in a beautiful place.  Many people come to bitcoin for the potential gains, but will go down the rabbit-hole and stay for the technology.  For me at least, it is these type of recent macro events with Canada freezing people's bank accounts.  And now even more so with the continuing situation in Ukraine where people are evacuating and trying to gather as much as their wealth/personal belonging as they can.  There has been a limit placed on ATM withdrawals, and people are being basically forced to leave their life savings behind.  That is where the magic of bitcoin and crypto come to play.  Even more so than gold, which is heavy and difficult to transport.  Also being easily susceptible to theft or being seized.  Bitcoin on the other hand is far more difficult to seize.  In fact, you can take your bitcoin out of your country without even holding your cold storage device.  By just memorizing a 12 or 24 secret key phrase, you can travel anywhere in the world, and still have access to your crypto.  A fact that many are learning the hard way right now.

So you came for the money and gains, stayed for the technology and freedom that crypto can offer.  But now what?

In the past, this is when I would try to do anything to accumulate more.  And I still am to a certain extent.  I'm still dollar-cost-averaging every day I get paid.  Keeping cash on the side to take advantage of large dips. I'm still lending out bitcoin, ethereum and a few other coins.  I'm still staking as well.

But, I'm being much more careful about what I'm doing.  Many people think that crypto funds being kept on exchanges, or crypto being lent out to third companies are relatively safe.  But you are actually taking on quite substantive risk, especially with the later option. 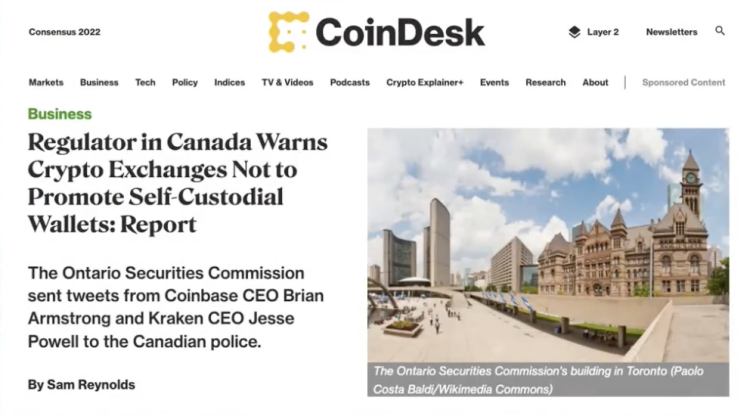 With exchanges, people in the past were mostly concerned about possible hacks that would result in these companies losing your crypto.  While that will always be a potential risk, the newer fear is that governments will freeze accounts that are on these exchanges.  Jesse Powell, the CEO of Kraken was asked about this exact issue.  He admitted that if asked, Kraken would be forced to comply with the government, and that if you were concerned, that you should absolutely withdraw your funds and take self-custody.  If that was the end of the story, that would be something that you need to heavily take into consideration.  But after he announced that, and Coinbase's CEO also agreed, the Canadian government wanted to take criminal action against these CEOs.  While sometimes it can feel like we are a bit of a tin-foil conspiracy theory group, the fact is that many times the worst possible scenario will play out, and you need to be prepared for that.  I can't imagine how I would feel if I had suddenly lost all the crypto that I had worked so hard to accumulate.  It would be devastating.

Finally, the concerns with lending your crypto out to third party companies.  BlockFi was recently handed a $100 million dollar fine for dealing with "securities" by offering a lending product.  They then blocked all USA users from depositing funds into their interest accounts for the foreseeable future. Ledn, and Nexo would then follow suit with the same rules for USA users.  The thing is that not many of these companies will be able to survive after being given a fine for that large amount of money.  Then also adding the fact that there were already large doubts about how these companies were making money, and if they were actually turning a profit.  Becoming insolvent, especially if a recession or Great Depression comes is a real risk.  These companies have it written in their terms of conditions, basically saying that if they go belly up, they have no obligation to return any funds to you.  During this economy and world geopolitical situation, that should give you great pause.  And also just like with exchanges, funds can be frozen at any time.

This places even more importance on the following sentence.  Only lend out or put the amount of crypto on exchanges that you are willing to lose.  Because there is a non-zero chance of that happening.

I still have a small portion of crypto on exchanges, and also have a decent amount of bitcoin that I am still currently lending out. But I am beginning to cut back and limit my risk for the time being.  When the world becomes crazy, it is important to preserver what you have.  With that said, I am ready and waiting to go all-out, if any deep dips come my way.

How about you? What is your mindset during these crazy times? Have you changed your crypto investing approach, or your bitcoin lending strategy?