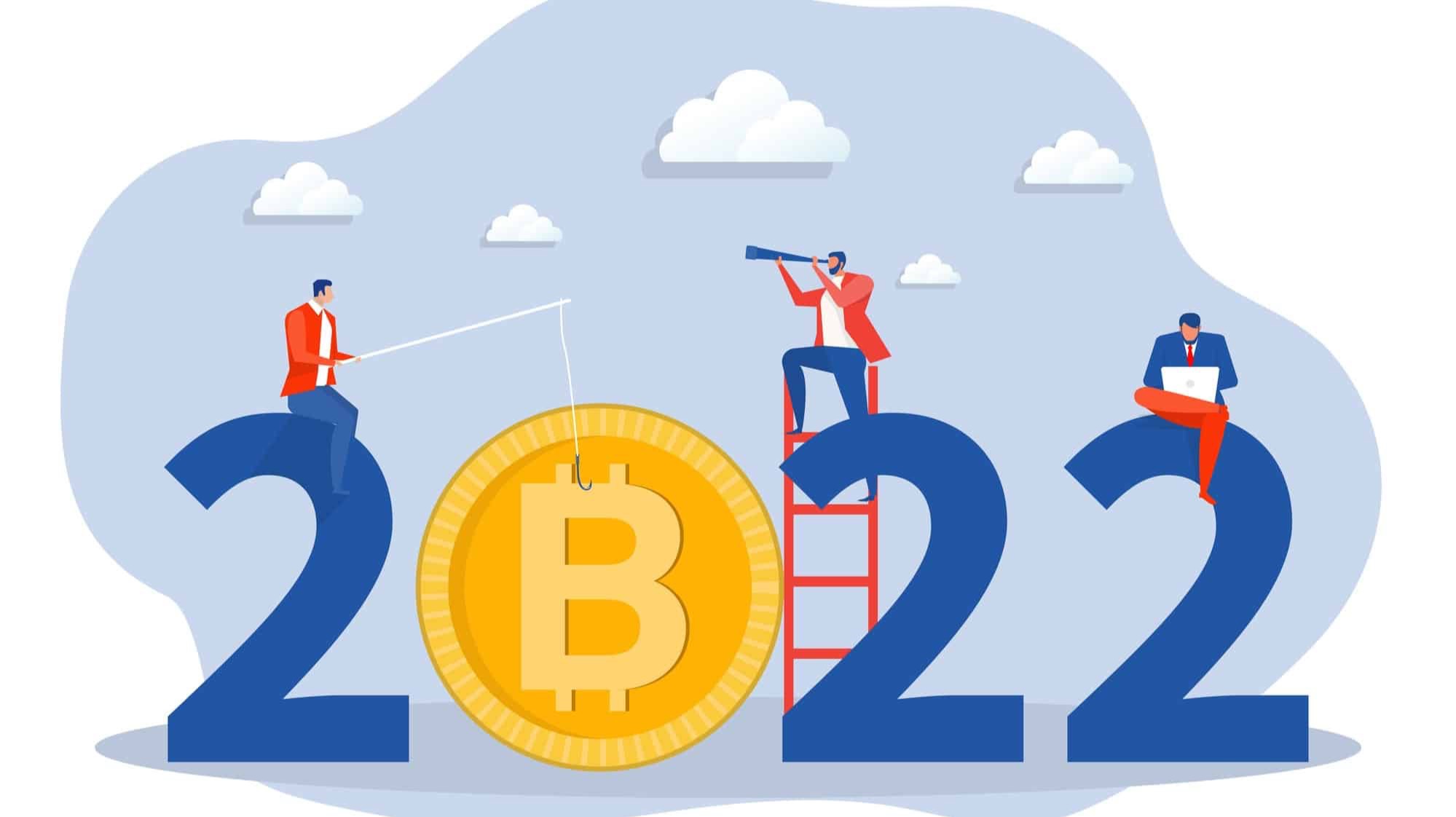 It's hard to believe, but the year 2021 will be soon coming to an end.  This has been one of the craziest years I can remember since getting into cryptocurrency and I believe most others would agree.  From countries adopting bitcoin, to meme coins and NFT's getting huge mindshare with their hype.  It was a year that had moments of extreme bullishness and also extreme bearishness.  The year went much different than most of us were expecting. In fact, it has been unlike any previous bull run.  But, if you have been in the market for at least one year and have been able to hold your coins throughout, you are most likely still doing very well.  I recently wrote an article talking about the year 2021 in review, but today I will be talking about things to look forward to in 2022.  The great thing about being interested in the bitcoin and cryptocurrency industry is that each and every day is new and exciting.  Anything could happen, and more often than not, there is never a calm moment.

So without further delay, let's talk about things to watch out for next year, in 2022. 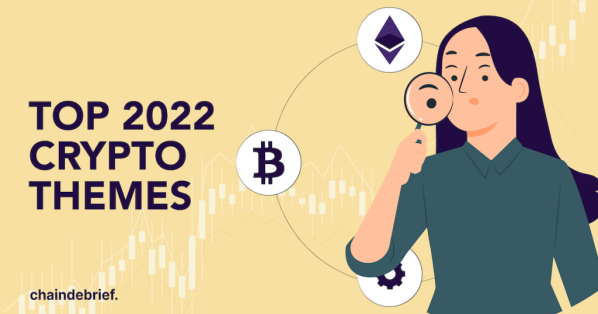 This is a very basic premise, but each day that bitcoin survives is pretty unbelievable and also bullish.  With each block that bitcoin mines, bitcoin becomes a little bit stronger.  When it was first released, bitcoin was a "crazy" experiment that had a very good chance of failing.  It had an even better chance of being regulated or banned by governments.  But, it was largely ignored at first, and that was the luckiest thing that could have happened.  Even now, the US government and other governments around the world are still considering what to do with bitcoin.  During this slow decision period, bitcoin is becoming stronger and stronger.  To the point that it is probably too late for governments to stop it now.  Even during the most bearish moments, always remember that each day that bitcoin is alive and running, it is a bullish day.  There are two outcomes that are most probable for bitcoin.  It will either go to $1 million per coin or more.  Or it will go to zero.  Each day it survives, it makes that first outcome a higher likelihood than the last one.  Not even China banning it, and the huge mining exodus from that country could defeat bitcoin. Even more bullish times are ahead.

The long-delayed development of ethereum 2.0 finally seems to be picking up speed. While the whole ETH 2.0 probably won't be released next year, at the very least the proof-of-work and proof-of-stake chains will merge into one chain that is Ethereum 2.0.  Towards the end of the summer we saw Ethereum upgrade with EIP 1559, and this caused a very bullish price movement for the coin.  It is even arguable that this bullish movement by Ethereum is what helped the crypto market recover after the bearish summer.  I expect that the hype of Ethereum 2.0 launching will cause even more excitement and price movement than what EIP 1559 caused.  While Bitcoin is the magnet that controls the price movement of the entire market.  Recently Ethereum has begun to have a magnet of it's own and helped to control the market as well.  Meaning that the release of Ethereum 2.0 could end up being a very bullish event that sends this bull market into hyperdrive.

In 2021 when El Salvador adopted bitcoin as legal tender; that was the biggest news in the history of bitcoin in my opinion.  This is what we have all been thinking about, and wondering if the market would ever see this kind of adoption. While there have been hiccups, which is to be expected.  I think most would agree this has gone much better than most of us could have expected.  The whole world is watching this.  They are also seeing how El Salvador is able to use bitcoin backed bonds to raise money, which I believe will be another gamer-changer.  It won't be long before other countries join in and make bitcoin their legal tender. Another thing that is going under the radar is that large companies such as McDonalds, KFC, Pizza Hut and Starbucks have adopted Bitcoin payments in the country.  This likely could be great practice for them, that would allow them to enact it anywhere else in the world once Bitcoin's adoption grows even further.

After Tesla announced that they were putting bitcoin on their balance sheet, many of us thought that nearly instantly other companies would do the same.  That wasn't the case.  Most companies are beholden to their shareholders more than Tesla and Microstrategy are; where Elon Musk and Michael Saylor have most of the voting power in the company.  But, I see other companies soon jumping in on this, especially when the new year begins and when companies are starting their new year budgets.  El Salvador, Microstrategy and Tesla are the first dominoes to tip over, and there will be many more to follow.

The recent protocol update to Ethereum that results in a large portion of gas from transactions being burned caused a lot of excitement during the last few months.  Literally hundreds of millions of dollars worth of the ethereum has already been burned. So much so, that Ethereum has actually become deflationary.  This has changed the game completely for Ethereum and as time passes, this will only cause ethereum to go up further in value.  In fact, because of this all previous price predictions for ETH can be thrown out the window.  We are in unprecedented territory.  In 2022, it will be interesting to see how this continues to be a narrative, if ETH continues to be delations as well.  Will the mainstream catch onto this fact and begin buying ETH in droves and also treat it as a store-of-value asset similar to Bitcoin?

For many people, the progress that Bitcoin's layer 2, Lightning, made in 2021 came out of nowhere and surprised them. Many had already written off Lightning, and even considered it a failure.  But it proved everyone wrong, and excuse my pun, but its development has sped up to a lightning-type pace.  So much so, that Lightning is even being used in El Salvador, where Bitcoin is legal tender.  There will be hiccups, as Lightning is still very young.  But the possibilities here are very exciting.  Lightning has the potential to someday perform 25 million transactions per second.  This is enough to blow visa out of the water.  Enough to easily handle the load that would be necessary for BTC to become a world reserve asset. There are some concerns with it being more centralized than Bitcoin.  I believe that will be an issue that will be correct as time passes.  As Lightning continues to develop, as other layers are built upon Bitcoin and Lightning, the use case of many other coins will cease to exist.

There is no ignoring the fact that fees on ethereum have been insane and that has opened the door for other alternatives to catch up. Some of those chains are Solana, Avalanche, Luna and the list goes on.  There is also a huge unit-bias effect as well.  As Bitcoin and Ethereum become more expensive, it becomes harder and sometimes impossible to own a full coin.  This is part of the reason why meme coins like Dogecoin and Shiba Inu became so popular.  People could own thousands or even millions of coins. But with those three coins mentioned above, it is much easier to own full coins.  There are tradeoffs to those coins though.  What they gain in speed and low fees, they lose out on by being more centralized.  However you may feel, there is money to be made by investing in these smart contract layer 1's.

Yes, the never-ending mythical USA spot bitcoin ETF.  While a futures-based ETF was recently accepted, we are still waiting and hoping for a spot-based ETF.  Whether we like it or not, the USA financial market is still the largest in the world by far, and having a spot-based ETF here would do wonders for Bitcoin.  If one was adopted tomorrow, we would probably see BTC go to $100k very quickly.  Aside from that, it would send signals to the rest of the world, who would soon adopt similar ETFs. While getting only a futures-based EFT accepted wasn't what we were hoping for, it was a step in the right direction.  If we are able to get that accepted next, it will be a very bullish moment.

And finally NFT's.  This was the movement that surprised a lot of people in 2021.  I'm not sure how I feel about NFTs yet. I should expand by saying, I don't know how I feel about the current state of NFTs.  In general, I think they are a very cool technology that will become absolutely huge and vital in the future. With that said, I think a huge majority, perhaps up to 99% of the NFT art or avatar pictures released up until now, will go to zero in-terms of price.  They are the absolute definition of high risk, high reward.  They could make a person rich, but you could get caught holding the bag, with no one willing to buy.  With me being risk adverse, I would more often than not, just rather buy crypto in general.  But it will be interesting to see how this space continues to evolve.  The metaverse movement taking off could have a huge affect on NFT's.

These are just a few things to be on the lookout for next year in 2022.  What are some things that you are watching? Or possibly some things that I forgot to mention?  While things may seem bearish at the moment.  I think that is only temporary and next year will really surprise many people!