Bitcoin Covered Calls - A Better Way To Earn A Yield With Your Bitcoin!?
MyUplandCity Writing Contest and Giveaway - $1,500 in ETH Prizes - JOIN HERE! 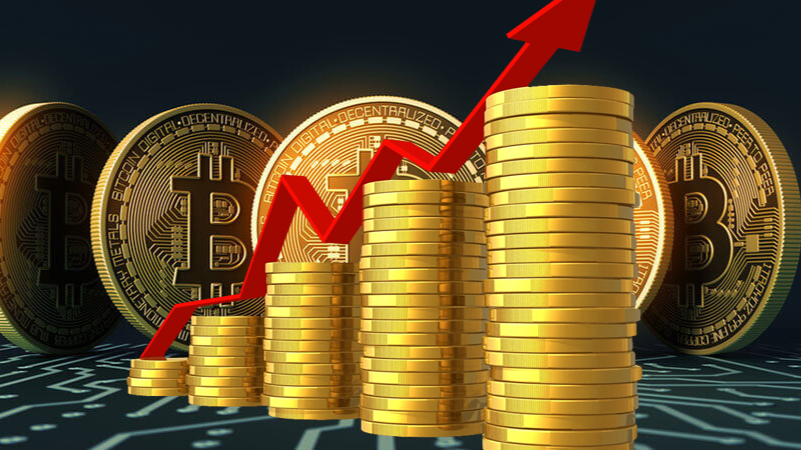 The past year has been an incredibly exciting time to be investing into the bitcoin market.  We have gone from the price dropping down to around $3,000; all the way to it now rising over $60,000.  This price surge has motivated a large amount of people to explore other methods than just HODLing to put their bitcoin to work and earn an extra passive income.  One of the most common methods has been to use custody lending services, such as BlockFi to lend out your bitcoin and earn an interest on it.  Those services are easy to use, but there might be more risk than you are actually made aware of. Risk that might not be worth the rewards.

Custody lending services aren’t the only way to put your bitcoin to work.  One of those other methods are covered calls.  This is a method that a lot of people aren’t even aware of; or know how it works.  But, I’m here to explain why using covered calls might actually be the best way for you to earn a yield with your bitcoin and at the very least; something that you need to look into.

Problems of Other Services

To know what makes covered calls great; you must first know the flaws that come with custody lending.  All of these services; such as BlockFi, Celsius, Nexo, Ledn, etc, all require you to deposit your bitcoin onto their service.  After the funds are deposited, they are no longer yours and are in total control of that company; allowing them to do whatever they please with it.  You have to put all of your trust into the lender.   Some of these companies are less upfront about how they’re actually earning the income to pay the users who are lending on their platform.  Or even if they are actually turning a profit.  It can be quite difficult to get a full explanation from them.   As not all of their actions or risk are fully declared on their website.  They lend out your coins, trade, and even perform risky arbitrage.  Most of these places offer no insurance; meaning that if the company were to go bankrupt, it would result in you losing all of your funds.  With these services you are taking on undefined risk, for a miniscule reward on the scarcest money known to man; bitcoin.

What is a Covered Call? 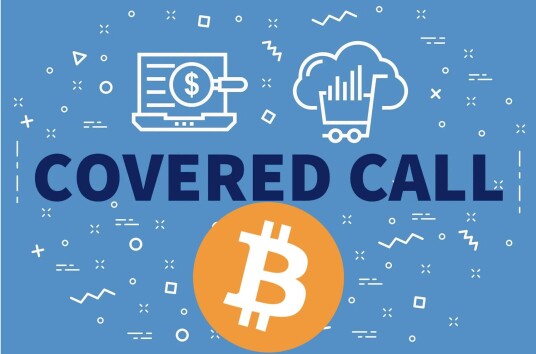 If you were feeling anxious about leaving your fate up to one lending company where the risk is undefined; there is another method out there that still allows you to put your bitcoin to work.  That method is using covered calls.

A covered call is an option trade in which the owner of the underlying asset, (“covered”) sells their upside above a certain price. (“strike”) In exchange for a payment (“premium”).  The higher likelihood of that event occurring, the higher the premium.

Covered calls can be used to make a yield from your bitcoin. You can collect a premium for selling the call option while keeping their long bitcoin position. Although there is a risk that if the price of bitcoin would exceed your strike price; you would then be forced to sell off your bitcoin.  It is a little similar to being liquidated while trading with leverage, but in this situation, at the very worst you are guaranteed to receive the cash amount of the strike price that you set. An amount that you previously would have been happy to receive.

How Do They Work? 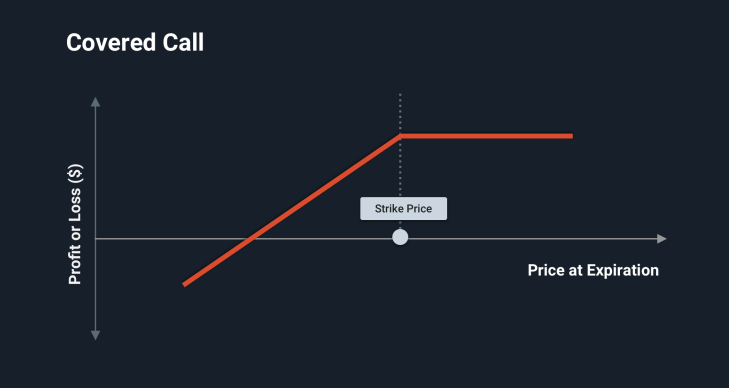 The first thing that you will need to do is to send bitcoin to an options exchange.  Sending an amount of 0.01 BTC or more will be enough to sell covered calls, since each contract represents only 0.01 BTC.  Once you have your account funded, you can then scroll down to your desired time expiry date and select it.  The longer timeframe you choose, the higher your premium will be.  After that you will also select your desired strike price.  The strike is the price that you are willing to sell your bitcoin at and will be forced to if it is exceeded.  Selecting a riskier strike price that is closer to the current price will also result in receiving a higher premium.  On the other hand, choosing an expiration with a strike price that is much further out will result in a lower premium received.

After committing to sell your bitcoin, you will immediately receive the agreed upon premium. It is completely yours and you can use these funds however you wish.  Perhaps reinvesting it into more bitcoin covered calls to multiply your earnings even further.  Or perhaps you’re wanting to use the funds for something in your everyday life.  Now the waiting game begins.  Your bitcoin will be locked up until that specified expiration date.

For example, today if I were to use a full bitcoin as collateral while selecting an expiration date of May 28th, 2021, with a strike price of $100,000. I would be able to instantly receive a premium of around $979; that I could withdraw immediately and use however I wish.  If the price of bitcoin exceeds that strike price at any point before May 28th, I would then be forced to sell my bitcoin for that specified price.  But, if the price remains lower than $100,000 until May 28th passes; the bitcoin would then be returned to me ready to use however I desire.  This was perhaps a less risky covered call.

Let’s look into a riskier covered caIl and the potential returns it could bring. We will again use May 28th as the expiry date, but this time with a strike price of $70,000.  This covered call would result in an instant premium of around $4,650, up from $979.  But it is important to remember that the premium for that covered call is higher for a reason.  There is a much higher chance that the price will exceed that amount; resulting in you selling your bitcoin.  As the famous phrase goes, “the higher the risk, the higher the reward.”

What Are The Risks?

The great thing about covered calls is that all of the risks are upfront and known.  However it is vital to remember that there are still risks.  Bitcoin is one of the most volatile assets out there, and betting on the future price of it with your own portfolio can be quite dangerous.  Especially if you don’t want to sell your coins.  Just look at the price volatility the last few months for reference.  If the price of BTC were to surpass your strike price before the expiration of your contract; you would then be forced to sell your bitcoin at the agreed upon price.  Meaning that if your strike price was $100,000, but the price went up to $150,000; that would result in you losing out on that $50,000 dollars of profit potential.  If the price of bitcoin were to someday exceed one million dollars, it could end up being a decision that you regret for a long time.

Also with current bitcoin covered call options exchanges, your funds must be held and locked up on an exchange.  While the risk is much lower than giving over the keys to a lending company, where they are literally giving your money to other people.  You still have to give up custody and hope that the exchange isn’t hacked.

Using covered calls is a great opportunity for a HODLer to increase their bitcoin holdings, there is potential that it could result in you selling sooner than you were initially planning too. You shouldn’t do it unless you are fully okay with selling your bitcoin.

How They Differ From Other Methods

The incredible thing about covered calls is how different they are from just lending out your funds.  While of course there are still risks associated with it, but at least in this situation the risks are well defined and known.  Many people would much rather be attacked from an obstacle that is coming head-on, rather than one that jumps up from behind to surprise you.  That is exactly the risk that you are taking with the other services.  If they would become insolvent, it could happen suddenly and you would lose everything.

With covered calls, even with the worst possible scenario happening; you are still a winner.  This worst possible scenario is if the price of bitcoin rose up and exceeded your strike; resulting in your bitcoin being sold off.  But, the great thing is that you are still receiving money for your asset. Unlike when trading with leverage, which would result in a liquidation.  In fact, the money you would sell at is at a price that just a short time ago, you would have been thrilled to sell bitcoin at.  That is why even if you were forced to sell your bitcoin with covered calls; you would still be a winner.

Unlike the other services; you have the ability to control your own fate.  If you are wanting to have a higher return; you can extend the time duration longer, and be a little more adventurous setting the strike price.  This could result in receiving an extraordinary return.  But if you are a little more conservative, you can shorten the time frame and give your strike price more breathing room.  This will result in the return being smaller.  The important thing is that you are able to customize the experience to suit your own needs.  If you play it right, you could quickly speed up your accumulation rate.   And if you play it wrong, you will still receive your money, unlike a liquidation.

Covered calls have for the most part have been an unknown for a large amount of people in the bitcoin market.  A possible reason for that might be that using covered calls features lot of complex terminology, or methods that people either don’t understand or can be quite intimidated by.  The longer that you research this method; it quickly becomes obvious how exciting they are and could help jumpstart a HODLer’s portfolio even more if done right.

But the real no-brainer use case is for a person who is willing to, or considering to sell their bitcoin in the future.  In this situation there is no negative for them.  They either sell off their bitcoin at a price that they are very happy with.  Or, they will be able to grow their own holdings and have more to sell in the future.

Whichever purpose you may have; it is worth looking into and you may decide that using bitcoin covered calls is actually a better way for you to earn a yield on your bitcoin.

So how about you? Have you ever used a covered call? Would you be okay taking on the risk for the possible reward? 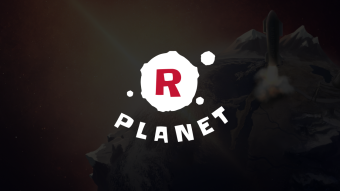 My weekly R-Planet staking experiment! (WEEK 1). What are R-Planet elements?