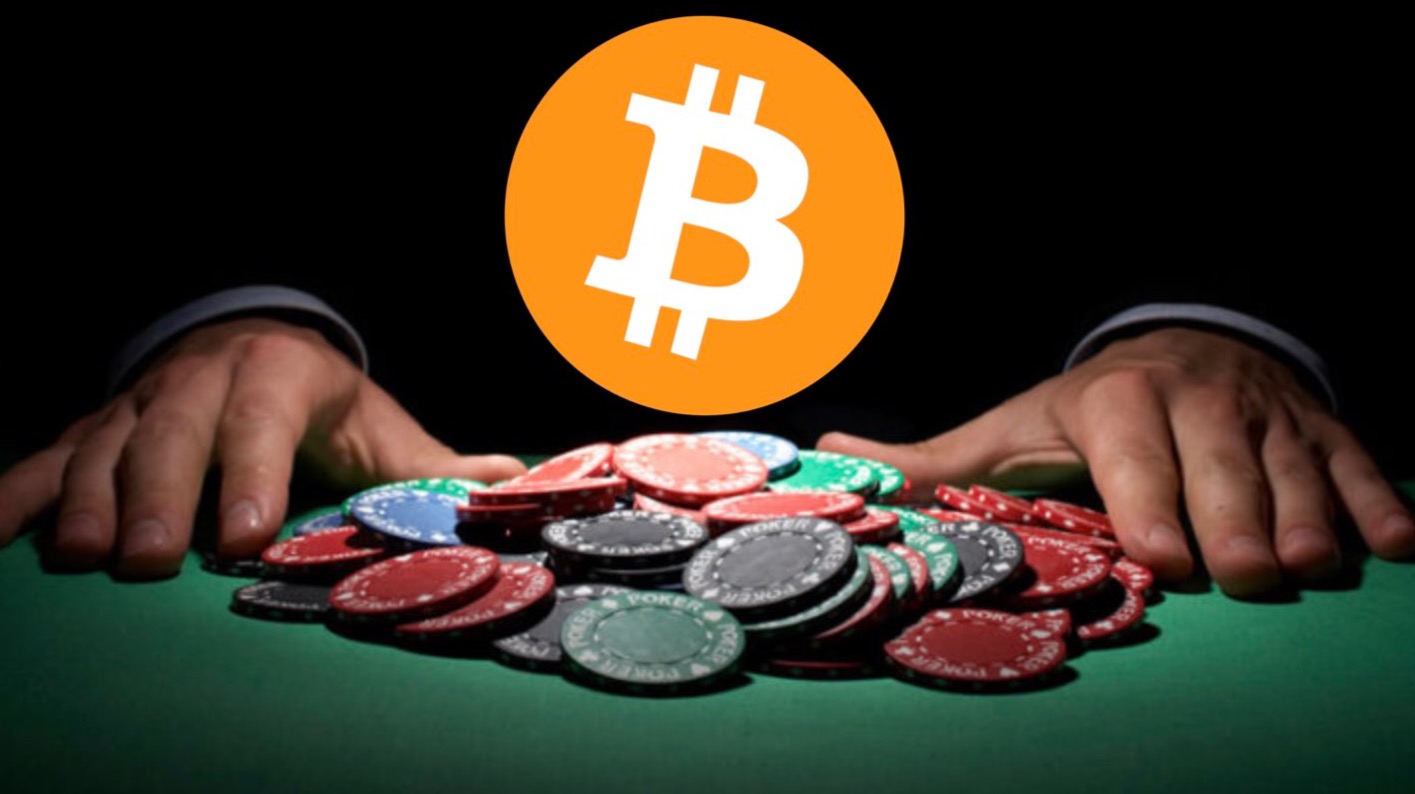 All-In On Bitcoin, Would You Do it?

The greater the risk, the greater the reward.  There is no market where these words are truer, than in the cryptocurrency market.  Those who got into bitcoin early, and invested at a time that would have been considered extremely reckless or dangerous.  Those are the people who have become whales in the industry now.  While that golden opportunity to become a whale with become has passed for most people, the dream of being very early on coins and hitting the jackpot still lives on.  That is what makes "hidden gem" altcoins so enticing for many people.  While extremely dangerous and risky, if your lucky, riches could still be made.  There was a story about someone who invested $1,000 into Shiba Inu while it was very new, and continued to HODL, even as the price skyrocketed.  That initial investment would eventually reach a valuation of $6 billion.

Every bull run we hear the same stories time after time.  People get caught up in the FOMO as prices go up, and decide to make drastic decisions to maximize their profits.  Last year as bitcoin was rising to its new all-time high price, there were countless stories of people refinancing their mortgage to put into bitcoin.  Or even taking out loans to do so.  That also is a risky game to be playing.  Yes, it could turn out well for you, and there are stories of that happening to many people.  People who took a risky loan, and had bitcoin or ethereum explode in price. Completely changing their lives financially.  But, the opposite has happened as well.  Taking out the loan only to see the price of coins plummet, and having their lives financially wrecked.  As I said when beginning the article, the greater the risk, the greater the reward.

But, what if you didn't take out that leveraged loan or mortgage.  What if you instead, just decided to go all in on bitcoin, or the cryptocurrency of your choice? Living on bitcoin as your main unit of currency.  Could it be done? Could it make you rich? What would be the advantages and disadvantages to this.

Let's dig into this deeper. 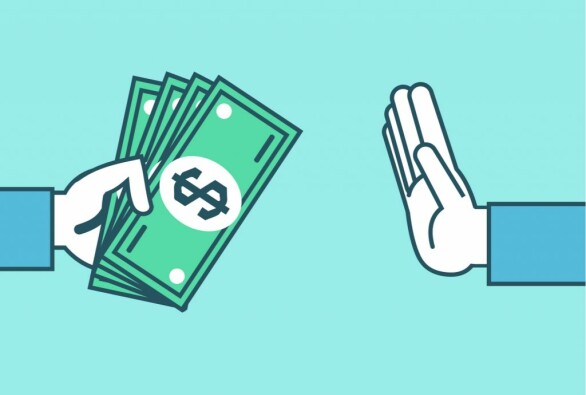 First about me, I consider myself to be something that called an "open-minded bitcoin maxi." Meaning that I prefer and like bitcoin the most and am the most passionate about it as well.  With that said, I always keep my mind open about other coins, and actually do like other coins.  Even owning them.  At the end of the day, more often than not, I would just rather buy more bitcoin than other coins.  And so, what if you decided to live on a bitcoin standard? Would it be viable?

Let's first talk about what this would entail.  You would either have your salary initially paid in bitcoin, or instantly convert everything to bitcoin the moment you get paid. After that, you would pay all your bills in bitcoin, and also keep your savings in bitcoin as well.  A few years ago, this would have been impossible to pull off.  There just wasn't enough places that either accepted bitcoin payments, or methods to pay via bitcoin. But that has changed, and now it has become possible to do so.  I have not gone all-in on bitcoin as my unit of account.  But, it is something that I am beginning to consider more and more.  Especially, due to currency situation of where I'm living, Japan, which has seen its currency exchange rate plummet in recent weeks.  It's an idea that is becoming more and more appealing by the day.  Something that become more viable after the recent announcement that Jack Mallers made at the recent Bitcoin 2022 conference.  Where he announced that major payment vendor machines would be compatible and accept bitcoin lightning payments.  Making it a real possibility to pay with bitcoin lightning at a large number of retailers.

How Would This Be Possible?

Admittedly, there would still be places where you wouldn't be able to pay with bitcoin, but it would probably be easier than you think.  There are a growing number of crypto debit cards, such as the Coinbase card, or even the Crypto.com card, which allow you to buy anything, just like you would be able to with a normal debit card.  This would make paying bills and online shopping extremely easy.  All the while, being able to earn great cash-back rewards as well.  But, just as Jack Maller announced, more and more vendors are adopting lightning payments and that would make it possible to pay with any of your lightning wallets on your phone as well.   There isn't much that you wouldn't be able to pay for with bitcoin.

This is the part that everyone wants to know about.  While bitcoin is volatile, it isn't as volatile as some other crypto coins.  Which could be argued to be a good thing if you are using it as your unit of account.  While the value will go down, it won't go down as much as other coins. But the real potential advantage is that the value of your assets could grow greatly.  Rewarding you for your hard work and saving.  Let's say you were getting paid in bitcoin around March 2020, or even soon after.  The price of bitcoin at that time ranged from $3,500 to $7,000.  If you were making a monthly salary of $4,000, in todays value that would equal  a monthly salary of $23,000 - $40,000.  An amount of money that is a yearly salary for many people.  But, now consider that you weren't only being paid in bitcoin for that 1 month, but every month.  During the years where bitcoin really takes off in price, this could be a method that completely changes your life financially.  But, we need to be realistic.  No one would be able to save their entire salary, as we all have bills to pay.  Let's say you were able to save $500 of bitcoin per month after paying all of your bills.  That would still equal $3,000 - $5,000+ worth of savings.  Again, an amount that many of us would be thrilled about.  If you are completely convinced about bitcoin, this is a way to go all-in, and add more leverage to your conviction.  As you can see, it would have the potential to greatly increase your savings.

But besides the obvious advantage of number going up and increasing your savings.  The real advantage for me is that I believe it would make me much more frugal with my money.  In a similar way to how people who use only cash are typically more frugal than people who pay with credit or debit cards.  I would would keep two main wallets for my bitcoin.  The initial salary would go into wallet 1, which I would consider my spending wallet, or checking account.  The amount that is left over at the end of the month would then be transferred to wallet 2, which would be my HODL wallet.  Because my main goal is to accumulate as much bitcoin as possible, there is a high probability that it would help me cut down on my purchases of things I don't need.  That Starbucks coffee would be nice, but it would be even nicer to put that bitcoin in my HODL wallet as the end of the month.  Basically it would most likely improve my spending habits.

Another advantage would be that there are better ways to compound your bitcoin savings as well. While a fiat bank savings account has interest rates near 0%, you can lend out your bitcoin often in the rage of 4-6%.  If your salary is being paid in bitcoin, you should be able to earn quite a bit of interest on your bitcoin, would would become a nice passive income avenue for many. 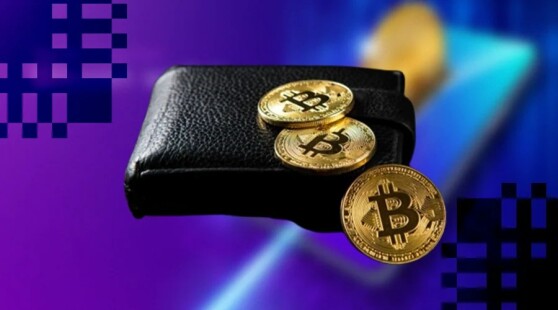 While the advantages of this endeavor are great, there are also large risks or disadvantages that you need to be aware of.  The first is that bitcoin remains volatile.  It could work in your favor when the price is going up, but as we have seen for the last several months.  The price can go down as well.  There is a chance that your bitcoin's value could be cut in half within a month.  Something that could give you financial hardships if you don't have enough savings to fight through it.  You would have to accept that there will be months, seasons, and years where you lose money.  That will be offset with the bull market years, but something that you need to be aware of.  Another thing to consider, especially in the USA, is that each time you use bitcoin to pay for something.  That is a taxable event.  This could make paying your taxes quite a bit of a headache, and could leave you owing extra money to the government during years where bitcoin's value increases.

Living a bitcoin only life could also give you a lot of stress and anxiety as well.  In the past if you were only investing into bitcoin as a potential nest egg, perhaps you weren't too worried about price action. But, if you were being paid in bitcoin, there's a chance that you would be much more concerned about it.

While I don't think that I am quite ready to live a bitcoin only life, I am much closer than I was a year ago.  If there are some small changes made, such as smaller purchases made with bitcoin not being taxed, that would make my decision much easier. People who take the greatest risks, will make the greatest gains.  Even though your portfolio might be negative in the short-term.  Always remember that everyone who has been investing into bitcoin more than 2 1/2 years are all in profits.  There are just some big price movements upwards and downwards before we get to that point.  The real question is if you would be able to wait out the storm, and those bear periods to make it to the moon?

How about you? Have you even thought about going all-in on bitcoin and using it as your unit of account?