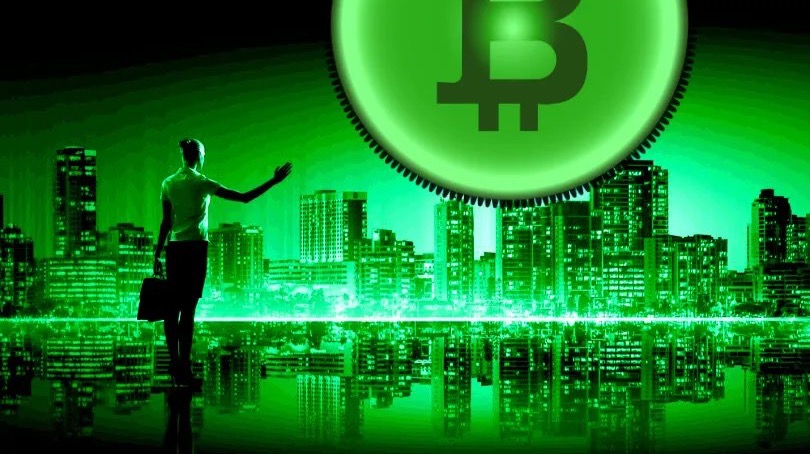 A Reason To Be Bullish About Bitcoin

The last year for bitcoin went differently than many of us were predicting at this point in 2021.  We had just reached a high of $64k, and the predictions for where we might end up at the end of the year were wild.  If you would have said that we wouldn't reach a price of $100k by the end of the year, you would have been laughed out of the room.  Our tickets had been purchased for a direct flight to the moon, but we ended up missing that flight.  As I have talked about many times in previous articles, the world just did not want to cooperate and interfered with the trajectory of just how high bitcoin might have been able to reach.

Fast forward to today, and essentially the price of bitcoin has been chopping sideways for a year now.  This weekend was more of the same.  With the Easter weekend taking place, and trading volume being low on exchanges, we again saw the price of bitcoin dip below $40k.  Emotions are an interesting thing.  In January of last year, $39k was a dream come true for being holding bitcoin.  A incredibly bullish price.  But those lofty expectations and a year of downwards to sideways chopping has transformed this same $39k into a bearish number.   Crypto Influencers on YouTube and Twitter, only add on to this feeling of panic. Declaring that we are entering goblin town.  But, if a bitcoin price of $39k has you worried or depressed, than you probably fit one of these 3 possible scenarios.  1) You are new to bitcoin and your entry price was higher than we are today.  2) You invested more than you are willing to lose.  3) Your timeframe is too short.  Always keep in mind, that in the history of bitcoin's creation.  Everyone who has bought bitcoin and held onto it at least 3 years, has always made profits.  Just buy it, set it, and forget about it. 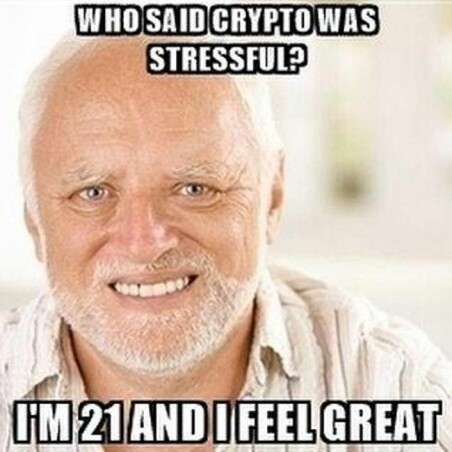 But that is not the reason to be bullish today. There is something major happening, and I wonder if you have been able to notice it as well.  Bitcoin is starting to become an adult and have some real power.  There is a bitcoin angle to every macro or geopolitical news story happening.  Be it Canada and the freedom truckers, to the US infrastructure bill, even the Russia-Ukraine war as well. But that is not what I'm talking about.  What I'm talking about is how bitcoin is gaining some real lobbying power in the United States government.

It is really impressive how quickly this has happened if you take a step back and think about it.  Being created just 12 short years ago, and gaining steam all the way to have influence in congress.  Something that would have been a pipe dream just a few years ago.  Remember, there was a time not so long ago that it was a real concern that bitcoin may be banned in the USA, and it would be a crime to hold it or do any transactions with it.  Stemming back to its days of being used on the Silk Road, it had an association of only being used for drugs or criminal acts.  Just a half decade ago, it would have been political suicide for any major politician to even regularly talk about bitcoin in a positive way, let alone actively using it as run of their main components to their campaigns.  Yes there are politicians out there who are still strongly against bitcoin and cryptocurrency, such as Elizabeth Warren and Richard Sherman.  But the number of those who are opening up to it is growing at a faster pace. Senate leaders from Texas and Wyoming have come out in great support of bitcoin.

Now as many of you are aware, politics is often a corrupt game that is only played to be won.  Often leaders will say or do anything to get your vote, even if that isn't what they truly believe. Recently bitcoin has been that subject that has unlocked the support of the younger voter base. A group that is incredibly passionate and has let Washington know in spades.  So much so, that the entire US infrastructure bill was delayed at the last minute due to a cryptocurrency amendment in the bill.  That is when Washington woke up to the change that is happening.  And then President Biden was set to give an executive order giving regulation on bitcoin and crypto.  In past years when bitcoin was much less powerful, regulation would have been giving without a second thought.  Or arguably, it wasn't mature enough, or enough of a threat that the president would need to speak out about it.  The president ended up declaring that he wanted each branch of the government to research and learn more.  They didn't want to miss up during  this pivotable moment. 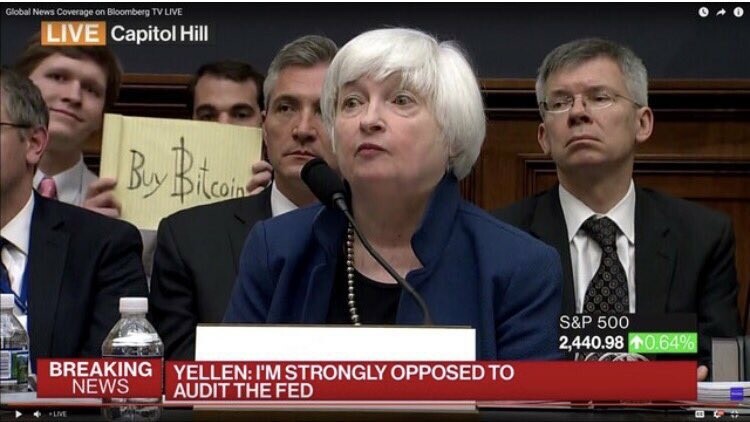 If you are down in the dumps about the recent bitcoin price action and need a reason to be bullish.  Then look to what has happened with Janet Yellen recently, the US Secretary of Treasury.  She will be forever remember for being in that infamous "buy bitcoin" meme that took place at Capitol Hill. For the longest time she was staunchly against bitcoin and couldn't see any reason for it, or any benefits for it. But her stance has completely changed since President Biden requested to learn about it. She now echoes an option that she doesn't want the US government to miss out on something that could cause great innovation and growth.  "Benefits through responsible innovation."

The tides are turning and the dominoes are starting to fall.  Bitcoin enthusiasts tend to be younger, and the amount of them are growing incredibly fast.  Bitcoin holders' portfolios and net worth is also increasing at a blistering pace, which results in bitcoin having increased lobbying power in Washington.  This has already happened and will continue to happen even further.  Politicians who are against it will either be forced to change their power from the lobbyists, be voted out or aged out.  And then the new class will fill their spots.

While price is often the only thing that investors are looking at when it comes to bitcoin and cryptocurrency.  It is important to remember that a much bigger game is being played.  The foundation is being built now, and that is what will eventually push bitcoin's price up towards those levels that we are all dreaming of.  It's a very bullish time to be in bitcoin, be careful to pay attention or you might miss it.

How about you? What has you bullish about bitcoin right at the moment?