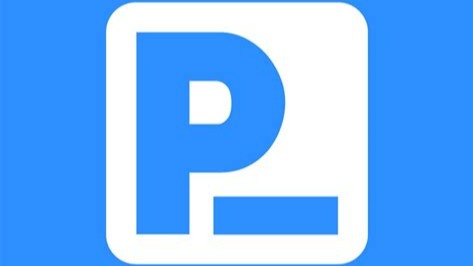 Introducing Presearch, An Attempt to End the Google Monopoly on Internet Searches with Blockchain Technology

Have you ever sat next to your buddy and entered the same search term into Google and gotten different results? Have you ever been a little freaked out just how predictive Google can be, as if they were listening to your last conversation? Enter Presearch.org.

Presearch gives its members an opportunity to participate through community chat groups, contributions to the source code repository, and as users and promotes who build usage and awareness. The search engine runs on decentralized node servers operated by community members and provides an additional layer of data with its results through community packages. In time, the project looks to build a user-curated supplementary index. Because Presearch does not track, store, and analyze your searches your privacy might be better protected.

Advertisers on Presearch market their products and services to Presearch users by staking the search engine's token, PRE, to a keyword and the advertiser staking the most tokens will have its ads displayed when a user searches on the staked keyword. Naturally, ads are a key source of revenue for the ecosystem.

Users are rewarded every time they use the search engine with 0.12 PRE up to thirty times a day so users max out at 3.60 PRE per day by conducting internet searches. It costs 1,000 PRE to earn rewards by running a node, the 1,000 PRE is staked to the node. The PRE token itself is built on Ethereum and has four main use cases:

- To reward searchers for searching on Presearch

- To reward promoters for referring new users to Presearch

Presearch intends to develop more use cases for the token. The token can be purchased directly from Presearch. PRE is trading at around .077 today, down from .08 yesterday. Therefore, it costs roughly $80, before fees, to operate a node and begin to earn rewards. It is not as feasible to build a supply of 1,000 PRE through daily searches as this would take roughly a year, but it can theoretically be done. Running a Presearch node is done in a software environment called Docker, which is supported by all major platforms, meaning that everyman can set up a node to contribute to the network.

The project is very young as the White Paper was published last July and there are only a few millions users. A referral link will set you up with your first 25 PRE, if you are interested.

The idea is an interesting one as it seeks to capitalize on the hype surrounding cryptocurrency and blockchain technology to address a growing desire in our society, which is to bring an end to the corporate oligarchy that has grown out of Big Tech. The idea of capturing just a slice of all the advertising revenue I generate for by using an internet search engine is extremely appealing, at its core.

Here is a quick wrap of recent news items from Presearch in 2021:

- Presearch dark mode is available as of March 19

- The company published statistics on their nodes on February 26.

And now, a quick look at PRE's 1D chart with oscillators: 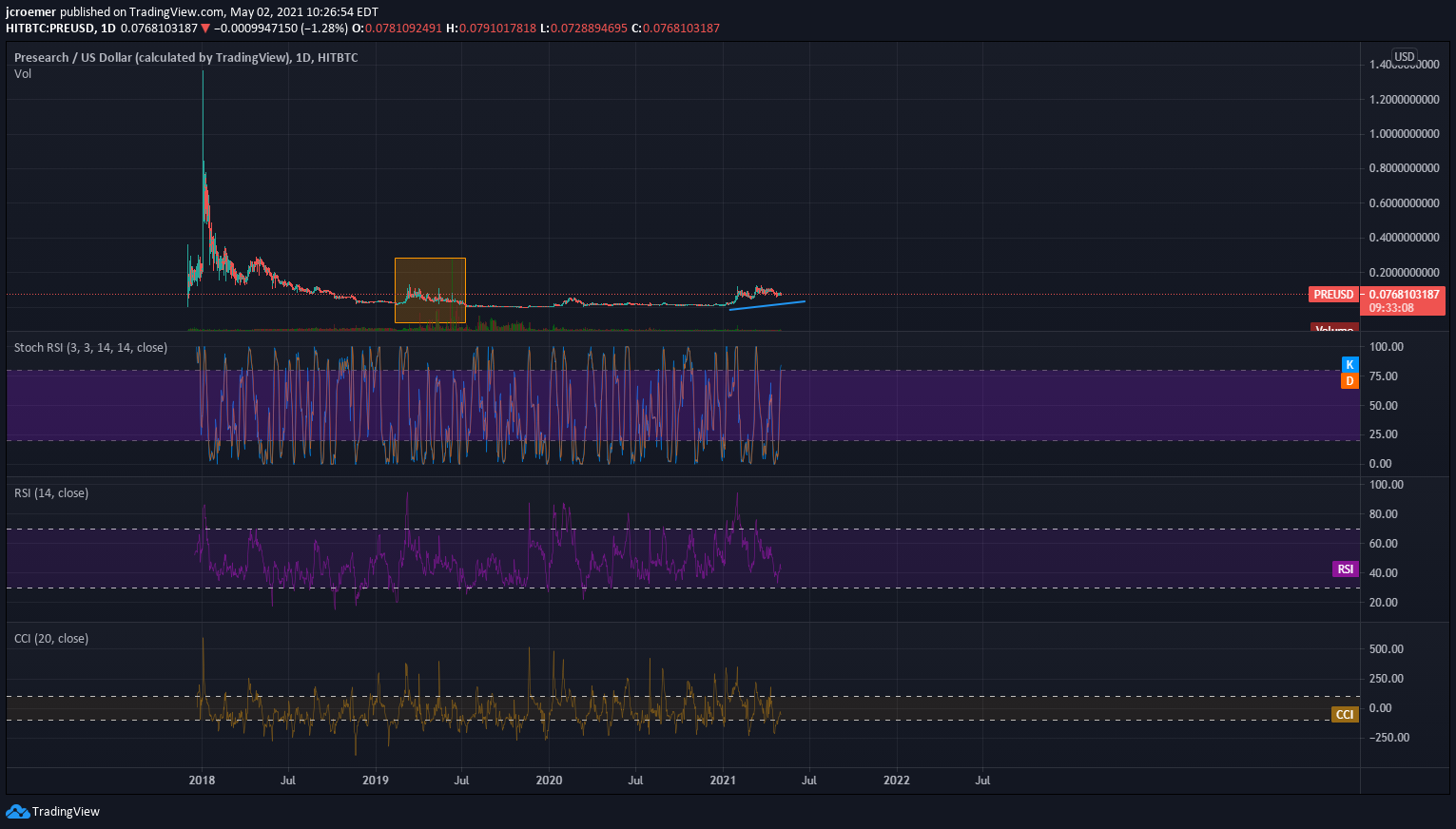