All things to consider for a Metahash network node

This article captures the most common questions about Metahash nodes

Difference between network and node reward

A network reward is automatically distributed accross the whole network at 00:00 UTC. This is initiated by Metahash and everyone will always receive it. These rewards are sent directly to your user wallet and the blockchain transaction from address will start with: "InitialWalletTransaction" followed by

A node reward is the same as a network reward but instead of sending it to a user wallet, it is sent to the node wallet. It's up to the node owner to give a a percentage of this reward to its node delegators. This is not an official reward and is out of control of the Metahash network. The blockchain transaction info from address will start with: "InitialWalletTransaction - Node reward forging transaction"

There is no guarantee at any point which node will pay its delegators at what time, only the network reward for the coin delegation is assured. If you want to make sure you also receive the node reward, ask in the official Telegram channel for verified and trusted nodes that pay out a node reward to its delegators.

How much does a node / user make on delegations?

It depends. There are 2 factors that decide on the rewards.

The Metahash network considers 3 regions: EU (Europe), US (United States) and CN (China). Depending on the amount of nodes that are running in a region and the amount of work they need to perform, the rewards will be different.

There are multiple node types and they all have their own responsibility. Depending on the amount of specific node types running in a region also plays a role.

The exact calculation for rewards can be found in the Yellow Paper (check https://www.metahash.org for the latest version).

Reward distribution among the members of the network

Extract from the White Paper of Metahash 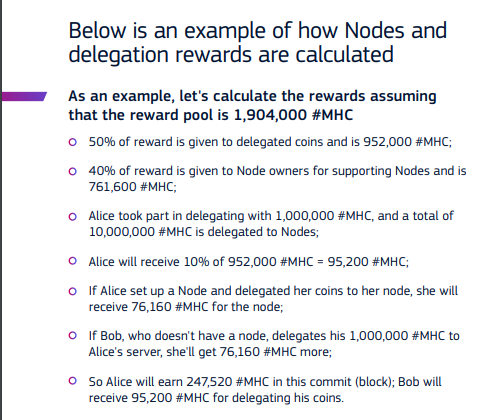 To give you an example at the time of writing (November 2021):

A service torrent node with ~20M delegations would receive around 6500 MHC / day as a node reward.

For a user delegating to a node

To give you a practical example, in MetaGate you can check the factor that a node makes for the previous day.

Do not delegate to the so called "FAKE" nodes. These nodes are labelled FAKE by the official metahash team as they do not pay out the node reward as advertised. You'll still get the network reward but the node will keep the node reward for itself.

There are 3 different types of node caps:

- Seed cap is the capital you would need to have to start your node. The owner of the node will have to provide this.

- Soft cap is the capital you would need to have delegated to your node in order for it to start receiving rewards. This can be done by anyone delegating to your node. If you get under the soft cap at any time, the next day you won't receive rewards until the soft cap is reached again.

You can read more at https://metahash.readme.io/docs/metahash-roles-caps 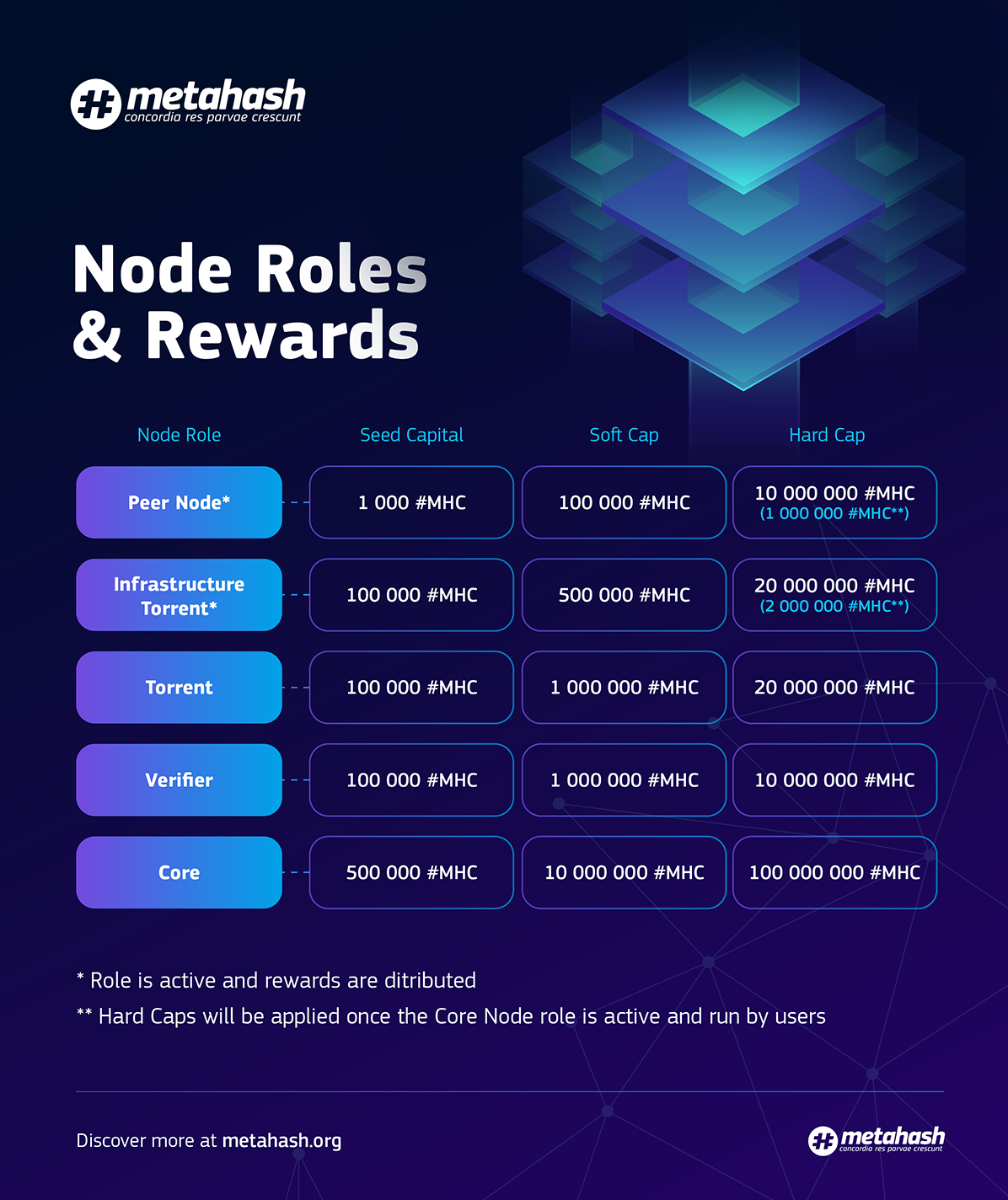 Where do I start if I want to setup a new node?

For a peer node

For a service torrent node

You should also check the official documentation https://metahash.readme.io/docs/hello-page

And join the official Telegram channel for any other questions! https://t.me/metahash_eng