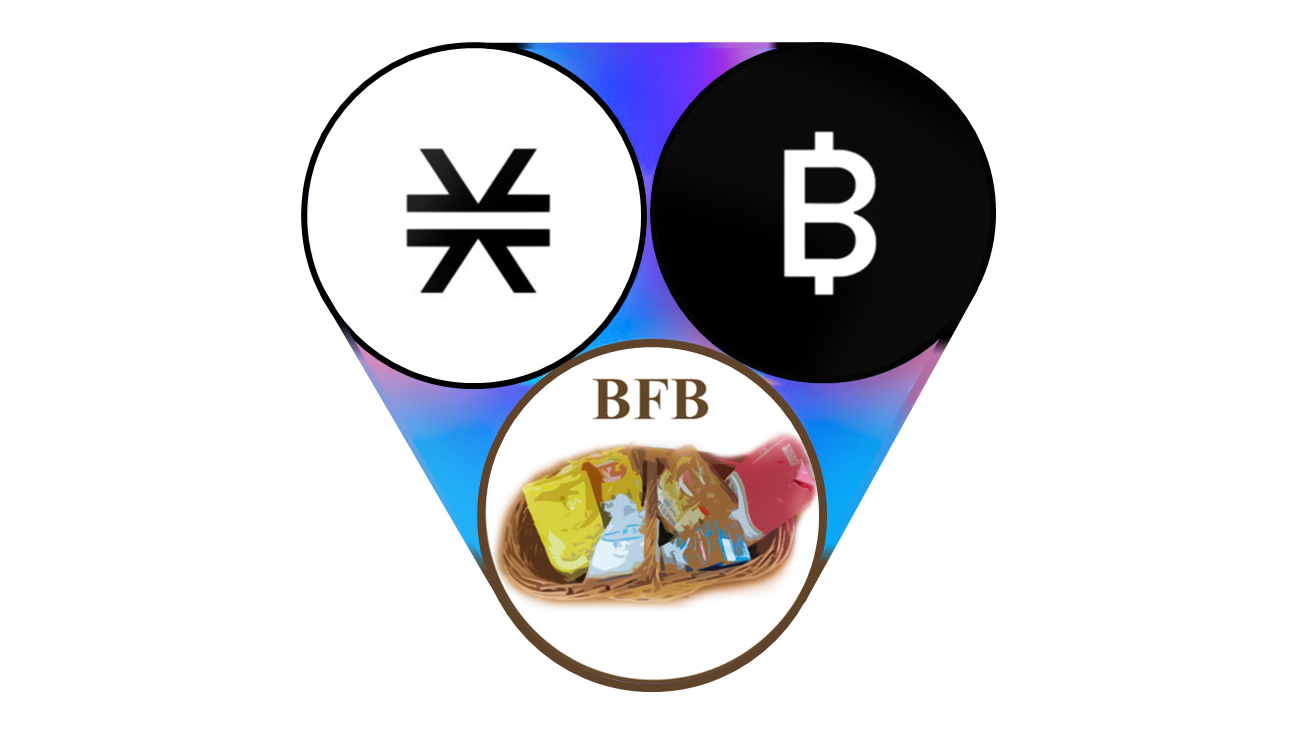 Ideas for Prosperity in Developing Countries using the Stacks Blockchain

We, the authors of this article, were born in developing countries (Nigeria and Argentina). We have experienced the typical problems that repeat over and over, and prevent our communities from fulfilling their potential. Here, we explore ideas for achieving prosperity leveraging emerging technologies in the blockchain space. In particular, we believe that the Stacks blockchain is one of the most promising options to build the tools needed for developing countries to transition into thriving ones.

Two critical elements in the success of any country are economic stability and transparency in government actions. This is especially true in developing countries, which are often crippled by high inflation and lack of trust in government authorities.

Transparency in government (and in the legal system) builds trust. Knowing what the rules are, that the rules will be respected and that they will apply to everyone equally is fundamental for motivating everyone to participate and contribute to democratic governments.

A historical look at countries with the human capital and the natural resources to prosper but still remain underdeveloped shows deficiencies in these two key elements. The map below shows the level of development worldwide, which indicates that there is significant room for improvement in most countries. 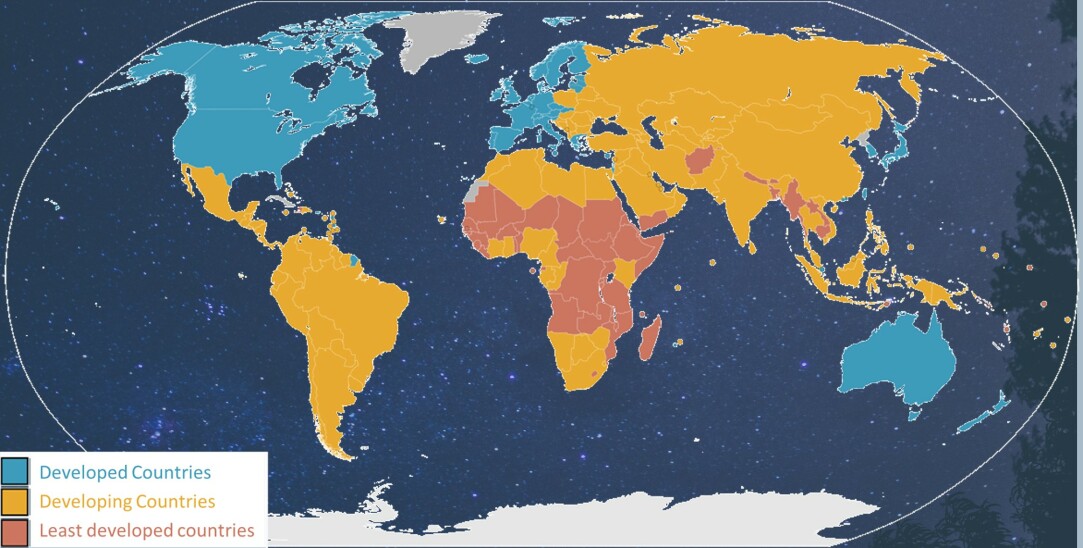 Almost everyone will probably agree, at least conceptually, that economic stability and transparency in government have a positive effect, but materializing these ideas into concrete actions is not a simple task. Blockchain technologies can contribute new tools to aid in this complex endeavor, many of which are currently being developed and tested.

One of the most promising blockchains to provide such a toolkit is Stacks, a decentralized computing platform that leverages the security of Bitcoin (the most powerful computing network in the world) and allows building decentralized applications (dApps) and smart contracts. For the people familiar with the crypto space, Stacks brings all the capabilities of Ethereum to the Bitcoin blockchain. This makes Stacks, in our opinion, a superior choice. There are other advantages, including the Clarity programming language that Stacks use, among others, but that is beyond the scope of this article. For a more detailed comparison with Ethereum, go here.

There are many ways in which we can use Stacks to improve the conditions for prosperity in developing countries. The list below includes only some of many possible ideas, divided into the two key elements described above.

Each of these ideas has its own plethora of details to consider as well as options for implementation, which can be adapted to each country-specific situation.

Every journey begins with a first step, so in this article, we will focus on some ideas related to economic stability within reach in the medium term. However, longer-term applications of blockchain in government transparency should not be forgotten and might well be the main subject of a future article.

Controlled inflation (of approximately 2%) in the official local currency is thought to be good for sustained economic growth. This slight inflation incentivizes moderate spending to keep an active economy. However, if the inflation is excessive, the consequences for the economic and infrastructural development of a country can be catastrophic. This has been a typical problem in most developing countries, including Argentina, where two of the authors of this text are from.

Let’s use Argentina as an example. The official inflation rate as reported by the national government is referenced to a basic food basket (BFB), which is determined taking into account the caloric and protein requirements for an adult male, between 30 and 60 years old, of moderate activity, to cover these essential nutritional needs for a month. Foods and quantities are selected based on the population's consumption habits, which are based on the information provided by the Argentine National Household Expenditure Survey.

Official monthly poverty and Indigence lines (thresholds) in Argentina are plotted in the graphs below for the last year (Feb-2020 to Feb-2021) in Argentine Pesos (ARS), with a conversion to US Dollars (USD) at current rates (April 2021). When the individual’s income is below these lines, the person is considered to be in poverty or indigence. Note that there are two axes for the dollar, given the discrepancy between the official rate for USD/ARS and the real USD/ARS rate (known as the blue dollar), that people have access to in informal markets. A person is considered indigent if their monthly income is below the Basic Food Basket (BFB). The components of the BFB are based on the Consumer Price Index for each measurement period. The Poverty Line extends the threshold to include not only minimum food consumption but also other basic non-food consumption. Within that year, the inflation was +46.4% for the BFB and +42.2% for the total basic basket. In the second half of 2020, the population below the poverty line was of 42.0% (around 12 million people), while people under the indigence line accounted for 10.5% (around 3 million people) for urban areas where this could be assessed (source). These numbers are staggering; millions of people do not have enough to cover the basic nutritional needs! What is even more alarming is that Argentina is not the worst place in terms of poverty, as evident by the significant immigration from other Latin American countries to Argentina, searching for a better economic situation.

Given that inflation, along with the food insecurity that comes with it, is a recurring problem in developing countries, creating a stable currency pegged to the cost of a basic food basket (BFB) can have a great impact. The indigence line in the graph above would be basically a flat in this currency. That is, BFB is non-inflationary. This will allow people to save in an asset that they know will let them buy the food they need if the local currency debases. In addition, due to the nature of blockchain tokens, people will not need a bank account to hold such a currency. Note that many people in developing countries do not even have a bank account!

Immediate questions that arise are: what is backing the value of such a BFB token?, and Why would a merchant want to accept it? This idea only works if there is a mechanism by which there is the option of exchanging BFB for something else with value. An obvious choice is Bitcoin, which is on a clear path to becoming the world’s reserve asset. Stacks does not only provide the tools to create such a BFB token (in a way similar to Ehtereum ERC-20 tokens), but holding STX (the Stacks native currency) can also provide a BTC income stream through a process called stacking. One can imagine a Decentralized Autonomous Organization (DAO) having a sufficient holding of STX (or a similar token) to generate a reasonable stream of BTC or STX, which in turn could back the issuance of the “BFB” token. A governance token could also be issued for the DAO, which may be a tool to raise funding to support the overall project. These ideas have some similarities with MakerDAO on the Ethereum blockchain, and we can learn from their experience on the governance aspects that the DAO should consider. We encourage you to learn about MakerDAO and its influence on the life of an Argentine by listening to this inspiring essay written and read at Unchained by Mariano Conti.

On the distribution side, BFB tokens could be given to citizens in the form of universal basic income (UBI), an unconditional form of income. Given that more and more jobs will keep getting automated (both manual and administrative ones), income inequality is expected to keep increasing. Under these circumstances, it is not hard to realize that UBI is transforming from a nice idea to a true necessity for a sustainable future. Numerous articles have been written on the topic, and here we prefer to focus on simple general ideas to stimulate discussion for implementation.

Wouldn’t it be interesting to explore these ideas (combining issuance of a BFB token and UBI denominated on it) as a pilot program in a small town or city to develop and refine the needed tools? (See appendix 1 for a brief analysis on the cost of a test UBI program for 500 people in Argentina, and appendix 2 for some ideas on technical considerations)

There are many unknowns and issues that are likely to arise along the way, including initial investment for the program and potential conflicts with local or national regulations. However, we believe that this experiment is possible if we work with forward-looking organizations such as Freehold and the Stacks Foundation, along with open-minded local authorities that understand the positive impact that this can have on their constituents.

If the suggested pilot test is successful and replicable, this can have transformative implications for improving the lives of most people around the world.

Let’s put this in a different way, Stacks can help eliminate poverty in the world and help developing countries become thriving ones. We know that this sounds like a long shot, but given what is at stake, we think it would be irresponsible not to try stacking our way through this challenge.

PLEASE COMMENT - the path to implementation should involve community discussion.

Sample analysis of STX investment needed if that was the sole source of funding to provide UBI for 500 people at the current price of the BFB (57.84 USD) in Argentina. For the sake of simplicity, we will assume a constant APR of 10% and that the costs of STX and BTC, as well as other parameters involved in calculating rewards, do not change. This is, of course, a worst-case scenario since the costs of STX and BTC are expected to grow relative to USD.

Facts and opinions that I think are worth sharing 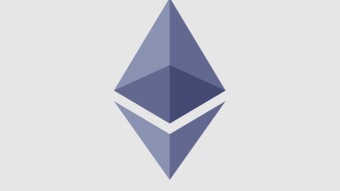