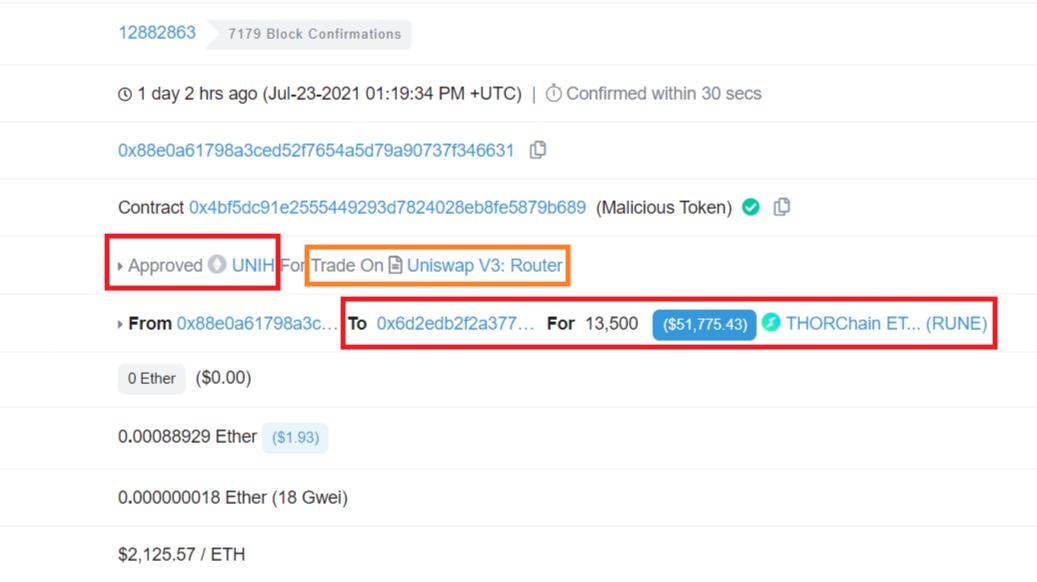 Not every token that makes it into your wallet is there to make you a bit more rich, in fact in some cases quite the opposite. This was literally the case during 23rd of July 2021 when thousands of Etherum Wallet addresses were airdropped with a brand new UNIH token which when attempted to be sold would've magically drained the wallet from another token, so lets dive in how the hell that even happened.

The story begins with a somewhat related streak of attacks on Thorchain in the last week with the attackers stealing about $13m due to protocol level vulnerabilities which most likely gained attention of other hackers seeking any other little or big exploitable opportunities in its protocol.

It hasn't took long for someone to find yet another vulnerability which has been there in the $RUNE contract since its creation affecting its transferTo function which does not follow the Solidity security considerations and to be fair is actually clearly noted in the comment of the vulnerable function, hence a design choice by the Thorchain team.

This design choice and the comment itself arguably was asking for some troubles, and consequently has resulted in an attacker launching a phishing airdrop of $UNIH token which was targeted and distributed to over 7,000 wallets which had big amounts of $RUNE tokens.

The reason the attacker had to distribute a fake token was due to the fact the vulnerability was not exploitable without user interaction with the malicious contract and by far the easiest interaction an attacker can achieve is to lure one to attempt sale of the airdropped token. 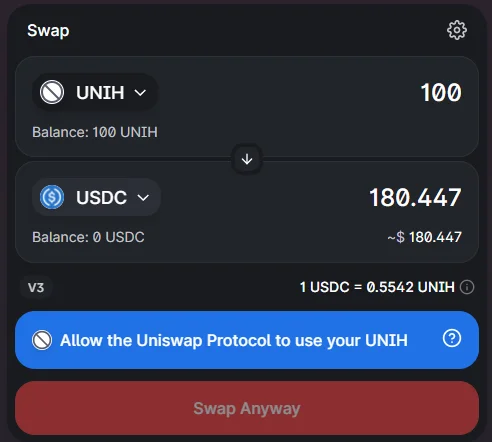 Since the ERC-20 standard does not enforce any strict checks on what is actually happening in the approve function the malicious smart contract has used it to its advantage and written logic that would perform a direct call to the $RUNE smart contract transferTo function on behalf of the user, hence exploiting its highlighted vulnerability and resulting in transfer of all $RUNE token funds to the attacker's wallet. 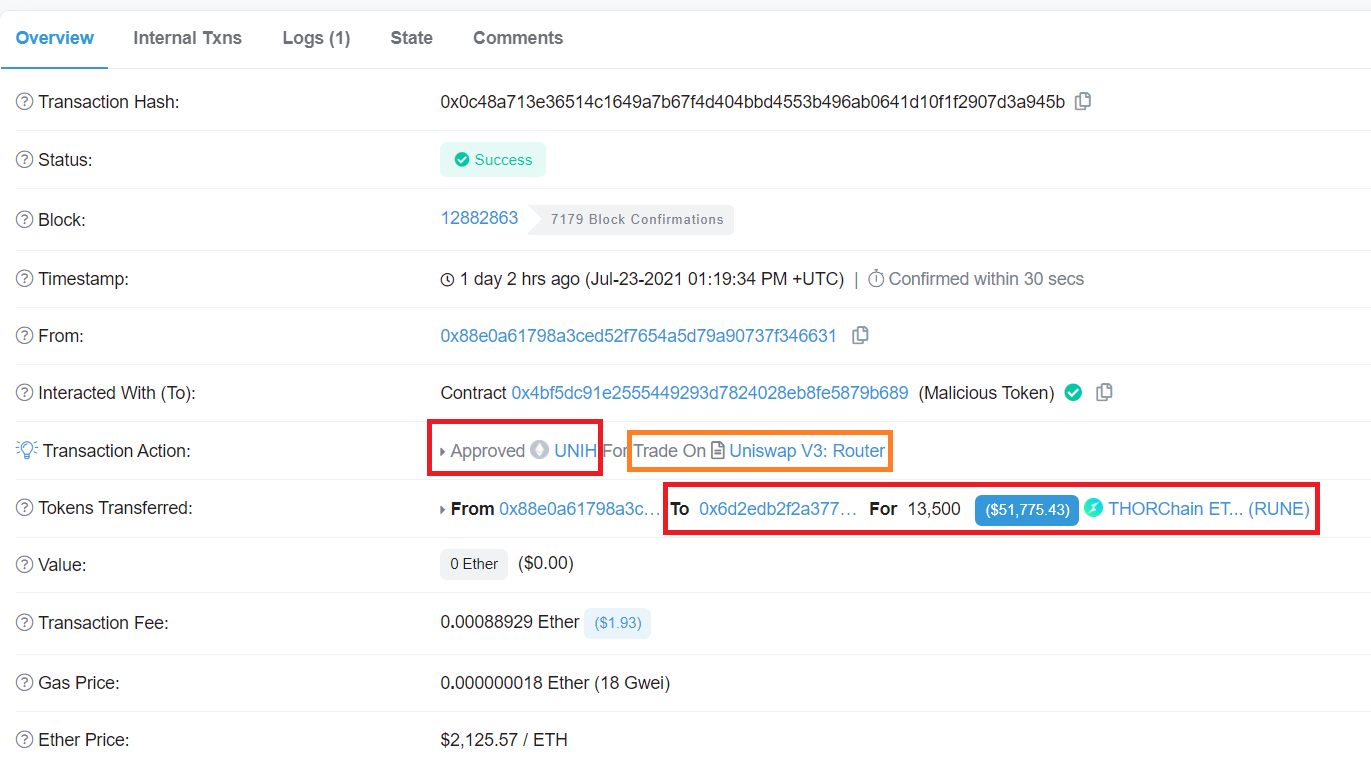 This has unfortunately resulted in at least $75k worth of $RUNE tokens being stolen with one user losing over $50k as a consequence of calling the approve function from within Uniswap.