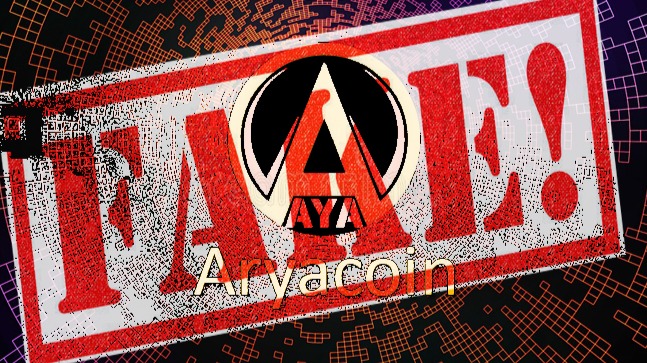 Aryacoin (AYA) Review; Is It Fake or Not?!

Aryacoin (AYA) is an Iranian cryptocurrency that, according to its developers, was created to generate a peer to peer and decentralized payment method (like Bitcoin). One of the highlights of this coin is its connection to another project called Mrdigicoin which is apparently made by the same team.

Here we review the details of this project.

The article is translated based on a review written by a Bitcoin specialist in Iran and the translator is not responsible for the content.

AryaCoin or AYA, which some refer to as the first Iranian digital currency, is a coin whose transactions are stored on a blockchain and can be mined. and as mentioned before, it is claimed to be peer-to-peer with high privacy.

But in reviewing this project, we came across some points to consider:

While developers usually describe their project in their white paper, in the case of the AryaCoin, 80% of the White Paper is exactly the same as Bitcoin’s, except for a few minor differences, which is more related to how to trade in offline exchanges!

This shows that for whatever reason, developers did not spend much time writing a White Paper.

Github Created Entirely in One Day

All the project related codes are added to (Github) by one person in one day and that person is the only project contributor. Not much information here which is very suspicious!

73% Of Aryacoin Are Held at one Wallet Address

AriaCoin  (AYA) mining algorithm is like the Litecoin of Scrypt type. The network has a hash rate of about 2 GH /S   at the time of writing this article, which is not comparable to Litecoin, which has a hash rate of around 281,000 GH /S. The same low hash rate of the network can make it vulnerable to a 51% attack, another thing that developers claim against it!

By visiting the miningpoolstats website, you can see that two mining pools, one in Turkey and the other in the United States, have 95% of the network hash rate, and the hash rate of these two pools is rotated alternately.