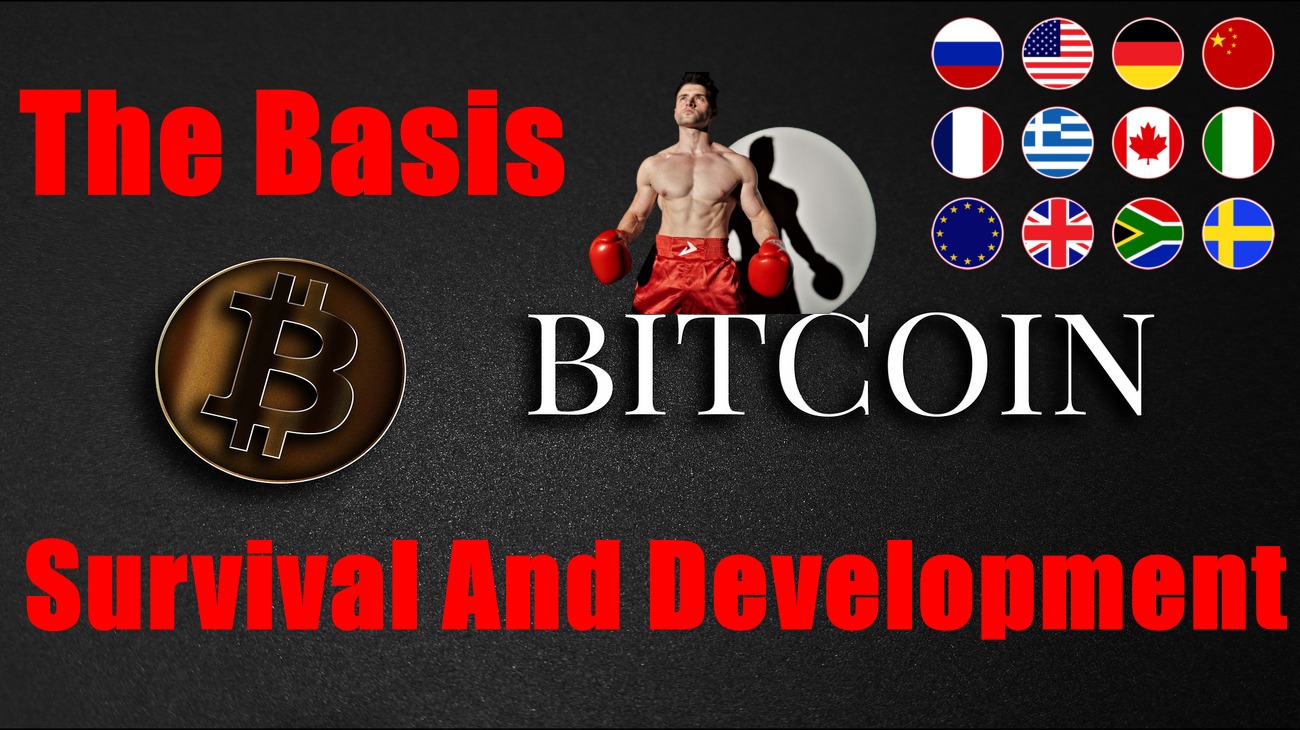 What Is The Basis For The Survival And Development Of BTC❓

Recently, negative information in the encryption circle is emerging in an endless stream, especially Bitcoin. News about China’s regulatory storm, Musk’s fall to the ground, US FBI hackers’ suspicion of the security of private keys, US high-level Trump’s attacks on Bitcoin, Japan’s and South Korea’s strengthening of supervision, etc., basically every week Negative news. Against this background, Bitcoin has become very strong. After the negative news in the last month, the price is still $38,000 per coin, which is really good. Of course, there are good news, especially the big news about the use of Bitcoin as legal currency in El Salvador. The first country to use Bitcoin as legal currency has appeared in the world, which is quite stable. But needless to say, overall there are still more negative news and less positive news.

In such an atmosphere, there are bound to be some people who will inevitably ask such questions: "How long can the flag be fought?" Does Bitcoin have a future? Some people have always said that there must be faith in Bitcoin. But faith cannot be generated out of thin air. If you just use the history of Bitcoin in the past 12 years as the source of faith, it will not be persuasive, because the world’s environment has changed, and the past history of escape from the dead and resurrection of the defeated will repeat itself. ? The current belief must start from the cognition of the current environment, because this article attempts to make a brief analysis of the global power classes related to the survival and development of Bitcoin.

The first class force that affects the survival and development of Bitcoin is of course the country. Whether it is the US government or the Chinese government, its policies have a great influence on Bitcoin and the crypto circle. From the perspective of Bitcoin, countries in the world can be divided into four classes.

The first national class is the superpower of the United States. The United States is a chaebol country, and its attitude towards Bitcoin is divided. Bitcoin itself was born out of the proliferation of Western currency against the U.S. dollar, and subsequent historical practices have made Bitcoin have a "double-edged" effect on U.S. dollar hegemony. On the one hand, it is in the global de-dollarization movement. Bitcoin plays a threatening role as a partial replacement for the U.S. dollar; on the other hand, since the global partial de-dollarization may be a foregone conclusion, if the United States can manipulate and control the main body of Bitcoin, then Bitcoin can also become a vassal of the U.S. dollar. Functions that the U.S. dollar cannot directly perform. At a deeper level, some chaebols will also consider the possibility of the dollar eventually losing the global reserve currency, so owning and controlling Bitcoin is a good preventive measure. Therefore, the United States is generally open to Bitcoin, and the power of the chaebol that supports Bitcoin is gradually increasing. The current trend is to use the legal framework of the United States to try to control the circulation of Bitcoin. In any case, it is with the support of some US capital that Bitcoin and the crypto circle have had this recent wave of bull market.

The second national class is regional powers such as China and Japan. This class is basically opposed to Bitcoin. Their legal currency is very strong in the region and global trade, but they always face the strong suppression of the hegemony of the US dollar. On the one hand, if you want to de-dollarize, you hope that your country’s legal currency will replace the US dollar instead of replacing the reserve currency with Bitcoin; on the other hand, Bitcoin has the effect of money laundering of capital flight, and if capital flight, it is against the US dollar. support. So at least for the moment, Bitcoin's effect on this class of countries is more negative than positive.

The third class is a small and medium-sized country with a good economy and an open currency. Their attitude towards Bitcoin is noncommittal. The legal currency of their countries is basically useless outside the country. In short, currency circulation with the outside world is to use major countries such as the US dollar and the euro. If these legal currencies are replaced by Bitcoin, will it have a complete impact? They will not take the initiative to embrace Bitcoin, because the economy is pretty good now, and they have a good life, so they don’t need to care about it. But they will not take the initiative to oppose Bitcoin, because Bitcoin has replaced the U.S. dollar and the Euro, and it has little effect on them.

The fourth class is a backward "failed country" or a country that has a fierce confrontation with the United States. Take countries like El Salvador and Iran. For the former, its own legal currency is basically a waste currency, and using Bitcoin as a legal currency is better than the US dollar. The US dollar can be manipulated by the United States, and Bitcoin is a decentralized currency after all, and the US will not manipulate it. It's as handy as the U.S. dollar. For the latter, Bitcoin is one of the stored-value currencies. Because of the confrontation with the United States, the acquisition of the US dollar is limited and scrupulous, and holding a certain amount of Bitcoin is a basic means of confrontation.

So on the whole, in terms of the country's class analysis, most countries have the fundamentals for the survival and development of Bitcoin.

Relatively more important should be the allocation of family wealth. There are countless wealthy families in the world, and the way these families dispose of wealth has similarities and innovations from ancient to modern times. Is it because of the appreciation of art or financial mortgage for the collection of modern art and the value of gold? For many families, these stored values ​​are actually a kind of "last wealth" security measure-when the family encounters unexpected or downfall, there are still a few last wealth that can be used by future generations, so that the family's existence will make a comeback. hope. For these families, Bitcoin is a new "last wealth" method that has emerged, and because of its liquidity, concealment, and invisibleness, it far surpasses the functions of the past gold jewelry art in many aspects. The obvious trend now is that more and more families buy a certain amount of Bitcoin as their "final wealth" storage. At present, more than 50% of the Bitcoin stock is part of the giant whales believed to be the actions of this class. The storage of family wealth is naturally more secretive, but this power will definitely continue to strengthen, not only for wealthy families in the West, but also for families in other countries, especially those in turbulent countries. And a large number of small and medium-sized families will also have certain needs in this regard. In the historical period of war and chaos, who does not have a few gold bars in the real family?

Another social class is institutional speculation. In fact, we know that this wave of bull market is called the "institutional bull market." A large number of American financial institutions and large companies led by Gray have entered the currency circle. Their purpose is naturally financial speculation and financial management. Their funds come and go, and it is impossible to hold Bitcoin forever, but they make the market alive and liquidity can be brought into play. When the policy is tight, some institutional funds will naturally flow out, and when it eases a little, funds will flow in again. But on the whole, only if the crypto circle has an interest in the market, they will not stop entering the currency circle.

Therefore, a comprehensive analysis of the two aspects of the country and society, we can clearly know that, no matter at the national level or the social level, Bitcoin has been highly trusted by some forces, and all classes will not support Bitcoin because of their own interests. However, the supporting class strength is sufficient to ensure the survival and development of Bitcoin. Looking at Bitcoin with such a structure, there may be a so-called "belief" in its long-term value. What can defeat Bitcoin may be the future technological advancement that has cracked the security of the private key, but it will never be the suppression of some state and social force, because it is impossible to achieve unanimous opposition from the global class.

Follow me and provide you with BTC information every day!