Is ZCash (ZEC) A Good Investment? In-depth Analysis and Near to Longer-Term Expectations
Ask Statera Project team anything - the AMA ends on Wednesday. $200 in DAI prizes are available just for participating in the AMA or tweeting about it! Join the AMA and ask your questions here.

Is ZCash (ZEC) A Good Investment? In-depth Analysis and Near to Longer-Term Expectations 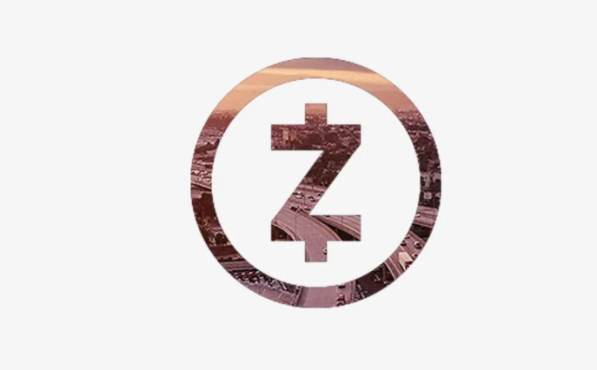 ZCash is one of the leading privacy-centric cryptocurrencies. Using the famous technology zk-SNARKS, ZCash has earned its reputation and respect even from the supporters of other privacy coins. Whenever someone mentions privacy crypto coins, usually, there are three names that instantly come to their mind. Monero, ZCash, and Dash.

So, how bright ZCash’s future is compared to the other privacy cryptocurrencies? Let’s find out together with this article. We will explain what makes ZCash unique and whether it’s worth it or not to invest in this coin.

Many people praised Bitcoin’s ability to disrupt the financial industry. They believed it was quite amazing to finally have something that could challenge the centralization of our money. Bitcoin introduced the concept of decentralization through the blockchain technology.

While Bitcoin is amazing, the rising popularity of Bitcoin also leaves one big problem. In the Bitcoin blockchain, the privacy feature is completely ignored. Everybody can easily see your outgoing and incoming transactions from your Bitcoin wallets.

This is the problem that ZCash has been trying to fix. While the ZCash team believes in the ideology and the technology of Bitcoin, but they also believe the privacy feature must be inserted into the blockchain. Why? Well, because most people don’t want the public to know what they do with their money. And it’s completely understandable.

Within ZCash blockchain, transactions can be “shielded” to protect the privacy of the users. They use the technology that’s called zk-SNARKS to achieve this goal. And just like what I have written above, zk-SNARKS technology has earned its reputation among crypto enthusiasts. Even Vitalik Buterin himself (co-founder of Ethereum) highly recommended the implementation of zk-SNARKS.

While there are other privacy cryptocurrencies, but ZCash has its own unique selling point. Unlike its competitors, ZCash gives the ability for its users to choose multiple types of transactions. You can fully opt-in to ZCash’s privacy feature, you can opt-out, or semi opt-in. The ability to choose how “private” your transaction makes ZCash unique compared to most other privacy cryptocurrencies. We will get into this below. 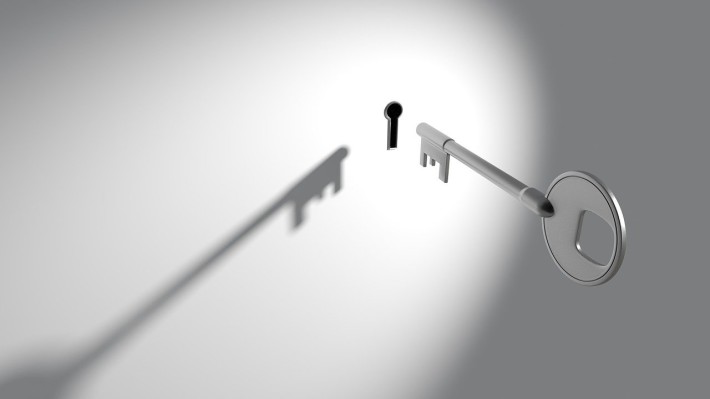 Before we get into the technology of ZCash, we need to learn more about zero-knowledge proof. A zero-knowledge proof is a situation where someone can prove to someone else that one statement is factually true without the need to reveal any secret or sensitive information.

The easiest real-life example of this is when someone tells you that he has the key to your storage room. You want him to prove it. He goes into your apartment while you wait outside the apartment’s main door. He unlocks the storage room and tells you to check it. You go inside, and you verify that now the storage room is unlocked.

We have a more in-depth and detailed explanation of zero-knowledge proof in our What is ZCash article. You might want to check that out.

Within the ZCash ecosystem, this zero-knowledge proof concept is implemented in its primary feature that is called zk-SNARKS. zk-SNARKS is Zero-Knowledge Succinct Non-Interactive Argument of Knowledge.

So, zk-SNARKS define the transaction values and the addresses of wallets as part of sensitive information. The wallet with transaction outputs will be able to “shield” his transactions from the public eye. Although to do that, he still needs to “prove” both the input and output values of his wallet transactions.

The same wallet will also need to prove the private spending keys of the input notes. This is needed, so the ZCash blockchain can verify that it’s the same person who really sends the outgoing transaction (and not someone else trying to manipulate the blockchain).

Thanks to zk-SNARKS technology, ZCash has the ability to give two different addresses to each wallet. They are called Z-address and T-address.

The letter T in T-address literally means “Transparent”. So, T-address is the wallet’s public address where everybody can see the transactions (just like how Bitcoin blockchain works). Meanwhile, Z-address means the wallet address is shielded or private.

The usage of Z-address is needed to “hide” your transactions from the public. By using Z-address, you can fully opt-in or semi opt-in to ZCash’s privacy feature. Basically, there are four different transaction types with ZCash.

Keep in mind that in a z-address to z-address transaction, transaction amount, memo, and wallet addresses are encrypted and not visible to the public. But by using zero-knowledge proofs, the blockchain verifies that the transaction has occurred. 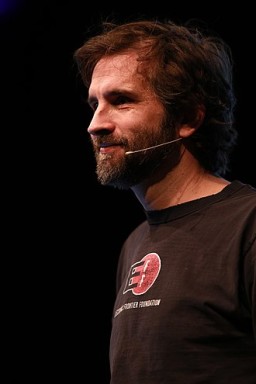 We have explained the technology and essential features of ZCash above. But, when it comes to investment, we also need to know who’s behind the project. More often than not, investing in one cryptocurrency also means investing in its future.

And of course, investing in a cryptocurrency’s future means investing in the team’s promises and commitments to develop the coin. So, how about the ZCash team? Well, many members of the ZCash core team was actually part of the Zerocash protocol that was developed in 2014.

Because ZCash uses the Zerocash protocol (despite the fact that it began as a Bitcoin fork), ZCash brought in all the names above. The leader of the project itself is Zooko Wilcox-O’Hearn, and he was known for his involvement in ZRTP and BLAKE2 cryptographic function.

The development team of ZCash is called the ECC (Electric Coin Company). As you might have expected at this point, Zooko Wilcox-O’Hearn is the CEO of ECC. One thing to keep in mind, though. The ECC is not ZCash Foundation. They are two separate entities.

Outside the controversy between ZCash Foundation and ECC, to be honest, ZCash developers have a reputable background in the crypto space. Most of them have been contributing to the crypto space from years ago. The ECC has very experienced names compared to other altcoin development teams. 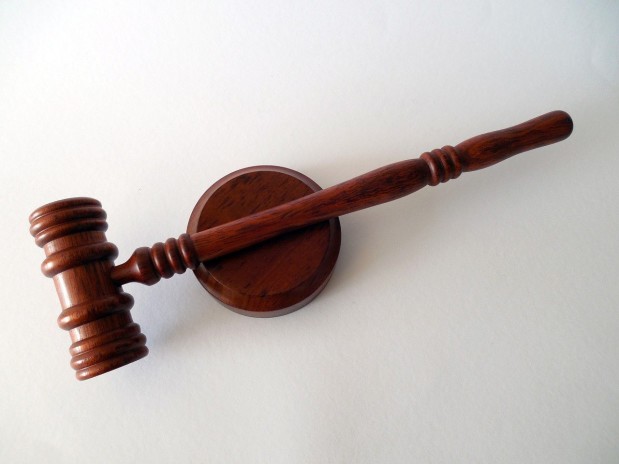 Among privacy-centric cryptocurrencies, ZCash actually has a very strong future. If there are two privacy coins that will remain relevant in years to come, I will bet my money on ZCash and Monero. And knowing that ZCash core developers are very reputable in the cryptographic world, the future is bright.

However, there are some potential roadblocks that you must be aware of. First of all, about government regulations all over the world. As we all know, governments have been increasingly aware of the use cases of privacy-centric cryptocurrencies. And judging by their reactions, they don’t seem to like hidden or shielded transactions.

If governments all over the world choose to “ban” privacy coins, ZCash won’t be one of the exceptions. In other words, ZCash future is highly dependent on whether the governments will give it a chance or not.

Another potential roadblock is the development of other privacy coins. As I have mentioned above, ZCash began as a fork of Bitcoin blockchain. Because of that reason, ZCash speed is not that impressive. It is considered slower than many newer cryptocurrency projects.

If there’s a privacy coin that is speedy but can also shield transactions as good as how ZCash does it, it might become the biggest competitor to ZCash itself. 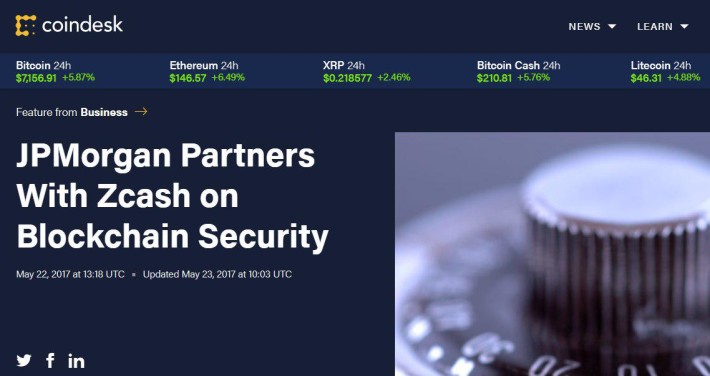 How about ZCash adoption rate? Well, this is actually one of the strengths of this coin. As reported by Coindesk, ZCash’s Zero-Knowledge Security Layer was successfully implemented in Quorum. For your information, Quorum is a private blockchain created by JPMorgan.

And Vitalik Buterin himself has “teased” the idea of implementing ZCash’s zk-SNARKS to Ethereum (the second biggest cryptocurrency in the world at the moment). If the idea is successfully implemented, it will become a huge win and testament to the technology of ZCash.

Unfortunately, a crypto coin price is not only about how good or how bad it is. It’s also “controlled” by one external factor that can affect the entire cryptocurrency market. That factor is called Bitcoin price. Everybody knows that Bitcoin price affects altcoin prices. ZCash is not an exception.

ZCash is one of the biggest privacy-centric cryptocurrencies. Its technologies have received a lot of positive testimonials and even adopted by JPMorgan. ZCash will be able to keep its reputation as long as privacy coins remain relevant in the future of the crypto space.

Investing in ZCash is recommended. Compared to many other altcoin projects, ZCash remains one of my top altcoins in the list. However, keep in mind that investing in a crypto coin is not as easy as analyzing the fundamentals. Bitcoin price and the future of privacy coins will also affect ZCash price. 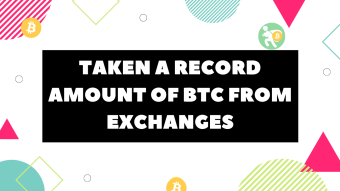