Is Litecoin (LTC) a Good Investment? In-depth Analysis and Near to Longer-Term Expectations 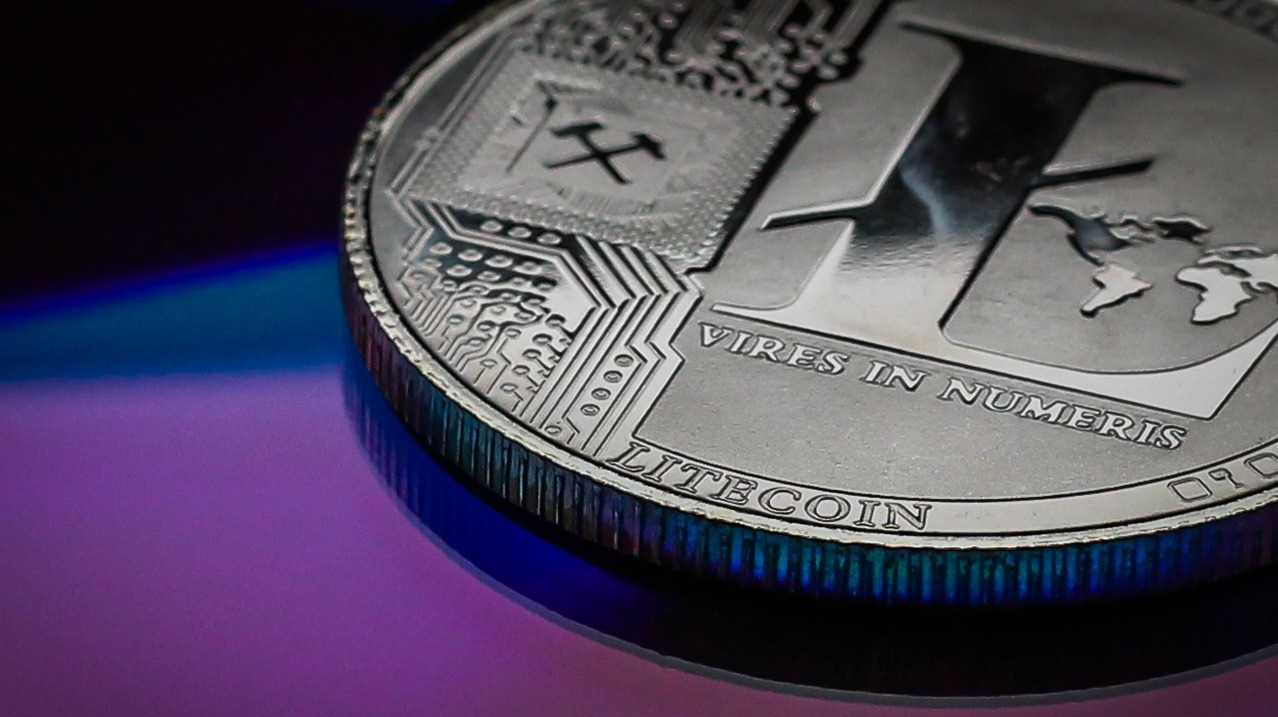 Is Litecoin (LTC) a Good Investment? In-depth Analysis and Near to Longer-Term Expectations

Investing in cryptocurrency is extremely risky, there’s no question about that.

They are volatile, experimental, highly speculative, and not widely adopted. The crypto space suffers from massive hacks, billion-dollar scams, manipulation, and critical bugs that could take down a crypto network.

That’s simply the sad truth that none of us want to hear. It’s like the wild west in crypto and it's just going to take time for the space to mature.

To further emphasize how early we are and how risky crypto investing is, we must understand that crypto can and does lose nearly all of its value from time to time.

For instance, it’s not out of the ordinary to see 20 percent price swings in a day and crypto’s across the board essentially lose ~85 percent of their value after each all-time high (ATH)

The image above showcases 9 years of Bitcoin’s price history from 2011 to 2020. As you can see, after each Bitcoin peak, the price retraced ~85%.

It’s true, from the time Bitcoin finds a bottom and then reaches a top, it’s generally around 2-3 years, and then Bitcoin and every other crypto drops ~85 percent in value until it finds a new bottom.

So, we’ve established that cryptocurrency investing is incredibly risky and volatile, but if you’re reading this, I’m guessing you invest anyways.

Despite the risks and volatility, there are still incredible opportunities with investing in crypto and it’s quite possible to make life-changing money.

However, it’s often best to play it safe and invest in only the best cryptocurrencies. The ones that are most established, most liquid, have a solid backing, an active community, have a purpose, solve a problem, have adoption, and have a vision for the future.

In the following article, we’ll take a deep dive into Litecoin. We’ll look at its price action, development progress, level of adoption, and the risks and challenges it faces.

By the time you’re done the reading, you’ll have a fundamental understanding of whether or not Litecoin (LTC) is a good investment.

Litecoin (LTC) launched in crypto’s very early days back in 2011, just 2 years after Bitcoin (BTC). It was created by Charlie Lee, a Google employee and former Engineering Director at Coinbase.

With these differences, Lee intended Litecoin to be more affordable, faster, and more accessible to the average consumer and thus be thought of as, “the Silver to Bitcoin’s Gold”.

That being said, Lee’s intentions were never to compete with Bitcoin, but rather to complement Bitcoin.

Both Bitcoin and Litecoin are open-source, decentralized, and global peer-to-peer (P2P) payment networks that operate without the need for central authorities. They both had goals to become frictionless, borderless, peer-to-peer electronic cash.

However, over the years, Bitcoin gained a lot of market share but failed to make any serious developments and improvements.

Some people argue that Bitcoin was hijacked by Blockstream and other entities who wanted to keep Bitcoin slow and expensive so they could develop second layer solutions such as Lightning Network and Liquid and then profit from them.

Whether this is true or not, is up for debate. But the point is that Bitcoin is now too slow and too expensive for most commerce. Most people now see Bitcoin as a store of value or digital gold.

So where does that leave Litecoin?

However, it’s also taken on another role. For some time now, Litecoin has inadvertently been used as a sort of testnet for Bitcoin. This is because Litecoin’s code is derived from the Bitcoin protocol and therefore, the two cryptocurrencies are very similar down to their core.

So, if developers ever decide they’re actually going to improve Bitcoin and the network can come to a consensus to implement such an improvement, then they can first test it on Litecoin to see how things turn out – (I’ll delve more into this in the “Development Progress” section).

All in all, that is the gist of what Litecoin is and what its purpose is.

Now that we have an understanding of Litecoin’s background and its purpose, let’s take a look at Litecoins price action and determine if it can be considered a good investment.

The first thing to look for when making a long-term investment in any particular cryptocurrency is whether or not it's holding above the market structure and/or building a strong market structure.

To quickly define a market structure, it’s simply the macro price action of an underlying asset.

When an asset breaks below and trades below the market structure, it’s a sign of weakness and shows little demand for the underlying asset.

When an asset breaks above the market structure or never breaks it in the first place, that’s a sign of strength and resilience and shows demand for the underlying asset.

So, how does Litecoin (LTC) fair in regards to price action and market structure? 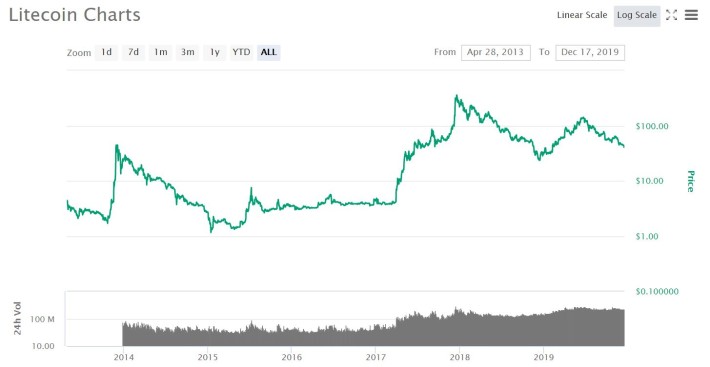 The chart above shows Litecoin’s price history starting from April 28, 2013, on a log scale.

We all know what happened next… Litecoin cascaded down along with the rest of cryptocurrencies and found its bottom 1 year later on December 14, 2018 at a price of $23. 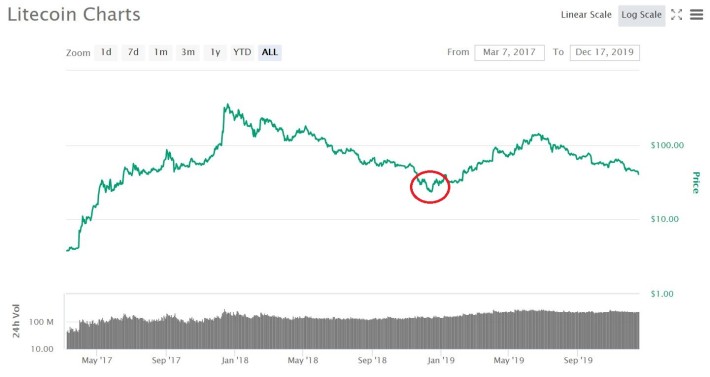 Now, as Litecoin stands today, it has fallen below its first peak price of $44.53 and is currently trading at $37. However, Litecoin’s strongest market structure is around the $4.00 range, a range which LTC is far away from yet.

The most critical market structure LTC needs to hold in order to remain a good investment right now is the $23 range. This range is important because it was the low in December 2018, it was support in 2017, and it was resistance in January 2014: 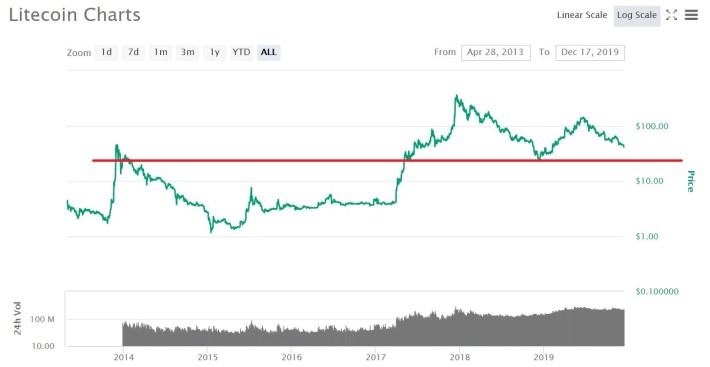 If Litecoin falls below this range highlighted in the image above, then Litecoin could be in big trouble and potentially fall all the way down to $7 - $4.

All in all, as Litecoin stands today, I would say its price action shows that its a good investment. However, if the price falls to below $23, my stance on Litecoin would change completely.

As previously mentioned, Litecoin has inadvertently taken on the role as a sort of testnet for Bitcoin.

By analyzing the development of Litecoin, we can better understand if Litecoin differentiates itself enough to be a good investment or if your money is better off invested in Bitcoin.

Since the very beginning, Litecoin derived its code from a fork of the Bitcoin Core Client and has maintained close ties with its big brother ever since. In fact, all of the development proposals and little improvements that go into Bitcoin are also adopted into Litecoin.

That being said, Litecoin became the first cryptocurrency to adopt Segregated Witness (SegWit) –  a scaling solution developed for Bitcoin – in May 2017. Once SegWit’s implementation was found to be successful in Litecoin, it was integrated into Bitcoin.

Another big development Litecoin accomplished before Bitcoin had to do with the Lightning Network. During the same year as SegWit, the first Lightning Network transaction was completed through Litecoin, transferring 0.00000001 LTC from Zürich to San Francisco in under one second.

As for the future development of Litecoin, Lee has stated that he believes fungibility for a cryptocurrency is of vital importance and that Litecoin will begin developing privacy-enabling solutions such as MimbleWimble (MW) and Confidential Transactions (CT).

For now, fungibility appears to be the priority for Litecoin developers and their core team is working to bring fungibility to Litecoin through MW/CT in the near future. There hasn’t been much news around Litecoin’s progress with this, but I’m betting we’ll see some more developments in 2020.

All in all, if Litecoin can successfully implement novel privacy features into LTC, then I would become a lot more bullish on Litecoin and more hopeful for Bitcoin. However, that is if such a feature is successful and manages to get implemented into BTC.

Another important metric for determining whether or not a cryptocurrency is a good investment is to see how well it's being adopted and used.

For the most part, cryptocurrencies, in general, are not widely adopted and all of the adoption metrics are really quite sad, so just take that into consideration when you see Litecoin’s metrics.

According to the Litecoin Foundation, Litecoin is already accepted at over 200 diverse online businesses across the globe. This is actually quite a lot in comparison to most other cryptocurrencies.

These businesses accepting Litecoin offer products and services ranging from luxury travel and yacht rentals, to gold, silver, and jewelry, to professional and educational services, as well as books, clothing, food, and much more.

Now apart from using Litecoin in commerce, it is also widely adopted among cryptocurrency traders and enthusiasts.

For instance, Litecoin is available to trade, buy and sell at over 40 major cryptocurrency exchanges and over 13 major over-the-counter (OTC) desks. Also, there are over 17 quality Litecoin wallets including hardware, software, and online wallets for users to store their funds.

All in all, Litecoin is an established cryptocurrency that has achieved a great level of adoption, that is as far as crypto adoption goes… Therefore, Litecoin can be considered a good investment from its adoption standpoint.

Litecoin is one of the most popular and well-established cryptocurrencies. It has been around since the early days of crypto and has managed to survive multiple bear markets and come back with a vengeance.

LTC is still holding above two major levels of market support and the overall macro price action is looking bullish.

Litecoin has very close ties with Bitcoin and is inadvertently used as a sort of Bitcoin testnet. Therefore, Litecoin is likely to perform well for years to come as long as Bitcoin performs well.

If Litecoin continues to successfully implement innovative new features in which Bitcoin might one day adopt, then Litecoin should maintain its place alongside Bitcoin as the Silver to Bitcoin’s Gold.

All in all, I think Litecoin is a good investment considering its reputation, price action, development, and purpose.

What do you think about Litecoin (LTC)? Do you think it’s a good investment? Why or why not? 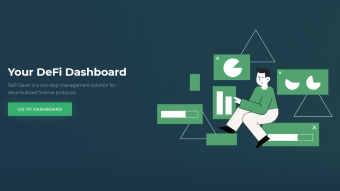