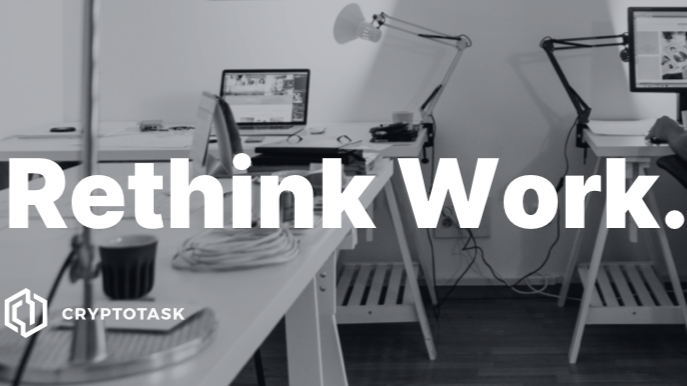 Blockchain is looking to make strides in many industries worldwide. In this article, we’ll be diving into our top 4 chosen industries where blockchain is currently making a splash.

There are two main players making an impact in the blockchain industry and have the potential to change the outlook of the market. These two companies are Facebook and Telegram. Facebook has been developing its own blockchain called Libra, while Telegram is working on their blockchain Ton. Both have significant opportunities that could make their cryptocurrency not only compete with the likes of Ethereum and Bitcoin but with fiat currencies as well.

How are they making a splash?

Both are creating a currency to be used within their own marketplaces allowing for peer to peer transactions between people. Meaning you can pay someone without leaving your messaging app, quickly and directly. Telegram has over 300 million users, which represents almost the size of the US at 331 million. If you would place Telegram as their own country, they would be ranked 4th in the world in population size. This doesn’t mean the Gram token (running on Ton) will have significant value compared to other countries’ currencies. However, it still could bring value and stability because of the sheer number of people who could potentially use it within the app.

Facebook, is on a whole nother level when it comes down to the future strength of their cryptocurrency. With over 2.4 billion users they would be ranked as the number one country in size, followed by China at 1.4 billion citizens as number two. Again there is no guarantee Facebook Libra could compete with the dollar, but they could make a run at it due to the significance of their user base size.

If you hold cryptocurrency, that means you are holding a valued asset that is not held by the banking sector. Thus, taking a piece of the market. As of right now, the crypto industry’s total market valuation is at 266 billion, compared to the banking sector at 7.2 trillion. That represents 0.37% of value away from the banking sector. And trends keep showing this growth will continue.

In 2015, the amount of active crypto wallet holders was 3.2 million. As of 2019, active wallet holders represented 29 million. An 806.25% growth within 3 years. We should expect continued growth as the market matures and development upon its infrastructure becomes more advanced and simpler to use. This includes the ease for users to make peer to peer transactions.

Expected growth with advertising spending looks to continue, but there is a lot of “what if’s” popping up. Overall, 47% of internet users are using an adblocker and stats show this will continue to rise. Traditional website ad placements are losing their traction because of the availability to block “unwanted ads” while surfing the internet.

This opens the doors to new advertising models that give more power to the user. Brave Browser is a great example of an up and coming model that has disruptive potential. Users have the ability to select whether they see displayed ads. By not showcasing ads, the page loading time is significantly faster than using Google Chrome. This contributes to the time your computer takes to load the page, and without ads, it becomes faster.

As a way to incentive the user to see ads, Brave shares the publisher’s advertising revenue with the user. Thus, by turning on your ads, you are paid to view. This becomes much more attractive than using Google Chrome where they share none of their earnings to the people viewing. We should expect the Brave’s model to continue growing in 2020.

Smart Contracts and the Freelance Market

Smart Contracts are meant to allow large sharing incentive systems, as it’s not done by humans but by a binding contract coded with rules. This means the ability to hack such a contract is almost impossible because humans are not involved with distributing the earnings. Instead, it’s a computer program, which won’t distribute if the actions are not bound by those rules.

One market that we consider a hidden gem is the freelance industry. This is where smart contracts can bring an impact between clients and freelancers. Work can remain in an escrow smart contract where remuneration is paid when work is approved. In the US alone from 2018 to 2019, the market grew 78%, which showcases more and more people becoming freelancers rather than employees of companies.

CryptoTask are working to make a splash utilising blockchain within the freelance marketplace. They are developing the use of smart contracts that utilises a review mechanism to create trust between the client and freelancer.

CryptoTask (CT) is a decentralised freelance market ecosystem skipping 3rd party fees by directly connecting hirees and applicants peer to peer. CT uses a commercially scalable consensus mechanism with a reviewer board selection built into the blockchain. This means job disputes are resolved much faster and cheaper, while your reputation is stored on the blockchain and there is no arbitrary censorship or hidden tampering, such as hidden boosting, something that centralised platforms are infamous for.

Make sure to check out our beta platform where you can sign up and start applying for job roles. You can also follow them on Telegram & Twitter to keep up to date with the project developments.

What other industries can blockchain disrupt? Leave a comment below, also if you like the content consider following me and tipping the article so more people get to see the content. Until next time.