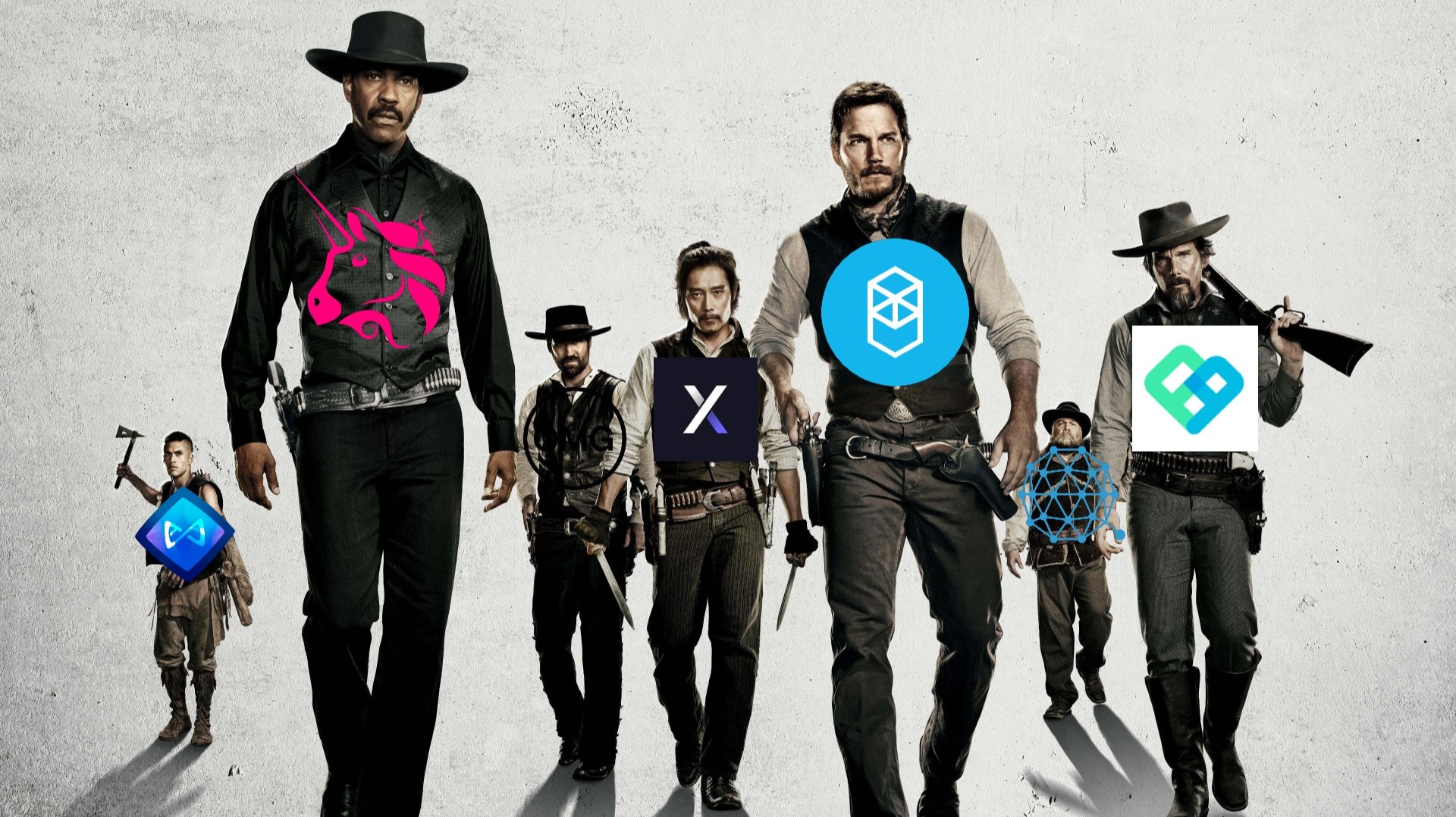 In this article, I will take a look at the seven altcoins that increased the most over the past seven days (September 24th to October 1st). Note these are top gainers in top 200, there are other projects that have gained more that have smaller market caps.  Those altcoins were -

DYDX has been increasing inside an ascending parallel channel since Sept 14. On Sept 27, it broke out from the channel and validated it as support the next day (green icon).

Currently, it is approaching the resistance line of the channel once more.

If the upward movement continues, the closest resistance area would be at $30.70. This is the 2.61 external Fib retracement resistance level when measuring the most recent drop.

There is not enough data available for DYDX that would allow the use of different indicators and time-frames.

OMG has been increasing alongside an ascending support line since reaching a low on July 20.

It initially struggled to move above the $10.60 resistance area, but managed to break out on Sept 30. The breakout is supported by both the MACD and RSI, which are moving upwards.

The next closest resistance area is at $15.33, created by the May highs. 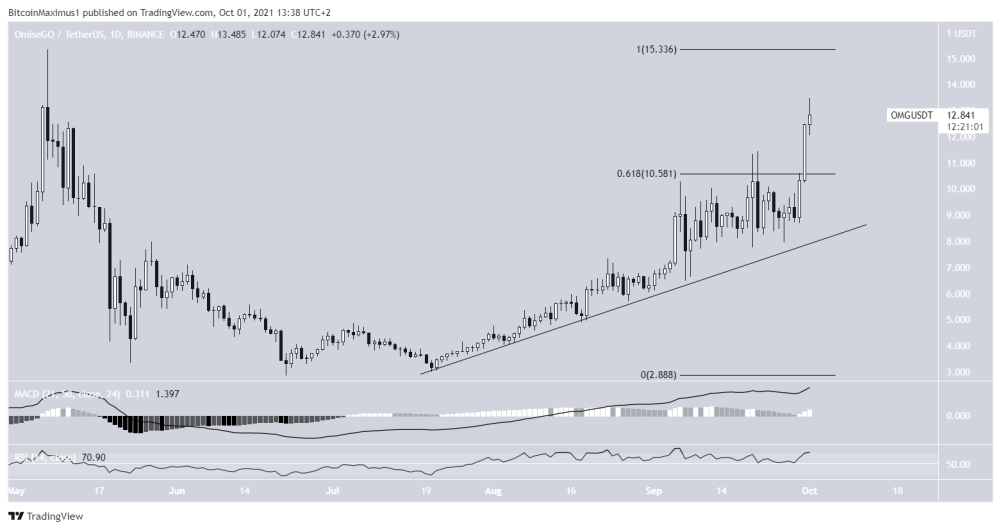 UNI had been trading inside a descending wedge since Sept 7. On Sept 26, it managed to break out and proceeded to reach a high of $26.

After a brief drop, it began another upward movement and is now in the process of moving above the 0.618 Fib retracement resistance area at $26.15. The upward movement is supported by the MACD and RSI, which are both increasing.

If the token manages to break out, the next resistance would be at $31.42.

PERP had been decreasing underneath a descending resistance line since Aug 30. This led to a low of $10.66 on Sept 26.

It proceeded to reach a high of $19.11 on Sept 27 but was rejected by the 0.5 Fib retracement resistance area and fell.

It is currently in the process of bouncing and making another attempt at breaking out. If so, the next resistance would be at $26.25.

QTUM had been decreasing inside an ascending wedge since Sept 6. On Sept 29, it reversed trend after both the RSI and MACD generated bullish divergences and broke out the same day.

Currently, the token is approaching the 0.5 Fib retracement resistance level at $12.80. If it is successful in breaking out, the next resistance area would be at the Sept highs near $17.

FTM had been decreasing alongside a descending resistance line since it reached an all-time high price of $1.94 on Sept 9. The downward movement took it all the way to a low of $0.94 on Sept 21.

However, FTM has been moving upwards since. On Sept 25, it broke out from the resistance line and validated it as support afterwards.

If it breaks out, the next resistance would be at the $1.93 all-time highs. 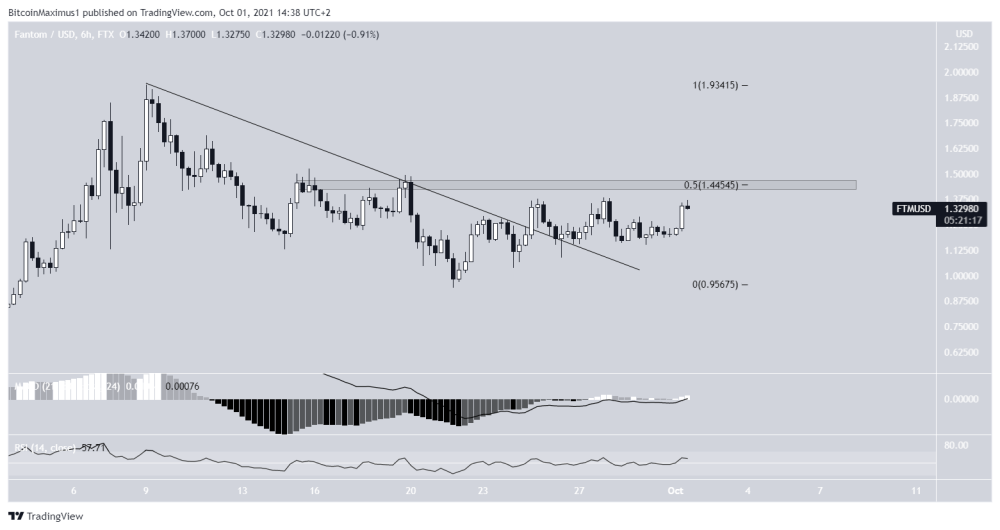 Similarly to FTM, AXS had been following a descending resistance line since reaching an all-time high price of $94.67 on Sept 4. The decrease led to a low of $48.10 on Sept 21.

Afterwards, the token broke out from the resistance line and reclaimed the $62 area.

It is currently approaching the $94.67 all-time high price. If it is successful in breaking out, the next resistance would be at $123. This is the 1.61 external Fib retracement of the most recent drop. 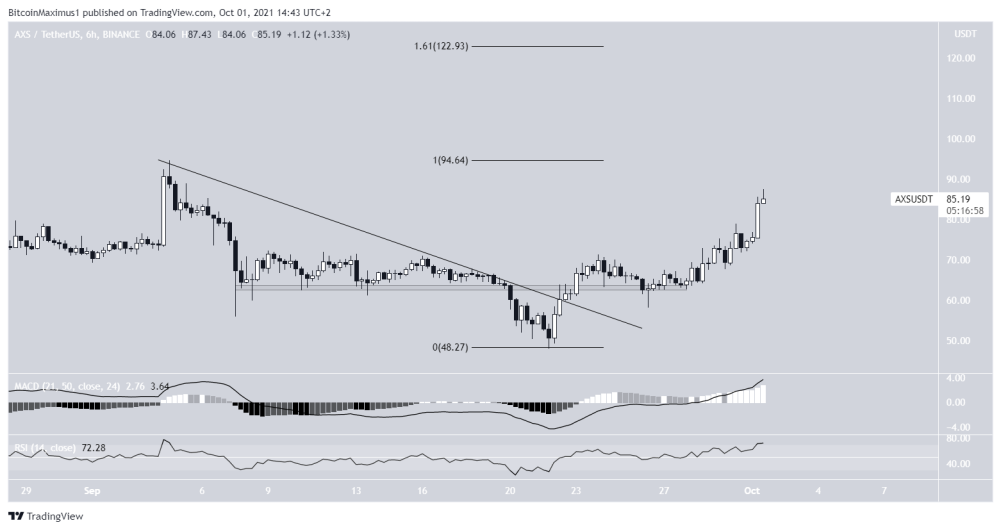 What do you currently think about the market? Are any of these projects your favourites? What projects will make the cut next week? Leave a comment and let's get some dialogue going! If you like this type of content, consider following me here and leaving a tip.