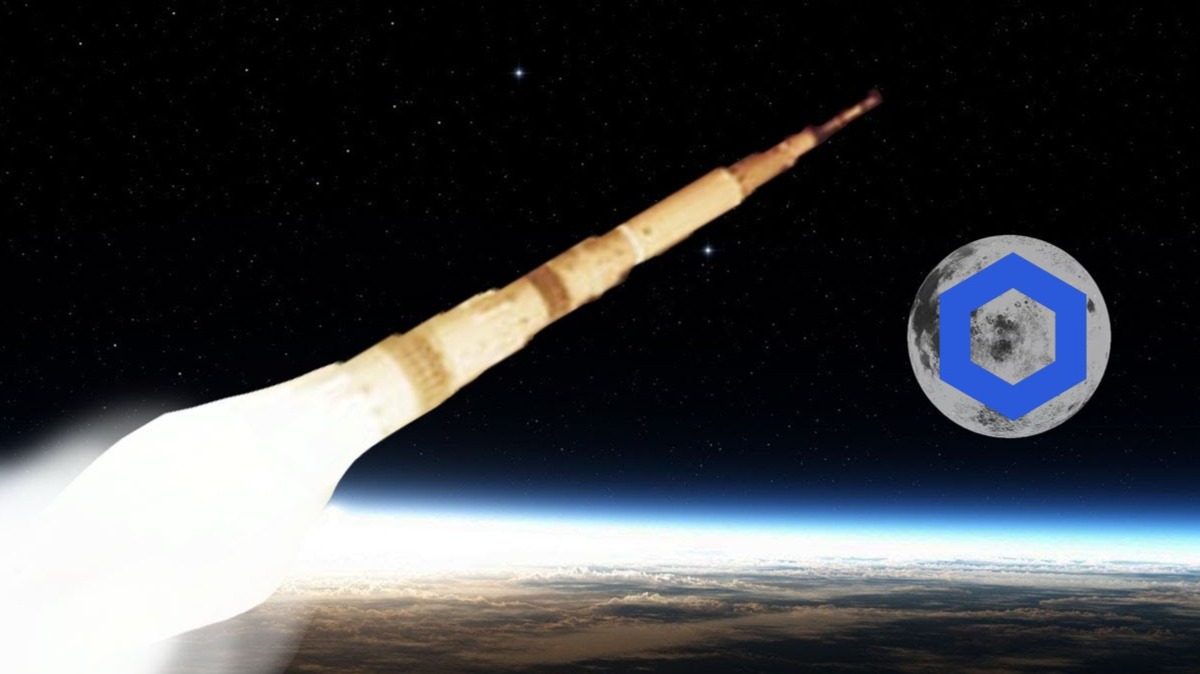 While the upward move still looks strong in the long-term, there are numerous signs of short-term weakness present.

The LINK price has been on a long-term upward trend since January 2019. The price initially struggled to break out from the $4 level, getting rejected twice in June 2019 and February 2020.

However, it was finally successful in breaking out in July and has increased at an accelerated rate since, measuring a full 107% in only 28 days.

While volume has been decreasing throughout the upward move—a sign of weakness—both the MACD and RSI are still moving up, even though the latter is overbought.

The lack of bearish divergence on the weekly time-frame is also a sign that the price could continue moving upwards. 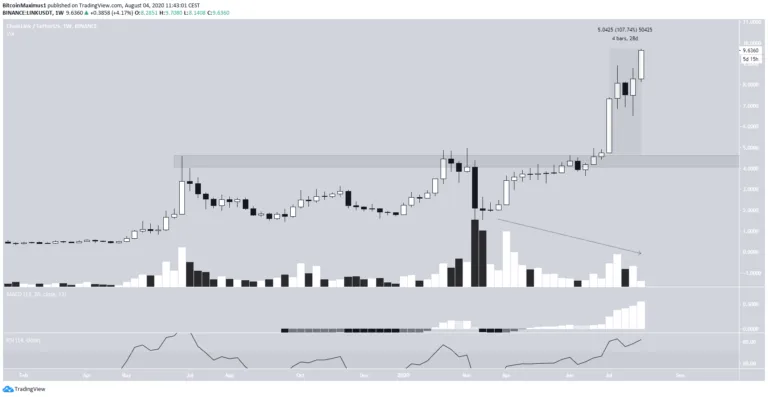 The daily chart shows the first signs of weakness in the form of two bearish Doji candles on July 13 and August 2. Even though the price has cleared the highs of these Doji’s, they were both created with above-average volume.

In addition, both the RSI and the MACD have generated considerable bearish divergence, a sign that a trend reversal is likely near. 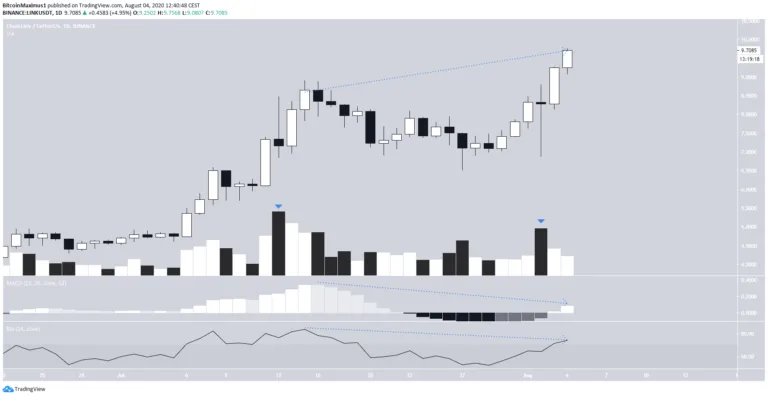 The shorter-term chart shows the strong bounce that occurred after the decrease on August 2. The price bounced on the $7.05 support level and the 25-day moving average (MA).

The latest upward move has seen a lower volume than before, however, as long as it’s trading above the previous resistance area at $8.70, the price movement can be considered bullish. This area may act as support if the price retraces to test supports. 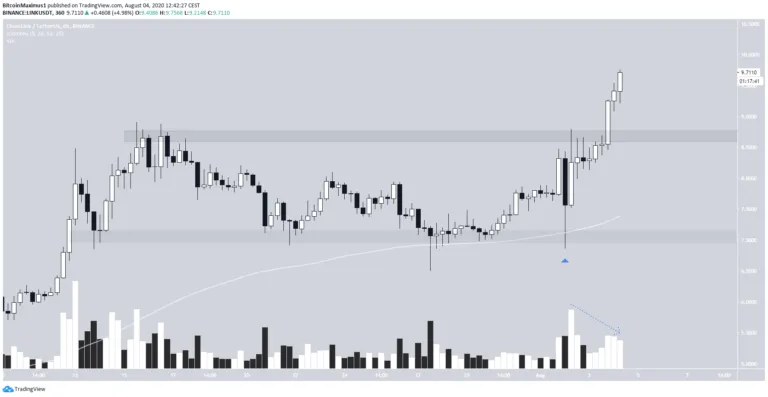 If the entire fifth wave is 2.2 times longer than waves 1-4 combined (common Fib extension level), the price could increase all the way to $10.80. 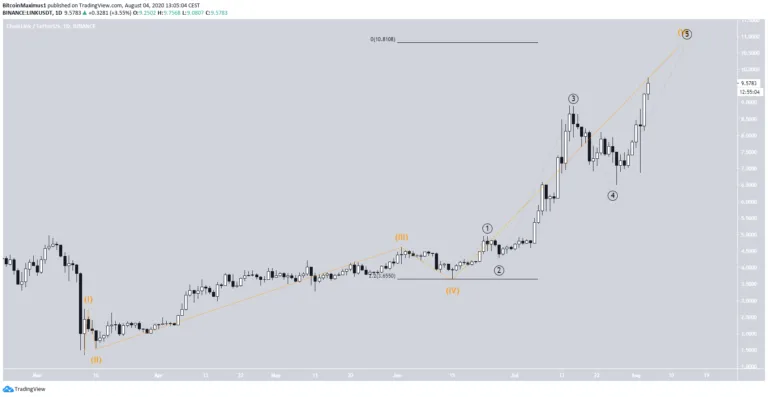 Looking closer at the movement, the Aug 2 decrease invalidated numerous simple wave counts. While it is possible that this is a type of complicated expanded correction, there is one impulsive wave count that is still valid.

The price could be in the third minor wave (blue) of the fifth sub-wave. So, after a short-term correction, the price could still continue towards the previously outlined $10.80 high. 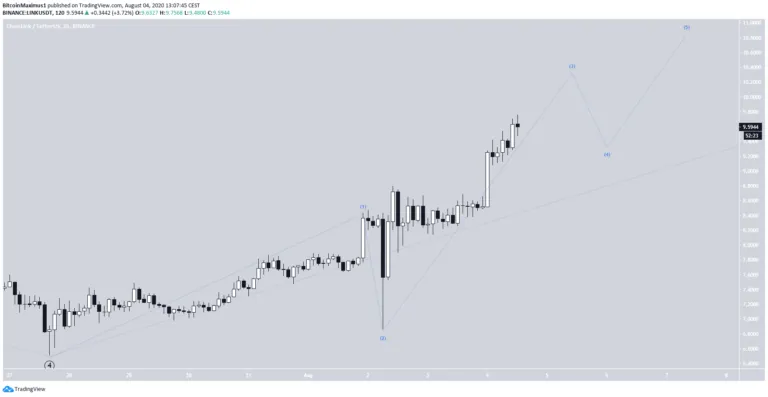 To conclude, the LINK price seems to be in the fifth and final wave of an Elliott formation, which could end near $10.80. The short-term chart shows that the upward move might still have some strength left in it.

Also, If you are interested in trading, I would suggest you try out BeInCrypto's free Telegram chat. I am there and it is growing very quickly (over 5,700 members) where they discuss the market and share interesting content. They also have a free premium channel where they have a cryptocurrency trading course and daily trading signals. If you are interested, you can click here. 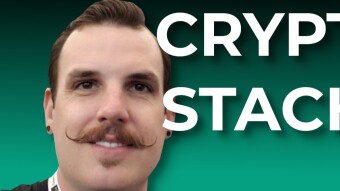 Crypto Stache on Cryptocurrency for Gaming and Newbie Education 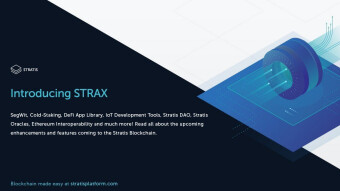 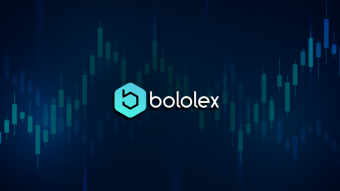