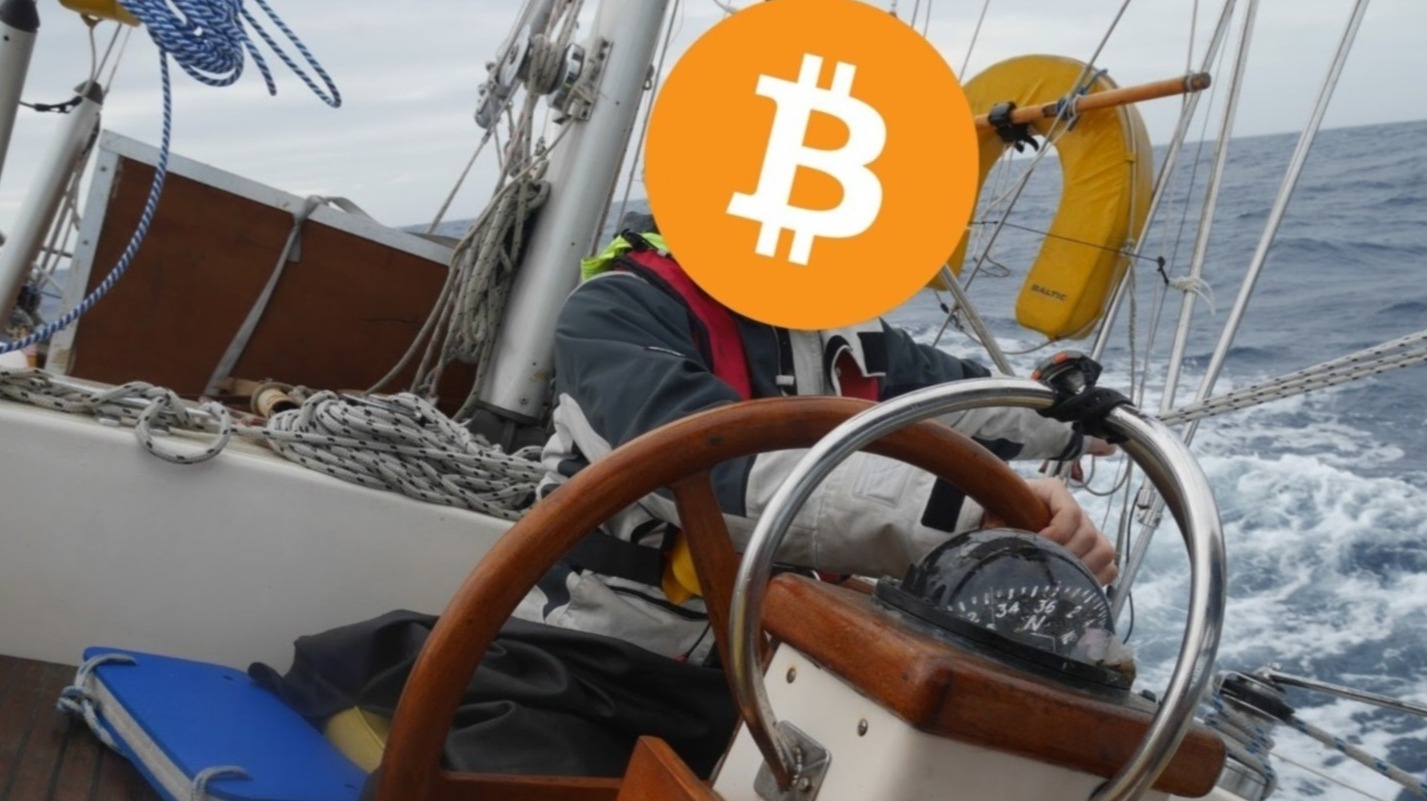 The Bitcoin (BTC) price has decreased considerably since April 18.

BTC has bounced back some since and is currently attempting to create a short-term higher low. Doing so could potentially initiate an upward movement towards the short-term descending resistance line.

However, this created a very long lower wick, validating the $51,000 area as support.

Technical indicators have turned bearish. The MACD has crossed into negative territory, the RSI has crossed below 50, and the Stochastic oscillator has just made a bearish cross.

Nevertheless, it’s bounced significantly since the lows and is attempting to create a higher low.

The trend can be considered bullish as long as the price is trading above the $51,000 support area. 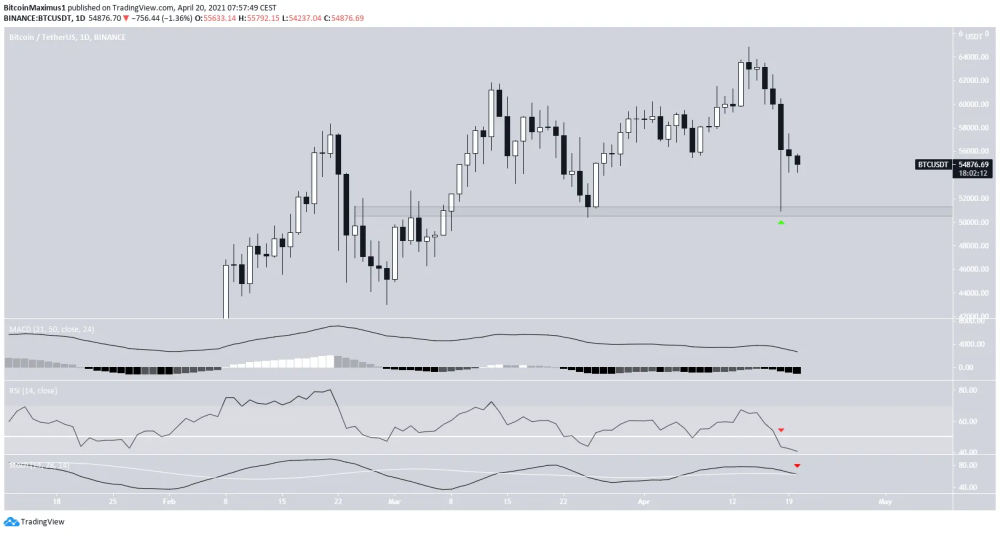 The two-hour chart shows that BTC is following a descending resistance line.

It has been doing so since the aforementioned all-time high price on April 14.  So far, it’s made three unsuccessful breakout attempts.

A closer look shows that BTC is also attempting to find support and create a higher low.

Technical indicators support the creation of a higher low. The MACD has given a bullish reversal signal and the RSI is increasing. However, it has not yet crossed above 50.

While BTC has bounced at the 0.5 Fib retracement level, it hasn’t been strong.

A breakout from the descending resistance line is required for the trend to be considered bullish. This would also likely cause the MACD and RSI to move above 0 and 50 respectively. 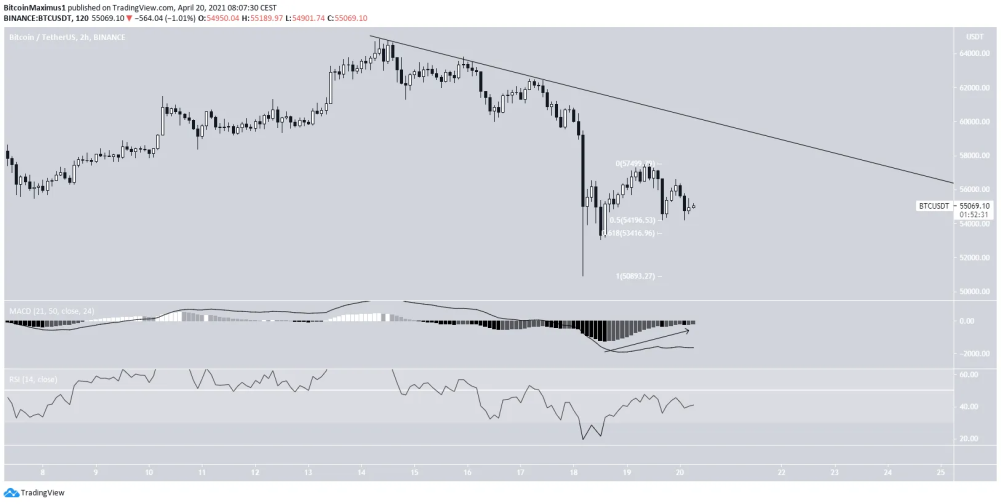 Bitcoin is likely to create a higher low at one of the Fib support levels outlined above.

Afterwards, an upward movement towards the descending resistance line is expected.