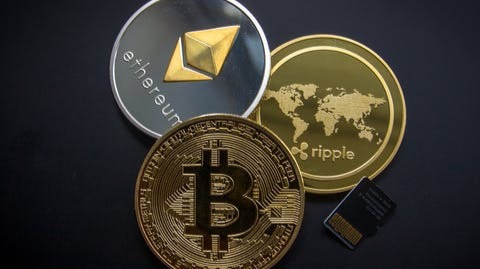 During the pandemic, trading in cryptocurrencies became one of the most successful and fast-increasing markets in the world. The peak was in the third quarter of 2021 when many investors thought that they would earn a huge amount of income with different digital currencies.

That was because, in spring 2021, many people bought different cryptos because of the low prices which instantly increased in autumn. When others saw this trend, they invested a lot of money in crypto-trading with the hope that they would also earn a good profit. With this new positive trend, crypto PR services played a big role in getting the investor's attention and increasing the crypto market.

The price of bitcoin as well as other digital currencies immediately started to see significant fluctuations. Many people lost their investments and capital in a few months. At the beginning of 2022, the crash of the crypto market began. People immediately started to sell off their investments which caused a reduction in the demand for the crypto market.

To outline a more clear picture of the investors’ losses, compare the prices of November 2021 and the second quarter of 2022. In November, the crypto market had a peak of success. The price of Bitcoin was around 68 000 USD. In the first months of 2022, it dropped to 20 250 USD.

Because the negative trend hadn’t changed in months, the chaos increased. Investors are in panic and their unpredictable behavior is raising the pressure on the crypto market. Most experts think that this is one of the main reasons why this market with 2 trillion USD revenue is falling.

During these unpredictable changes, experts divided into two parts. One of them claimed that the prediction of these massive sell-offs could be possible, whereas others think that even though the reasons are known, the exact prediction of instant losses was not possible at all. When we have a picture of negative fluctuations, it is interesting to find out if it was possible to avoid them. Investors are afraid of repeating slowdowns soon. In this article, we will try to find whether the prevention of losses is possible or not and what should investors expect during 2022.

The Reasons Why Crypto Market Crashed

The crypto market is global. Because of the large area, it is linked to several industries, which means that many companies affect the trends of cryptocurrency trading. Because the crash was very instant and seemed unpredictable, experts outlined different reasons which most probably could have influenced the negative results.

The first reason is considered with the fiasco of Luna-Terra. Terra-coin was the first and one of the biggest crashes in the crypto market where most of the investors lost their money. The total amount of this industry, before the crash, was 18 billion USD.

The next influential factor was the equity market, which is strongly connected to the crypto market. The biggest companies such as Tesla and Amazon had significant fluctuations, which were quite similar to changes in cryptocurrencies. As New York Times claims, the changes in the price of Bitcoin are quite influenced by Nasdaq too.

Celsius Network also had a high impact on the crypto crash tendency. Their assets were significantly reduced compared to August 2021. We should definitely mention the impact of regulations, which are always changeable.

At the beginning of 2022, the global picture of the international financial markets changed and new regulations caused changeable prices, demand amounts, and higher standards of monetary policy. Two countries, India and Russia played a big role in creating this picture. The global financial environment and its regulations impacted the actions of investors who were trading in the crypto market too.

As we said, the opinion about the prediction possibilities divides the experts into two parts, where one thinks that prediction could be possible and the other ones, think that it was inevitable. Recently, International Monetary Fund claimed that the prediction of this negative picture could be possible. This would not avoid the losses completely but would reduce the negative impact on investors, at least slightly.

The main reason for possible prediction was influential global factors which we have already described. As the director of IMF said, the fluctuations in the Terra ecosystem and the changes in Celsius, as well as Three Arrows Capital, were the main facts that outlined the possible fluctuation in the Crypto market.

In a recent interview, the director also said that future failing could be continued and cause the collapse. Many experts think that the Crypto market is at risk of collapse, but they also agree that everything depends on the future global financial climate.