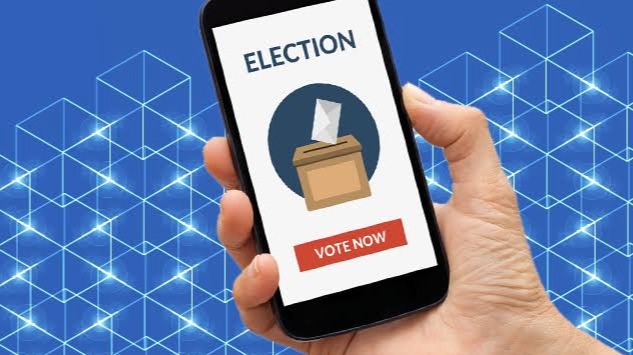 The Pros and Cons of Blockchain Voting.

Elections free of fraud is an issue all over the world in democracies and there was a lot of controversy around it when it comes to electronic voting. Can it ever be secure enough and that people can trust the process so it can improve and replace pencil and paper voting? Can Blockchain Voting Be a Solution?

What is Blockchain Voting and How Does It Work?

Blockchain technology is a digital ledger that draws its power from the nodes on its network to validate process and document all transactions across the system. This ledger is never stored in one central place, but rather exist on thousands of nodes all working at the same time. As a result of the encryption and decentralization, the blockchain's database of transactions is incorruptible and each record can easily be verified.

The network cannot be attacked, taken down or influenced by a single party because it doesn't exist one place. It is for this reason that blockchain technology is used to revolutionize several industries and more recently, it can be used to solve one of the most critical problems in the history of democracy - Voter Fraud.

Because the consensus algorithm in a blockchain protocol is essentially a voting mechanism. You could say that Voting is a core feature of Blockchain Technology. Blockchain voting is simply the integration of Blockchain Technology into voting systems to facilitate easy, safe and secure election processes without any duplication or tempering of the votes. Voters can vote from the mobile devices or personal computer using a digital token, which they transferred to the wallet of the chosen candidate. The votes are then registered in an immutable ledger on the blockchain that is used to reliably verify the outcome of the election.

Since blockchain technology operates on a peer-to-peer level, security issues like hacking cannot adversely affect the results because any occur with access to the terminal will have a very hard time to affect other nodes, perhaps close to impossible. Therefore, voters can submit their votes without having to reveal the identities or political preferences to the public.

Election officials can also count votes with the assurance that each ID can be attributed to one vote. The tempering is impossible, the blockchain voting process goes through 4 essential steps to vote;

Before the integration of blockchain technology to the voting system, there have been several other ways through which elections have been conducted. The most popular of these systems is Electronic Voting.

The authorities of certain countries had decided to delegate the task task of verification and authentication, counting and public display of results to computers and machines since humans cannot be entirely trusted.

Estonia was the first country in the world to make use of E-voting systems. This system of voting uses computing machines and equipment for casting votes to produce high-quality and precise results at the end of the election.

Initially, voters had to cast votes on papers and the cards are subsequently passed through a process of scanning and tallying on a central server. However, the direct recording electronic voting systems later eliminated the needs to vote on paper.

Using this system, voters have to go to the polling units and get their token to vote where they utilized token at the voting terminal to vote for any candidate of their choice.

Blockchain voting has been able to integrate into these systems coupled with its advantages in terms of end-to-end verifiability. Since it possesses several unique features such as anonymity, privacy protection and non-repudiation, blockchain has proven to be a great candidate as alternative to the conventionally E-voting systems.

The Benefits of Blockchain Technology for Everyone.

Blockchain voting seeks to afford voters a series of benefits including anonymity. Blockchain technology offers voters the opportunity to remain anonymous giving them the freedom needed to select and vote for any candidate of their choice.

Secondly, for the convenience. Since the registration and voting are done online, users can vote from their homes and offices without having to wait in lines.

Lastly, the immutability of Blockchain technology makes it a reliable voting system. Users can be assured that their votes will not be changed without their permission.

Sierra Leone was the first country to conduct an election using a blockchain based system. The blockchain technology was used to record anonymous votes and election results.

The Japanese city of Tsukuba also integrated blockchain technology into a voting system to produce a fully transparent and reliable voting system.

The authorities of Moscow also initiated a blockchain-based voting system in the country which enhance transparency and eliminated intermediaries in the process.

The Blockchain Technology Being Used Currently.

So far, Ethereum is the major blockchain technology that is being utilized to develop these blockchain voting systems by deploying transparent, consistent and deterministic smart contracts to run voting rules, votes can be recorded and results securely.

The results of the initial blockchain voting trials came back with mixed reactions. Most of the tests conducted in different cities around the world came back positive. The idea of creating a transparent and reliable voting environment using Blockchain technology and created legitimacy in the conducted elections.

The Downside Of Blockchain Technology.

Many critics believe that blockchain voting systems are a bad idea mainly because it will increase cyber security vulnerabilities that already exist in addition to some other challenges. Although blockchain is a great technology, it has some obstacles that are preventing it from becoming the best option for voting.

First of all, the security. The blockchain technology itself is very secure. However, the private keys and pass codes that guarantee the security of user accounts, wallets can become a point of compromise if they are lost or if they fall into the wrong hands..

Secondly, the accessibility. The blockchain voting system can also be hindered by accessibility problems. For an election to be carried out successfully, everyone eligible to vote in the country needs to participate. However, the convenience and ease of use of this technology can become a point of contention since it involves the safekeeping of private keys which may prove to be very difficult for some users.

Then the government intervention. The concept of blockchain involves the anonymity of individual participants on the network. However, since the government is involved in setting up this voting system, it requires that the identities of every participant must be confirmed. In this process that needs to be a guarantee that the votes can't be linked to individual identities, implementing this technology also presents another challenge. It will take a lot of time, effort and money to educate the masses as well as create robust policies that can accommodate this technology within the continents.

The Future of Blockchain.

Blockchain is currently trying to pave the way for more direct democracy where people can decide the course of policy themselves rather than relying on representatives to do it for them. The raging issue of election can be to a great extent reduced with the blockchain technology if it is properly installed and implemented.

Currently, realistically speaking, blockchain technology is still in its infancy and many vulnerabilities and challenges need to be overcome, but it will mature, eventually end along with the young voters so that it potentially can become an integral part of a truly democratic future.