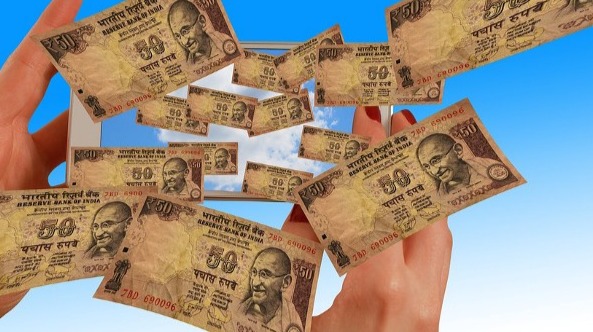 Can a single currency depreciate more than 20% in a single day?

Can a single currency depreciate more than 20% in a single day? While trading in currency derivatives the average movement seen in USDINR pair is 0.30%. Maximum movement of USDINR pair has been restricted to 1.12–1.20 % up and down in a single day of trading. Is it possible in the context of Indian Markets? Well, the answer is tricky because several factors are worth considering before we arrive at a situation where the possibility for Rupee pairs can depreciate more than 20%. Unlike, other financial assets, the underlying in case of CDS are the two currencies. Forex business is a zero-sum game in the sense that one currency will appreciate while others will depreciate. So you can balance out any losses by trading opposite in spot market that is buying the cheaper currency.

In a sense, if all the conditions are perfectly normal in one nation that doesn’t mean global cues are not playing a pivotal role in deciding the nation’s currency rate. While the situation in another country might be disturbing, resulting in fluctuation of its currency. So when we consider any pair such as JPYINR, the condition might be stable in Japan but conditions might be different in India resulting in the pairs decisive movement (with added global cues as well). Let us try to understand with a case study in this regard,

As of June 2011, Swiss exports were standing at 70% of the GDP. It is quite a satisfactory situation when considering exports data and comparing with the economy of Switzerland. On Sept 6 2011, SNB (Swiss National Bank) pegged the EURCHF at 1.2 so that exports are cheaper. But inflation was rising and demand to remove the peg was also growing. To add to the chaos, SNB printed millions of new francs to balance the euro exchange rate. As a result, SNB had forex reserves with a valuation worth $ 480 billion (the equivalent of 70% of GDP of Switzerland). But at the same time, Euro started depreciating against major pairs resulting in depreciation of CHF against the dollar. It depreciated 12% against USD during 2014. By the End of 2014 demand had risen to remove the peg amidst serious allegations against SNB that they have amassed substantial forex reserves because of inflation. From 2011 till the Jan 2015 beginning SNB maintained that peg wouldn’t be removed and EurCHF would trade at 1.2 exchange rate. Here comes the tricky part; nearly 70% of the traders believed what SNB said and were long on the pair. You can read my article on currency market operator. This article explains who decide the pricing in the Forex market.

Now the Bank can easily have the data and see who are long and who are short on EURCHF. Honestly, the Bank doesn’t care, about the depreciation or appreciation; to them, it is a pile of cash ready to be taken back from the traders. 70% of the trader’s money is within the Bank’s reach.

On the morning of Jan 15, 2015, at 04:30:56 CET, SNB removed the peg, resulting in a crash of 20% within 1 min (1.2 →1.0). All stop losses fail, and trader’s losses compound with slippages, this further pull down the pair to 25%. On the morning of Jan 16, 2015, global stock markets crashed. Traders losses were quite high, and several brokerages went bankrupt. Citi group reported a loss of $150 million. For further details, you can have a look at the infographic.

The above case study highlights the need for the traders to keep a watch on Bank’s activity. It can’t be denied that such possibilities can occur with our pairs too. But RBI seems to have been transparent to some extent so far (for future same can’t be said). Unlike Western counterparts, it has at least maintained some transparency in carrying out such activities by limiting the movement within the range of 1–1.2%. RBI usually comes into action whenever Rupee appreciates or depreciates more than 1% in a day, and this is proper management I would say. India is still an emerging economy, and our GDP data is still skewed towards imports (as of 2019, 31.4% was our GDP ratio). In such scenarios, economic sentiments are hurt even with a movement of 1% in the USDINR or other INR pairs. Hence not only the government but all the financial regulators can’t afford a change of more than 3% in a single day, though it can’t be denied for future. Consider the situation of brokers and traders who are caught on the other side of the trade, there will be losses, and that would compound due to margin calls also. The only thing that can safeguard the traders is to trade in a small position.

On Jan 6 2020, RBI’s circular allowed all the banks to carry out offshore trading in INR pairs to stabilize the currency in this highly volatile global market which has been giving pain from 2018 onward in the INR valuations. This decision will change the Forex trading environment in the country. This decision will also make traders vulnerable with overnight open positions. Not only this, but banks can also play their monopoly further to control the pricing in various INR pairs in the near future.

Any correction, feedback, suggestion is welcome.