The 10 Incredible Guarantees the Bitcoin Protocol Gives You in a World More Uncertain Than Ever
MyCryptoOutlook2022 BitYard Contest and Giveaway - $1,200 in ETH Prizes! >> JOIN FROM HERE << 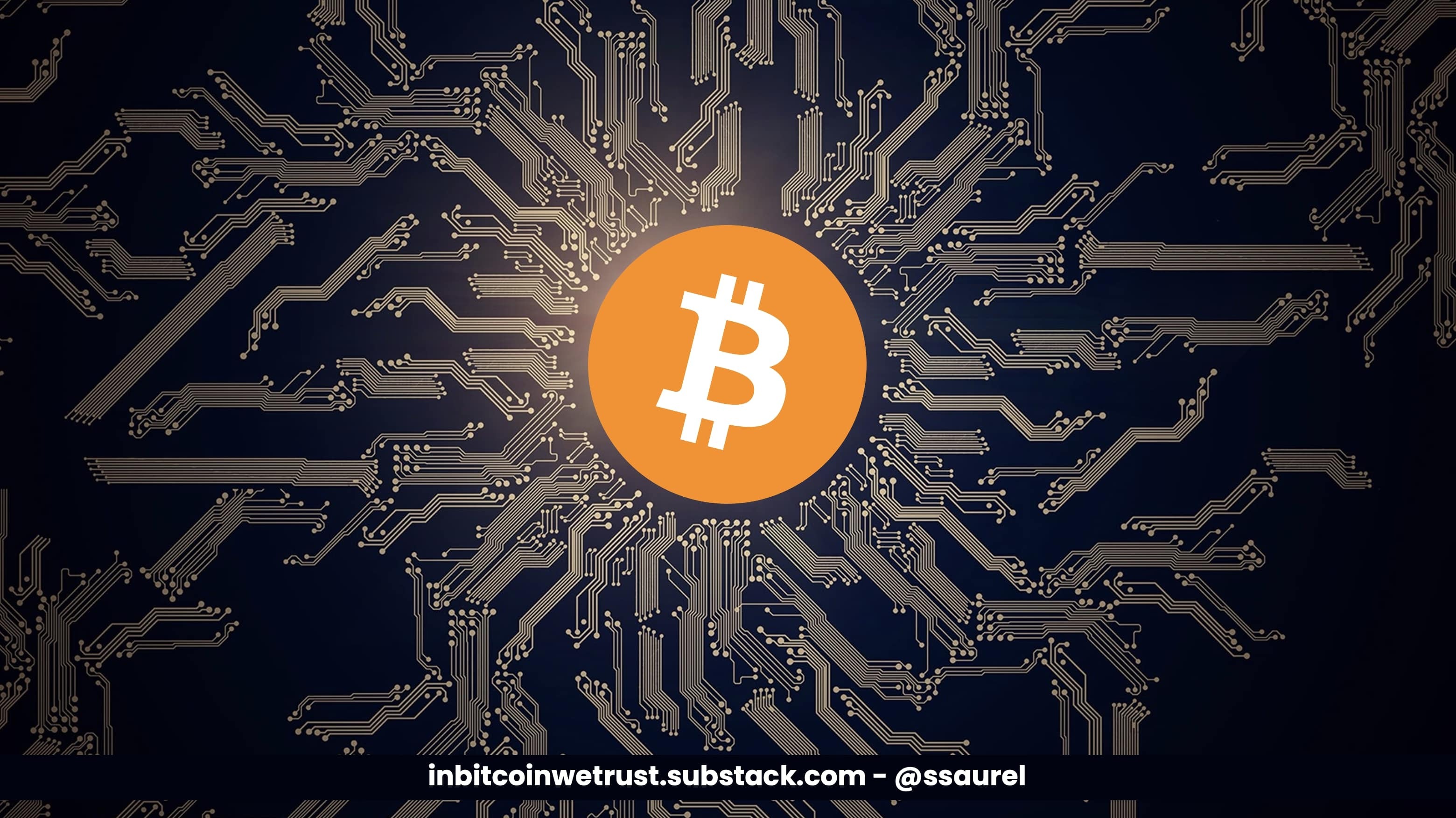 Officially launched on January 3, 2009, by Satoshi Nakamoto, the Bitcoin system has proven to be remarkably stable since its inception. This is something that should be noted, as we are living in a more uncertain world than we have ever seen in the year 2020 with the COVID-19 pandemic.

While the current monetary and financial system established in August 1971 by Richard Nixon suffers from seven deadly sins that will lead to its collapse, Bitcoin is intended to be our antidote for a better future world for the many.

At the heart of the Bitcoin system is a protocol that gives you essential guarantees. You can rely on these guarantees to preserve the fruits of your labor because you know that they cannot be violated by a simple arbitrary decision of a few humans. This is the opposite of what happens in the current monetary and financial system, whose original sin is the absolute power of money creation given to central bankers.

Here are the 10 guarantees that Bitcoin gives you and that make all the difference.

1. There will never be more than 21 million BTC in circulation

Bitcoin was launched on January 3, 2009, with a maximum quantity of BTC set at 21 million. This limit has never changed, and will never change. For it to change, more than 51% of the network would have to go in that direction.

This is highly unlikely because no one has an interest in making Bitcoin less scarce than it is. This 21 million BTC limit is an incredible force that can be measured even better since Mars 2020 by seeing that the M2 Money Stock exploded in a few months to over 20,900 billion dollars. More than 35% of the U.S. dollars currently in circulation have been printed in the last eighteen months.

2. 10 minutes delay on average between the issuance of each block of transactions

New Bitcoin is issued each time a new block of transactions is successfully added to the Bitcoin Blockchain. To control this issuance over time, Satoshi Nakamoto has designed the Bitcoin so that a block is issued on average every 10 minutes.

This average delay is a target that allows for the inflation of the supply of new Bitcoins over time to be predicted in advance.

3. An adjustment of the mining difficulty of the Bitcoin network every 2,016 mined blocks

Bitcoin’s Hash Rate has been steadily increasing over time. So that the average 10-minute delay between the issuance of each block can be best respected over time, an adjustment of the difficulty to mine new blocks takes place on the Bitcoin network every 2,016 mined block.

Every two weeks on average, the mining difficulty is therefore automatically adjusted. All this is done fully automatically. Everything is written in the Bitcoin source code. No human decision is involved in this process.

4. A decrease in the reward given to miners for every 210,000 blocks issued

The final technical element essential to the control of Bitcoin’s monetary policy is the reduction of the reward for miners who correctly validate a block of transactions.

For every 210,000 blocks mined, this reward is halved in a process called Halving. The last one took place on May 11, 2020, bringing the inflation of the supply of new Bitcoins down to around 1.8%.

Taking into account a block issued on average every 10 minutes, we will go from 900 BTC issued every day to 450 BTC. Bitcoin will officially become the scarcest asset in the world with an annual inflation rate of 0.9%.

The essential guarantee here is that Bitcoin’s monetary policy is programmatic. Everything I have just described will happen as planned no matter what happens in the future.

5. A consensus algorithm based on Proof-of-Work

At the heart of the Bitcoin Blockchain is its consensus algorithm based on the SHA-256 cryptographic function. Its algorithm is better known as Proof-of-Work. Since the creation of Bitcoin, it is always the same algorithm that allows the network to function properly.

Proof-of-Work is often criticized because it is very resource-intensive.

In reality, it is an incredible strength for Bitcoin. Few people understand it, but the fact that Bitcoin consumes so much power is what gives so much value to the Bitcoin issued.

6. Bitcoin is the most secure decentralized network in the world

Bitcoin is a unique invention. It is a monetary revolution based on disruptive technology: the Blockchain. Without Bitcoin, the Blockchain is nothing more than another data storage technology.

Without the Blockchain, Bitcoin cannot work. This dual dependency is essential.

With its decentralized network, Bitcoin is unique. It will remain a separate species in a future world where everything will be digital. In September 2020, the Bitcoin network broke another Hash Rate record confirming that it is the most secure decentralized network in the world.

When you buy Bitcoin, you can be sure that your wealth is safe because of the power of this network.

Unlike the banking system, which is only open 5 days a week during restricted hours, Bitcoin is always available. You can make transactions on the Bitcoin network at any time 24 hours a day, 7 days a week, 365 days a year.

Since its creation, the Bitcoin network has had an uptime of 99.985%, which has nothing to envy to those of Web giants such as Google or Facebook.

Such availability is exceptional because Bitcoin has never received financial support from governments or private investment banks. Bitcoin owes its success solely to its users who are convinced of the importance of participating in the construction of a fairer world for tomorrow by supporting its network daily.

This permanent availability is a strength that will allow Bitcoin to become the standard for Generation Z and Generation Alpha.

No matter how much its opponents dislike it, Bitcoin has never been hacked. The hacks that have occurred in the Bitcoin world have generally involved trading platforms.

The Bitcoin network has never been hacked. This is essential to reassure future users who will come to buy Bitcoin to protect their wealth from the effects of the great monetary inflation.

9. The data of the Bitcoin Blockchain is immutable

Bitcoin is an open ledger. Anyone can come and consult all the transactions that have been made on the Bitcoin network since its official launch. Every transaction recorded on the Bitcoin Blockchain is immutable.

Bitcoin has nothing to hide. Everyone is free to form their own opinion about the truth through Bitcoin. This has also contributed to its phenomenal success for more than 12 years.

The best thing to do is to run your full node and then check for yourself at any time that Bitcoin is sound money.

10. The Bitcoin code is open source

Satoshi Nakamoto immediately understood the importance that his unique invention could have on the world of the future. For this reason, he decided to make Bitcoin open source.

This made Bitcoin an outstanding success.

By deciding to offer Bitcoin to all its users as a magnificent gift, Satoshi Nakamoto decided to put the fate of his invention in the hands of all the inhabitants of the Earth. It was then up to them to make it a success or a failure.

Considering how far Bitcoin has come since 2009, it can be said that its users have fully grasped the importance of their mission. Bitcoin is already a phenomenal success with a market cap of more than 1,100 billion dollars.

In an uncertain world, Bitcoin is your best hedge against uncertainty. The stability of the Bitcoin protocol gives you certainty. You are guaranteed to have the world’s most secure decentralized network to store the fruits of your labor over time in a censor-proof manner.

More and more users understand the value represented by these Bitcoin invariants. This clearly explains why the adoption of Bitcoin is accelerating, but also why companies like MicroStrategy have decided to make Bitcoin their primary treasury reserve asset since the summer of 2020.

The next time someone tells you that Bitcoin has no intrinsic value, you can reply that the guarantees that Bitcoin gives to its users are the reasons why more and more people will opt for the Bitcoin system in the future and make it more and more valuable. 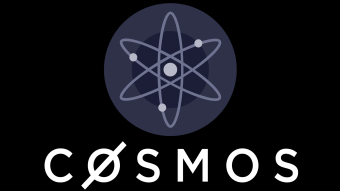 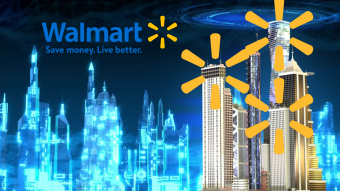