Take 5 Minutes To Imagine What the World Would Look Like Without Bitcoin. Then Be Thankful.
MyCryptoOutlook2022 BitYard Contest and Giveaway - $1,200 in ETH Prizes! >> JOIN FROM HERE << 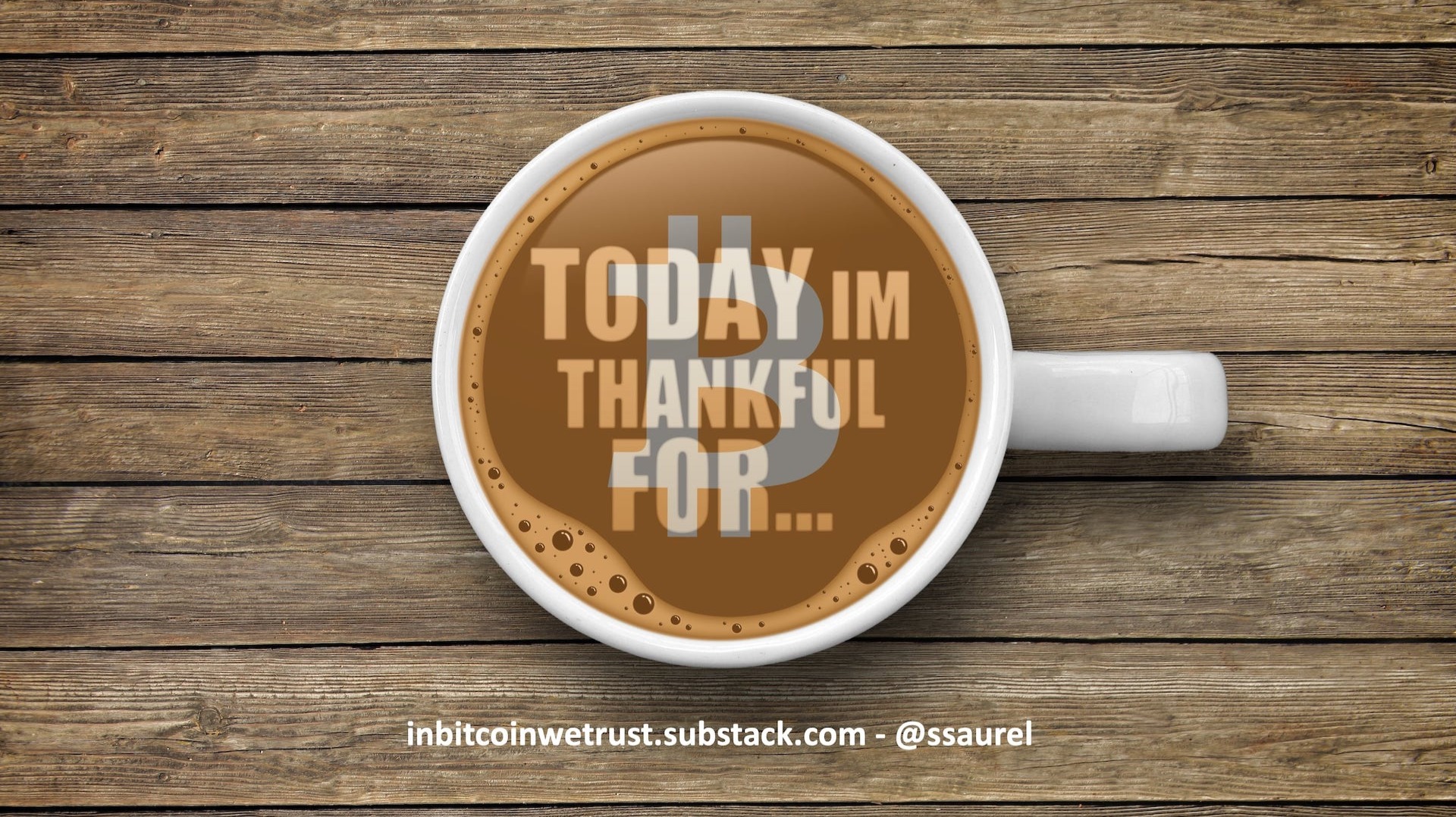 Thanksgiving 2021 has just come and gone. It is always a time to remember the things we are thankful for. After more than eighteen months of the COVID-19 pandemic, we can already be thankful that we are healthy for those who are. This pandemic is a test for the entire world, and it will profoundly change our societies. That is already a certainty.

This pandemic has also highlighted more than ever the flaws of the current monetary and financial system. These flaws have always been there since its inception in 1971 by Richard Nixon, but until now, the inhabitants of the richest countries had chosen to turn a blind eye, because the injustice of this system did not hit them directly.

With the monetary policies conducted by the world's major central banks over the last eighteen months, everyone will now be impacted. At different levels as always, but still. Inflation has reached 6.2% in America in October 2021, and this is a problem that Jerome Powell will have to deal with in the coming months.

In previous economic crises, we had no alternative at our disposal

After months of denying the obvious, Jerome Powell will no longer be able to hide from it and it will be one of the Fed's main tasks in this new term. This inflation has even become a political problem for Joe Biden who will try to activate several levers to reduce it or at least contain it in 2022. The stakes are high for him and the Democratic camp with the Midterms taking place at the end of 2022.

During the previous crises, like the one in 2008, the flaws of the system were already there for all to see, but nobody paid attention to them for the simple reason that we had no alternative at our disposal. What is the point of lamenting an unfair system if there is no alternative?

Under these conditions, many seemed resigned to the fact that a great reset in the form of a Bretton Woods 2.0 could never take place. The powerful people at the head of the current monetary and financial system have no interest in changing a system whose injustice fully benefits them.

A monetary revolution like the one needed to create an alternative to the current system could only come from the people. A man was needed to launch this revolution. This man chose to be called Satoshi Nakamoto. It was on October 31, 2008, that Satoshi Nakamoto presented the white paper of his revolutionary system. The Bitcoin system was then officially launched on January 3, 2009.

This different system was mocked by the majority at the beginning before proving its resilience throughout the 2010s to then reaching the tipping point in the year 2020. This is where the COVID-19 pandemic, along with all the actions taken by the powers that be in the current system, have acted as an incredible accelerant to make the incredible benefits of the Bitcoin system shine through.

In a system where the rules are constantly changing and the powerful can constantly decide to do as they please, Bitcoin offers you incredible guarantees. With Bitcoin, you can plan your future with certainty. You don't have to constantly worry that monetary inflation will inevitably eat into your purchasing power, or that third parties will decide to censor what you want to do with your money.

Bitcoin gives you the power back by giving you complete control over your money. This is essential to achieving the only freedom in this world: the freedom to live your life on your own terms. From this freedom, all other freedoms follow. So what Bitcoin offers you is the original freedom.

Be thankful to all those who have made what Bitcoin is today possible.

So we should be thankful to Satoshi Nakamoto for creating Bitcoin, but also to all the people who are helping Bitcoin progress in its revolution block by block. This includes the Bitcoin developers, but also those who help democratize Bitcoin, those who buy it and become HODLers no matter what.

In short, all those who have understood the importance of Bitcoin in the world of the future. A world where the powerful people at the head of the current system only dream of one thing: to be able to control you at all levels, as shown by their desire to eliminate cash little by little via the creation of CBDCs (Central Bank Digital Currencies). The Western world keeps criticizing China, and rightly so. However, their attitude is more than ambivalent when the governments of Western countries also decide to embark on the CBDCs adventure.

In this future world where the censorship power of governments could be even greater, decentralization is the key. When it comes to money, you won't find a better weapon than Bitcoin. Bitcoin is your antidote to the flaws of the current system and the corruption of the powerful who control it. Best of all, Bitcoin is the only source of truth in a world where the powerful are constantly trying to impose their view of the truth on you.

With Bitcoin, you can, and should, verify everything for yourself. So we should be grateful for all that Bitcoin offers us, and all that Bitcoin will allow us in the future. For that, there is only one thing to do: continue the peaceful battle by remaining Bitcoin HODLers no matter what.

That's what's at stake in the years to come. 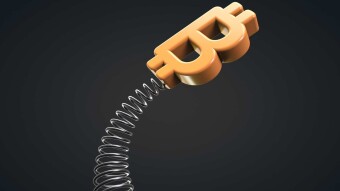