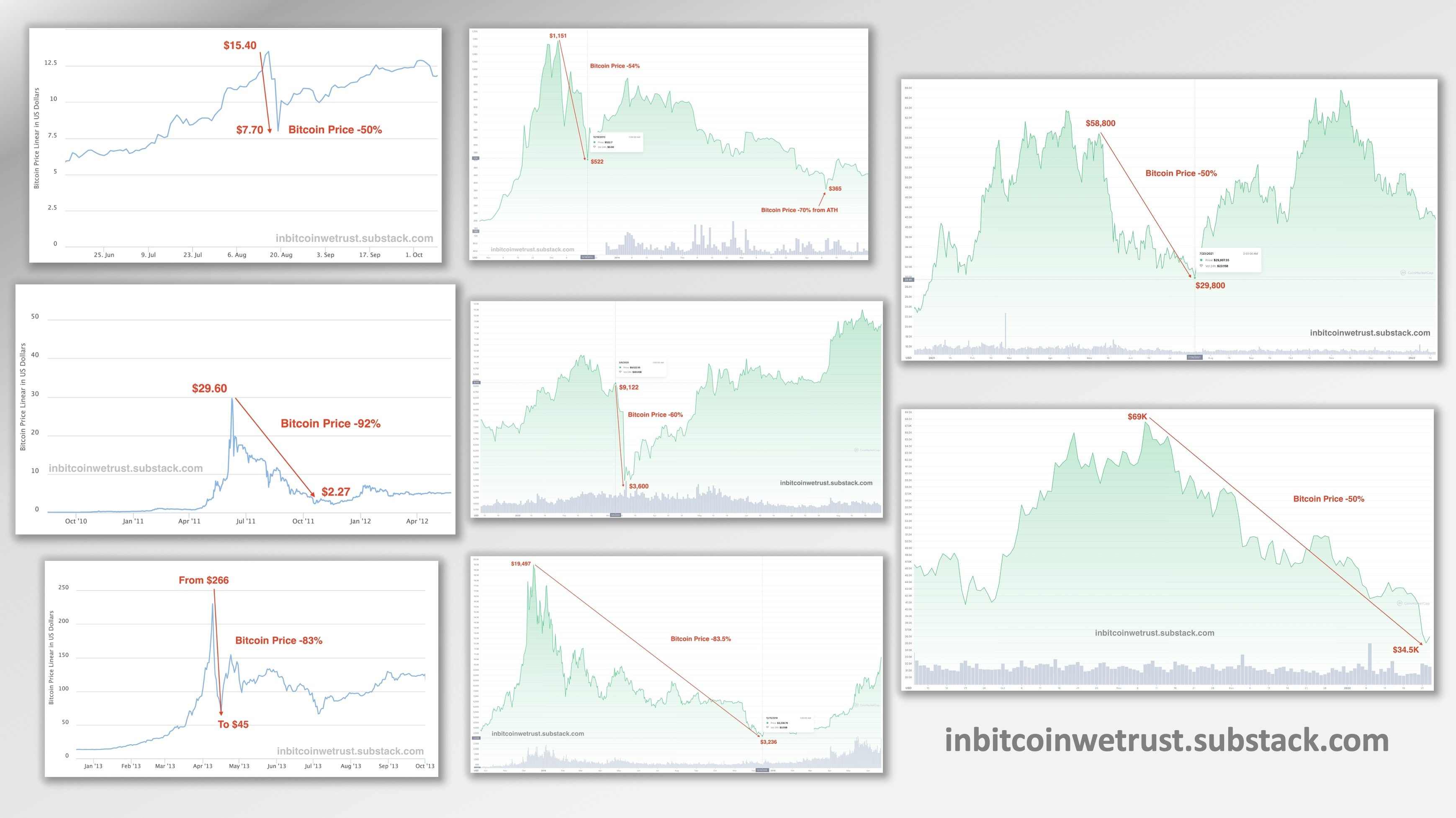 Bitcoin Suffers 8th 50%+ Crash in Its History – Guess What Happened Each Time After That?

Newcomers to the world of Bitcoin who hear the word crash logically start to panic. These investors are not used to the way a free market works anymore. The manipulated stock market has accustomed them to having circuit-breakers as soon as the volatility becomes too great in the eyes of the regulators.

With Bitcoin, you don't have circuit breakers. Volatility is part of the game. Bitcoin market participants are free to find the equilibrium price all the time: 24 hours a day, 365 days a year. The freedom Bitcoin gives you is expressed at every level. Freedom to determine the value of Bitcoin.

Many people are having doubts. Did I do the right thing by buying Bitcoin over $50K? Should I sell before Bitcoin falls below $30K and eventually reaches zero (some people follow Peter Schiff's Twitter account too much, I must admit)?

In short, these people are in doubt. However, if you look at the history of Bitcoin price, you'll see that this 50% price drop since the ATH in November 2021 is nothing extraordinary for Bitcoin. This is the eighth time this has happened for Bitcoin.

After reaching parity with an ounce of silver, the price of Bitcoin began to fall sharply. A drop of more than 90% of its price. This drop was linked to the announcement by the leading exchange platform at the time, Mt. Gox, of a hack of its platform. Criminals were able to steal Bitcoin from hundreds of Mt. Gox users' accounts.

Contrary to what the headlines already suggested at the time, it was not the Bitcoin system that had been hacked, but the Mt. Gox platform.

A few months before the first Bitcoin Halving, which was to take place at the end of November 2012, the price of Bitcoin began to fall rapidly by 50%. Why did this happen? Quite simply, because the public was learning about scams in this universe that had embezzled more than 700K BTC from overly gullible individuals.

We see here a classic behavior with a free market. As soon as confidence disappears, the price collapses, as investors panic and sell. And this is true whether it is justified or not. In the case of Bitcoin, it was not justified.

On February 28, 2014, Mt. Gox finally declared bankruptcy and revealed that its 850,000 BTC stockpile, the equivalent of $500 million at the time, had been stolen. Mt. Gox's lawsuit came to an end at the end of 2021, and aggrieved users of the platform will soon be refunded.

As you can see, China has always had an ambiguous position regarding Bitcoin. The two re-announced bans in May and September 2021 are therefore not surprising. Bitcoin is synonymous with freedom for all, and this goes against the principles of the Chinese Communist Party.

Throughout the year, rumors of a ban by some Asian countries had kept the price of Bitcoin low.

The COVID-19 pandemic hits the world at a rapid pace in March 2020, causing a liquidity crisis in all liquid markets. On Bitcoin's Black Thursday, its price fell by more than 50% in a few hours. From a price of $9K, this represents a crash of 60% in a few days.

This is when the HODLers of last resort recall their absolute confidence in Bitcoin. This allowed a strong rebound from the low of $3.6K with the prospect of the third Bitcoin Halving in May 2020.

After the $64K ATH reached in April 2021 during the euphoria surrounding Coinbase's IPO, Bitcoin corrects slightly before starting what should be a new bullish wave. This is when China bans Bitcoin mining. This caused the price of Bitcoin to fall by 50% to a low of under $30K.

Many thought that the price of Bitcoin would enter a Bear Market and that the Bitcoin network would take years to recover. Eight months later, Bitcoin's Hash Rate is at an All-Time level and the network is free of the China problem. America is now the dominant area for Bitcoin mining, while Bitcoin is greener than ever.

Everyone is panicking about an imminent Bear Market. Most people think that macroeconomic conditions will drive the price of Bitcoin much lower. Bitcoin's opponents are once again making their voices heard by bringing out the usual old clichés.

This too shall pass for Bitcoin, as always

Once the panic subsides, logical reasoning always takes over from emotion. That's when Bitcoin's value proposition comes back into focus: encrypted P2P hard money that is resistant to any kind of censorship.

The demand for what Bitcoin offers will continue to grow in the future. That's a certainty. With a hard-capped supply of 21 million units, I'll let you guess what will happen to the price of Bitcoin in the decade to come. To take advantage of this, you will have to seize every opportunity that comes your way: the price of Bitcoin at $35K is an opportunity in my eyes.

A unique opportunity provided that you are patient afterward. Because the history of Bitcoin always shows us that patience is the key to taking full advantage of its revolution. It's up to you to see if you can do it. If so, you know that being a no matter what HODLer is your greatest natural advantage. 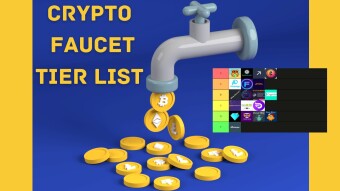