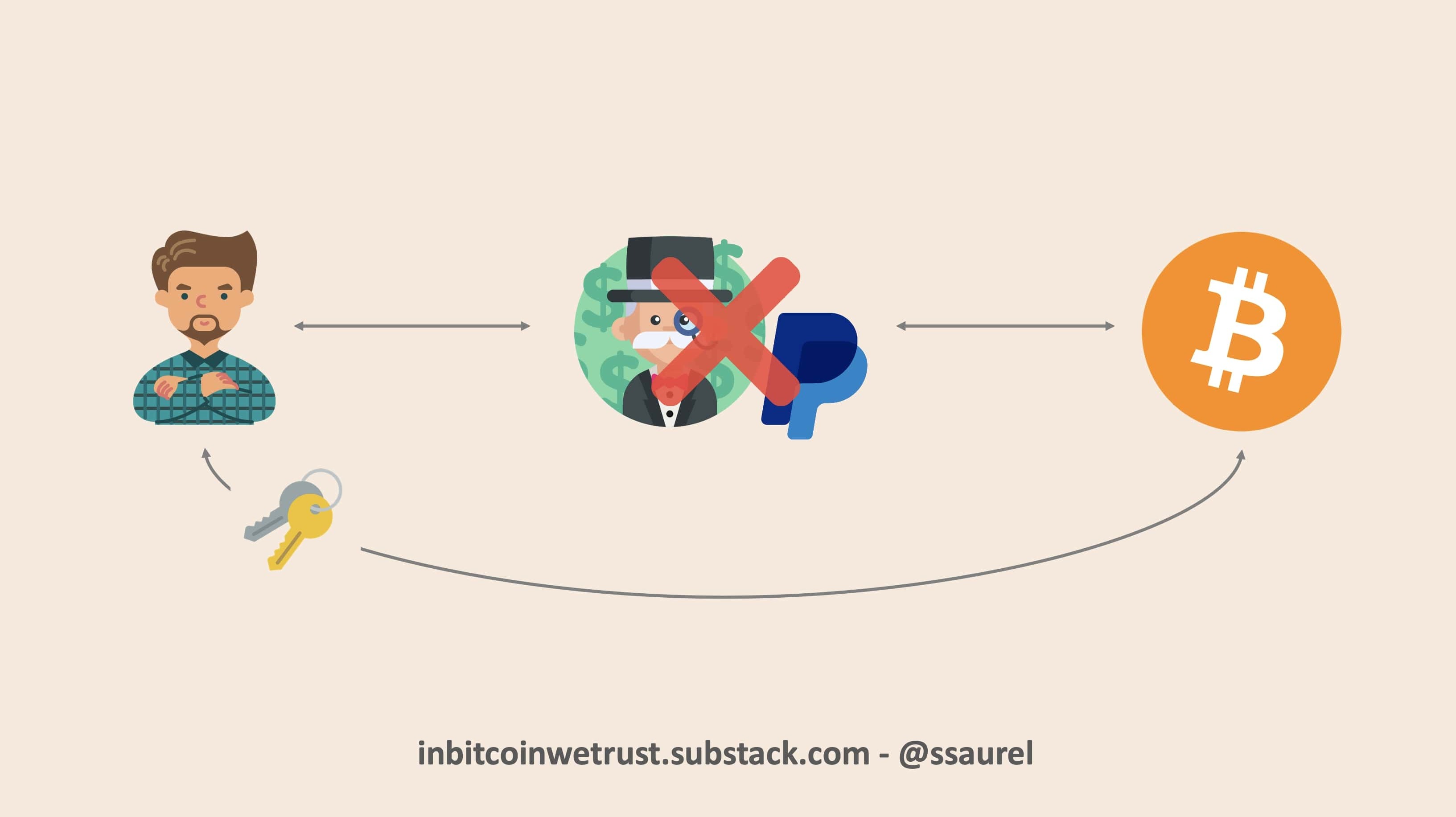 Bitcoin adoption continues to grow. Not a week goes by without an announcement making headlines. This doesn't directly affect the price of Bitcoin on the spot market, but it makes sense: there's always a lag between the price of Bitcoin and the events that reinforce its revolution.

You need to learn to differentiate between the two so you can focus on the real signal: the advancing Bitcoin revolution.

Among the announcements that stand out are those of American banks that are now offering Bitcoin to their customers. These banks are offering to buy Bitcoin on your behalf so that you can benefit from this hot new asset. Their argument? Bitcoin allows you to protect yourself from inflation. That's pretty interesting when you consider that inflation has reached a nearly 40-year high at the end of 2021.

More and more American customers of these banks will be tempted in the coming months. In the same way that PayPal customers were tempted by their support of Bitcoin by the end of 2020. Well, partial support, since PayPal does not allow its customers to take possession of the Bitcoin they buy on the platform.

PayPal retains ownership of the private keys of the Bitcoin you are going to buy via its platform. In the Bitcoin world, you know what they say:

Not your Keys, Not your Bitcoin.

So you only own the Bitcoin for which you own the private keys. If you buy Bitcoin through PayPal, you don't own any Bitcoin. You are at the mercy of an intermediary who says he guarantees that he owns the Bitcoin you bought.

With American banks, it's the same thing. You will not be able to take possession of your Bitcoin. When I point out this major risk, some people tell me that people are simply not willing to secure their Bitcoin themselves.

These people want to benefit from the inflation hedge that is Bitcoin but don't want to hear about self-sovereignty.

This is, in my opinion, a huge risk for the Bitcoin revolution that I would like to expose in this article. For you to understand the problem, I suggest you go back to the source: the Bitcoin white paper published by Satoshi Nakamoto on October 31, 2008.

Here is the title of this white paper: “Bitcoin: A Peer-to-Peer Electronic Cash System”.

Then, here are the first lines of this document:

“A purely peer-to-peer version of electronic cash would allow online payments to be sent directly from one party to another without going through a financial institution.”

The purpose of Bitcoin is clear. This P2P payment system should allow you to make payments without the need for intermediaries such as financial institutions. When you opt for the Bitcoin system, the goal is to free yourself from the censoring power of these intermediaries.

Indeed, the major risk of buying Bitcoin through a bank or private payment company like PayPal is obvious to me: you can have the fruits of your labor confiscated at any time. What's to stop PayPal from saying that you've broken their arbitrary rules and blocking your Bitcoin for which they hold the private keys?

Nothing! Right at the launch of PayPal's Bitcoin offering, there was a story that made some noise and highlighted this problem. With the banks, it will be the same thing.

After having tried to destroy Bitcoin by attacking it relentlessly throughout the 2010s, like Jamie Dimon the CEO of JPMorgan, the banks have now changed their strategy.

Since Bitcoin cannot be destroyed, the banks are now aiming to steal the real meaning of the Bitcoin revolution by once again becoming middlemen in this new system.

The adoption of Bitcoin by banks serves to raise awareness of Bitcoin among the general public, but this should only be the beginning before self-sovereignty

The goal of the banks and companies like PayPal is to make sure that you have to go through them to buy/sell/use your Bitcoin. This will result in high transaction fees on top of the transaction fees of the Bitcoin blockchain, which are still minimal and make real economic sense.

So you should be wary of this move. Seeing the banks enter the Bitcoin world is a good thing only to reassure the general public and make them want to come and discover Bitcoin. However, once this first step is taken, our role will be to make the general public understand that their real interest is to switch to buying Bitcoin directly then transferring it to cold storage.

This will be one of the major issues of the coming decade so that the Bitcoin revolution is not stolen from us by the bankers and other private payment companies from which Bitcoin aims to free us.