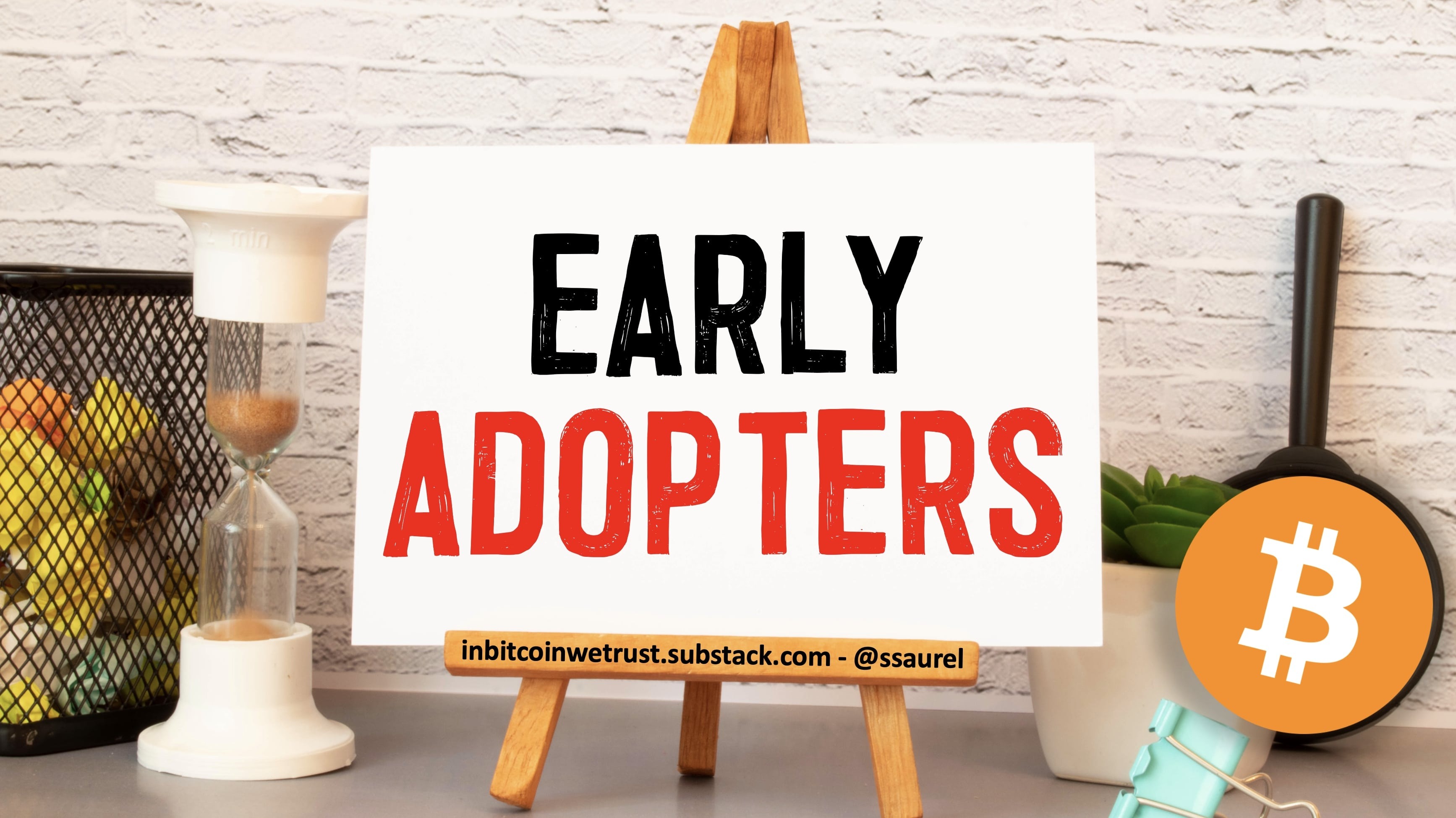 When a technological revolution is born and prepares to take over the world, it's best to be in the early adopters' camp. Those users who will adopt this new technology before everyone else, and who will ultimately gain an impressive advantage over the rest of the world's inhabitants.

Imagine if you had been fully aware of the incredible potential of the Internet in the late 90s. You could have invested massively in the shares of future web giants like Amazon or Google.

Imagine if you had understood before others that social networks were going to become something vital for the majority of the Earth's inhabitants in the mid-2000s. Then you could have invested massively in Facebook.

Imagine if you had understood before others that streaming was going to become the preferred mode of consumption for content. You would have invested in Netflix in the early 2010s.

I'll stop there, but you get the idea. Understanding before others that technology will revolutionize the world of tomorrow, but more importantly, taking action by investing in it, can change your future life.

With Bitcoin, you're looking at something comparable, but x100. Because Bitcoin is not just another technological revolution. Bitcoin is an incredible monetary revolution that offers you the opportunity to take back the power over your money. Bitcoin is an alternative to the current monetary and financial system. That's all it is!

And yet, the vast majority of the world's inhabitants have to realize the incredible benefits of the Bitcoin system. If you make the effort to understand the why of Bitcoin now and decide on your own to take action, then you will be an early adopter, with all the rewards that will bring in the future.

To support my thesis, I see 7 major signs that I will describe to you in the following.

7.8 billion people on Earth, and only 130 million Bitcoin users

According to the latest UN estimates, there are just over 7.8 billion people on Earth. This compares to an estimate of just over 130 million users of the Bitcoin network at the time of writing. This means that at best 1.6% of the world's population owns Bitcoin at the moment.

And again, of the 130 million people who own Bitcoin, how many understand the why of Bitcoin while being willing to HODL no matter what?

Far fewer, you can be sure!

This means that by buying Bitcoin today, and making the effort to understand its why, then you will be one of the 1% of Bitcoin's early adopters. Once you have gained enough confidence in Bitcoin, you will be patient enough to take full advantage of it in the future.

Because even though the world's population will continue to grow in the future, there will never be more than 21 million units of BTC available. Just imagine what that means for the price of Bitcoin in the years to come.

Ask around, how many people can tell you what Bitcoin is?

A good way to test the penetration of a disruptive technology among the general public is to ask average people around you what they think about it. Have fun asking people you meet by chance to tell you what Bitcoin is.

You will be surprised that not even 1 in 10 people can tell you what Bitcoin is. The majority will tell you the negative arguments that are repeated over and over again by the powerful in the current monetary and financial system.

If you have someone who can tell you that Bitcoin is all about power, rather than money, then you're incredibly lucky to have found an early adopter like yourself.

Most merchants do not yet support Bitcoin payments

Bitcoin is encrypted P2P money at the heart of an alternative payment system to the current one. Yet, very few merchants still support Bitcoin as a payment method. This has been increasing for several months now, but we are far from mass adoption.

This mass adoption of Bitcoin as a payment method for everyday payments will be achieved through the adoption of the Lightning Network, a layer-2 solution whose adoption has accelerated sharply since the beginning of 2021 as evidenced by the increase in the number of payment channels in operation:

When a majority of physical and Web merchants support Bitcoin payments, you'll know it's too late to be an early adopter. Beware, because it could happen much faster than some people think.

The mainstream media has a generally negative coverage of Bitcoin

A 20% drop in the price of Bitcoin, and the general media soon started talking about the Bear Market while criticizing Bitcoin at every turn. These media know that this kind of clickbait headline sells. They use it and abuse it.

Their coverage of the incredible monetary revolution that is Bitcoin is generally negative, seeking to use every possible angle of attack:

I'll stop here, but you've already read such headlines in the general media many times. This is a signal that journalists are not doing their job by simply repeating over and over again negative clichés about Bitcoin that have long been debunked.

When a new disruptive technology is still in the early adopter phase, you inevitably get this kind of behavior. You will see this reversed as Bitcoin's price rises in the future and its user base grows.

The Lightning Network is the future of Bitcoin for everyday payments. This layer-2 technology enables fast payments at a low cost. Think of the Bitcoin blockchain as a central bank with which the Lightning Network payment channels will exchange from time to time. The Bitcoin Standard is based on this idea.

It is the Bitcoin community's answer to an issue that is critical to the mass adoption of Bitcoin in the future. As mass adoption continues, users will learn about the Lightning Network.

The user experience is still in its infancy

Being a developer, I don't find the user experience to be all that bad with Bitcoin. I think that a lot of progress has been made since its creation. Nevertheless, I am not a normal person since I am a developer.

So you have to put yourself in the shoes of those who will use Bitcoin and are not technophiles. If they tell you that using Bitcoin is complicated for them, you have to make sure that you improve the user experience. Period.

This is how mass adoption of Bitcoin will progress.

In this regard, the general public needs to stop being fed technical details about Bitcoin that give the impression that to master Bitcoin you need to understand complex concepts such as cryptographic hash functions, or private/public keys. Everything must be done to hide this complexity from the end-user, just as a Web user doesn't even know what's underneath a Web page.

But just as with the Internet in the late 1990s, this is the best opportunity if you want to be an early adopter of Bitcoin.

As a reminder, the figure of 130 million users was the adoption figure for the Internet in 1997:

Look at what happened next to the Internet. And yet, many people were saying that the Internet would only be a passing fad or that the technology was far too complicated to use. Doesn't this remind you of some of the criticisms that are often made about Bitcoin?

Bitcoin is the world's only truly free market. Exchanges can be made 24 hours a day, 7 days a week, and 365 days a year. Users are free at all times to find the equilibrium price for Bitcoin. This makes something obvious: Bitcoin's price volatility is a feature, not a bug.

Many investors find it difficult to deal with this volatility because they are no longer used to it, whereas the stock markets are manipulated with circuit breakers that stop the trade as soon as the rise or fall is too great.

This volatility is logical for such a young asset. As Bitcoin's market cap increases, its volatility will decrease in my opinion. We're still a long way from that, but in 20 years, volatility will likely be much lower. The time of the early adopters will be over. By then, the price of Bitcoin may be well over a million dollars.

Faced with a revolution as incredible as Bitcoin, you have two possible attitudes: resist (unnecessarily) and waste time, or realize that you must evolve to embrace this revolution as quickly as possible to be among those who will benefit the most.

If you choose to evolve today by embracing the Bitcoin revolution, then you'll be one of Bitcoin's early adopters. You will be among the category of users who will be rewarded the most in the future. Just as the early adopters of the Internet are reaping huge benefits today from their choice in the late 1990s. 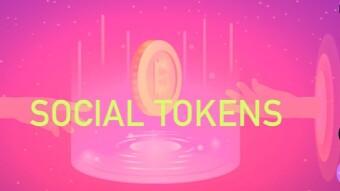 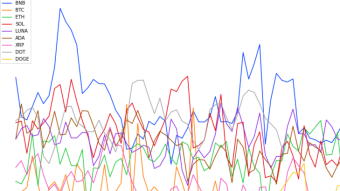 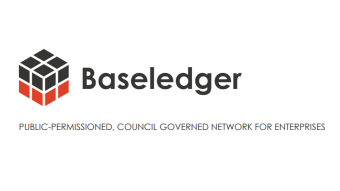