An online friend once asked me, "Did you jump with the Corp. if so when did you go to jump school. Back then we all went to Fort Benning" His question conjured up some fond memories and prompted me to submit this:

Of Parachute Jumps and Frozen Vegetables... I was slated to go to Fort Benning, but 4 months out, op tempo superceded (cancelled) those orders. I went straight to free-fall training at the USAF Academy, Colorado Springs, CO, as a "special" AM-490/491 "exchange student"; meaning, I went from a ground-pounder to free-fall parachutist by doing double the required USAF free-fall jumps in half the time! BTW, this was a little-known, used only when needed, fast-track way to get team members qualified expeditiously to meet operational commitments. Up to this point in my life, because of an early traumatic experience on top of the Empire State building, I was deathly afraid of heights.

A gust of wind knocked me down and immediately had a frightened little me rolling towards the edge walls of the tourist platform! Damn! I was freakin' scared during that first jump! But then I actually got addicted to it and found that I had an exceptional proprioceptor response to the aerodynamics of relative work (acrobatic maneuvers while free-falling). All my classmates thought the Marine Corps had sent in a wringer to embarrass the USAF students. Nevertheless, there was lots of free beer at the end of each jump evolution! Although I logged a butt-load of jumps during my career, I don't consider my aerial antics anything special; mainly because I've jumped with some REAL MASTERS. 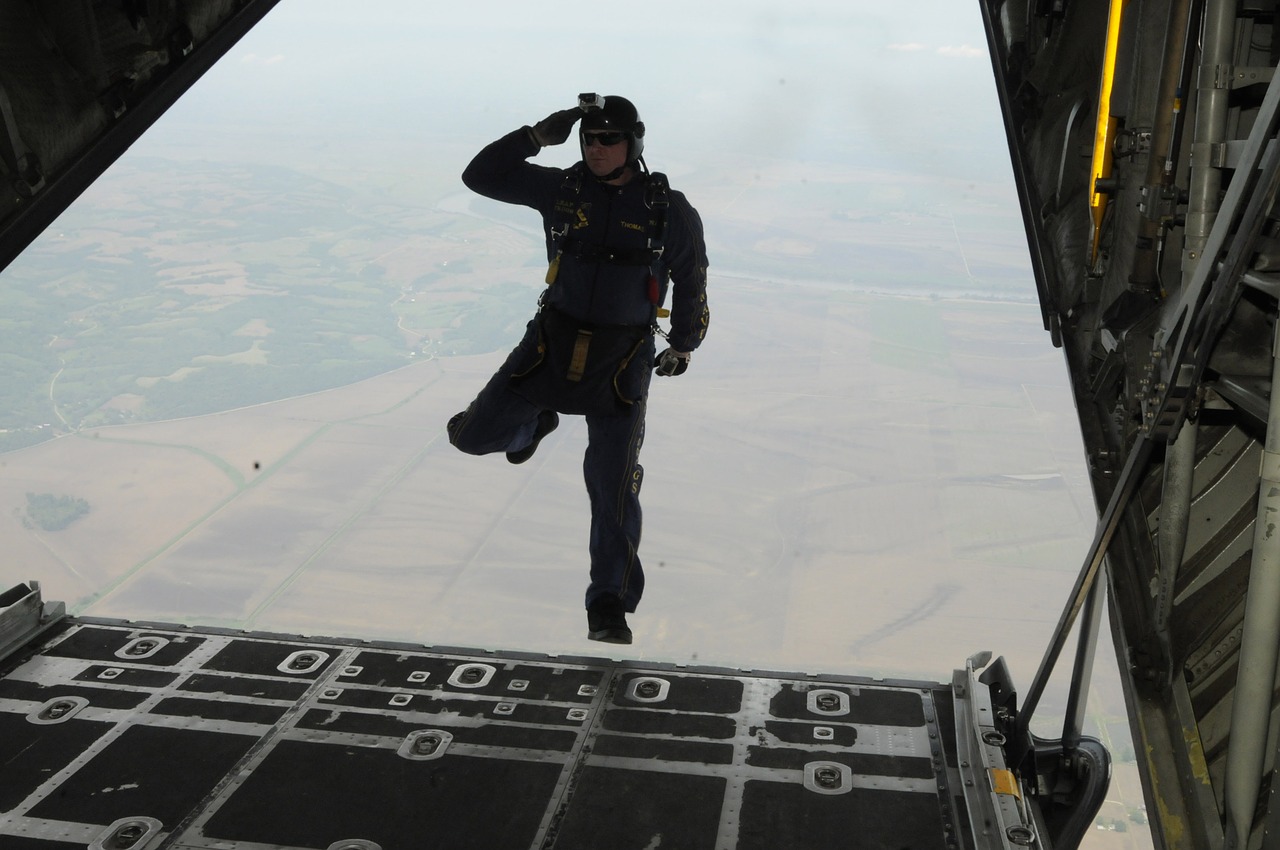 I shit you not, some of those guys could "thread the needle" and fly their bat-suits in between the crevasses of mountains! Anyway, all my medic buddies who've graduated Benning said that he and his classmates would buy up all the frozen vegetables from the commissary to ice down their knees at night!