(IJCH) My Thoughts on "Do Androids Dream of Electric Sheep?" - A book by Phillip K. Dick and the basis for "Blade Runner"

(IJCH) My Thoughts on "Do Androids Dream of Electric Sheep?" - A book by Phillip K. Dick and the basis for "Blade Runner" Philip K. Dick is one of my favorite authors.

He has written MANY books and short stories that I've pondered over and over again since I was young.

Suffering from agoraphobia, he rarely left his home. His friends described him as paranoid most of the time.

And his therapist could not tell if he was clinically schizophrenic or was merely tormented by a genius level imagination gone wild.

His writing also reflected his interest in metaphysics and theology, and often drew upon his life experiences in addressing the nature of reality, identity, drug abuse, schizophrenia, and transcendental experiences.

"Do Androids Dream of Electric Sheep?" - The Novel "Do Androids Dream of Electric Sheep?" is a science fiction novel by American writer Philip K. Dick, first published in 1968.

The novel is set in a post-apocalyptic San Francisco, where Earth's life has been greatly damaged by nuclear global war.

Most animal species are endangered or extinct from extreme radiation poisoning, so that owning an animal is now a sign of status and an attitude of empathy towards animals is encouraged .

The book served as the primary basis for the 1982 film Blade Runner, and many elements and themes from it were used in its 2017 sequel Blade Runner 2049.

My Thoughts on "Do Androids Dream of Electric Sheep?" Having seen the "Blade Runner" movies many times before, I was curious about its basis - the book "Do Androids Dream of Electric Sheep?"

I finally finished reading it yesterday.

To me, the movies didn't emphasize the obsession with "real, living things" as much as the book does. The Value of "Real" Things in the Book But he ends up spending his bounty money on a goat.

Much like today's "Blue Book" for cars, there is a "Sydney's" - a book that lists the "List Price" for animals categorized by species, age, health, gender, etc. Although there wasn't a "Sidney's" for Humans, I could imagine that if Humans became rare, the androids would have their version of it.

The androids that Deckard hunts is the most advanced models called "Nexus Six" androids.

According to all the experts advising Deckard, the Nexus Six models are by far the most human-like androids built to date.

Hell, Decker even ends up falling in love and sleeping with one named Rachel Rosen After reading the book, I wondered what exactly was the main reason for living things, not electric machines, to be so highly prized?

Was it their transient nature? I mean, unlike machines that could - if maintained properly, "live" forever, the death of animals (like humans) was a certainty.

Was it scarcity? Most animals had become extinct in Decker's world.

Was it the flaws? Flaws are becoming the only way to authenticate real diamonds from synthetic ones.

Was it market manipulation? Again, a la the De Beers or OPEC Empires. What are your opinions on this "Value Issue"? 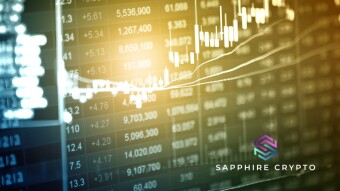