Well... that was an interesting thing to wake up to. There is some FUD, rumours and "news" going around about KuCoin, a Singapore based crypto exchange. The fallout from the Terra-Luna collapse, and the ongoing domino effects from 3AC and all the rest is still feeding through the system. There were the initial insolvencies due to the most directly exposed projects, funds, and CeFi exchanges... however, due to the fact that the crypto hedge funds and CeFi lenders had opaque (tradition, non-DeFi) ledgers for tracking their assets... well, it means that there is a bunch of toxic debt floating around... basically, that means that the debts will never be covered, and they were never (or poorly) collateralised. Interesting that this was the sort of thing that crypto and DeFi was developed to guard against (remember the 2008 thing...)... and the usual greed and human nature allowed some to sidestep it all with glowing promises of APRs. Remember 2008... this is why we are trying to change things. Replacing the infrastructure and plumbing... not making green candles and short term gains!

Anyway, there was some hints this morning... which I should add are at the moment unfounded, and JUST RUMOURS... that KuCoin might be one exchange that was exposed in some way to this contagion. Well.. this was of some interest to me, as everything so far had not affected me in anyway... I had stayed away from the CeFi lenders in the past, but KuCoin was an exchange that I had used frequently in the past (probably should update that in my listings below!) and kept a little bit of crypto on... mostly to take part in the launches and burning drops there. Apart from that, it was a long list and smattering of shitcoins that were mostly useless..

So... the question is. Do you stay or do you pack up and leave before the door closes? It appeared that I had a bit of a head start on most as the news was only about an hour old at most. So, I figured it was prudent to just pack up my bags and leave. I already had a recent weird experience with the support team anyway... I had moved from one side of the planet to the other, and was looking to update my KYC, and the support had said that that wasn't possible. Weird... don't people ever move... I mean, it was crazily simple to do that with FTX and Binance, a 5 minutes support chat with proof and boom it was done! I was weirded out that KuCoin wasn't able to manage it...

Apart from the shitcoins (some of which totaled up to a significant amount that was worth getting out) and chunks of ETH, DOT and BTC... the bulk of the value in KuCoin for me was in the exchange token, KCS. Well.. this was going to be the trickiest choice... the rest was fine to just export out... but KCS... well, if the exchange failed, then I should sell immediately and get USDT out... or if all of this passes over, then I should have done nothing. KCS is completely tied to the survival of the exchange.

In the end, I figured I would just sell 25% of the KCS and get that out... and then leave the rest in there on the more likely chance that all of this was just FUD and nothing to worry about. I am quite fond of hedging... I don't win 100%, but I also don't lose 100%... and to me, not losing is better than winning!

Luckily, to aid with all of this.. I have a list of addresses for cold wallets for most of the other commonly used chains that I can immediately copy/paste and withdraw out. I suggest that every does this... there are times when you just need to withdraw fast, and you don't have access to a hardware wallet or you don't have time to hunt around for the addresses across multiple chains.

So... now that I'm mostly out.... save for that KCS that stays and a smattering of stuff that wasn't worth rescuing... I can sit back and watch the fireworks. In the end, most of the stuff that I had on KuCoin was just sitting there waiting for me to come along and tidy up anyway... so, there wasn't much reason for it to sit there. Sure, some of those withdrawal fees sucked and stung a little bit... but out is out.

Now, it is just popcorns for me... I'm seeing that some people have withdrawal problems... but I had none... everything went pretty smoothly, except the ones that were taking place on the Zilliqa chain (which did eventually go through... just really really slowly!). I guess that there are a lot of withdrawal requests coming in this weekend!

Best of luck everyone, stay safe out there... as I've mentioned before, this is a great time to shore up your digital defences, your crypto storage habits, and make sure that you take custody of your own crypto-assets! Don't leave them in the hands of others... especially as we now see that many have been quite dodgy in their responsibilities during the bull market!

Ledger Nano S/X: Keep your crypto safe and offline with the leading hardware wallet provider. Not your keys, not your crypto!
Binance: My first choice of centralised exchange, featuring a wide variety of crypto and savings products.
Kucoin: My second choice in exchanges, many tokens listed here that you can't get on Binance!
FTX: Regulated US-based exchange with some pretty interesting and useful discounts on trading and withdrawal fees for FTT holders. Decent fiat on-ramp as well!
MXC: Listings of lots of interesting tokens that are usually only available on DEXs. Avoid high gas prices!
Huobi: One of the largest exchanges in the world, some very interesting listings and early access sales through Primelist.
Gate.io: If you are after some of the weirdest and strangest tokens, this is one of the easiest off-chain places to get them!
Coinbase: If you need a regulated and safe environment to trade, this is the first exchange for most newcomers!
Crypto.com: Mixed feelings, but they have the BEST looking VISA debit card in existence! Seriously, it is beautiful!
CoinList: Access to early investor and crowdsale of vetted and reserached projects.
Cointracking: Automated or manual tracking of crypto for accounting and taxation reports.
Poloniex: One of the older regulated exchanges that has come into new ownership. I used to use it quite a lot, but have since stopped.
Bitfinex: Ahhh... another oldie, but a goodie exchange. Most noted for the close affiliation with USDT and the Basic "no-KYC" tier! 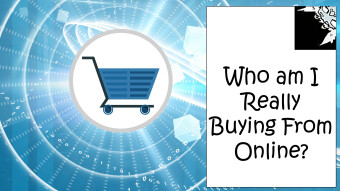