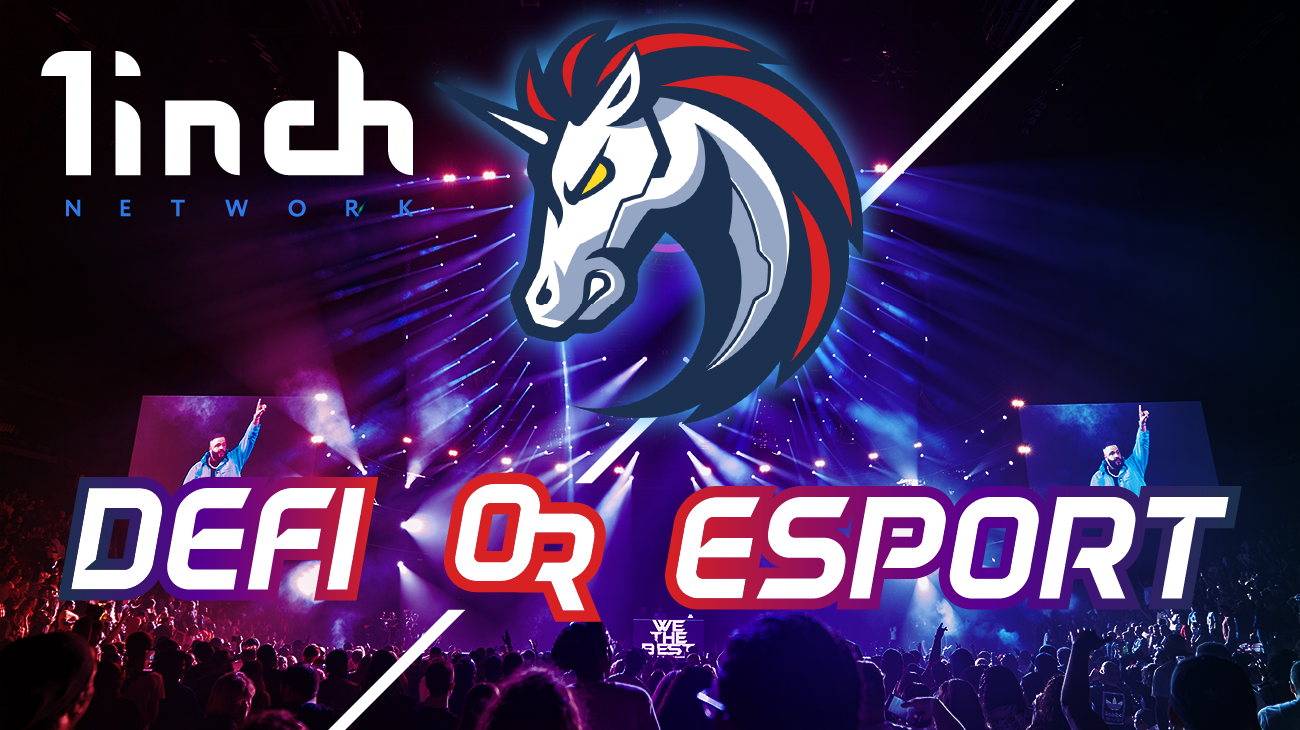 The 1inch logo caught my attention for a very good reason. I looked at this mecha-unicorn and I wanted to see it beneath the ice at a hockey rink, or on a basketball jersey. But as a DeFi logo this design choice left me a bit confused at first. The cryptocurrency design arena is seeing widespread use of geometry and gradients. A few have chosen to use “mascots” like birds, dogs, and dragons, buts none of those communicate “competitive sport” the way 1inch does. Let's see if 1inch's brand is a homerun. 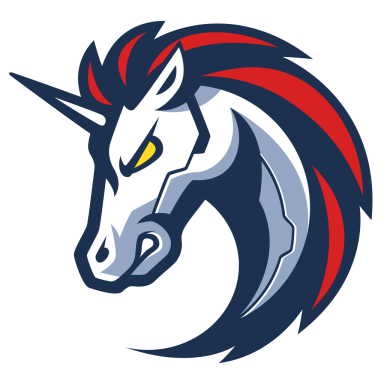 1inch is using red and blue, two colors that have opposite psychological effects on us. Red is the axiomatic aggressor. Even our primate cousins recognize red as a danger color. It represents blood, and the idea of blood spans the emotional gamut between love and war. Blue, on the other hand, is the epitome of tranquility. Blue is cool arctic water and a clear, breezy day, and studies have shown blue to increase test scores. Having these two clashing colors is our first indication of “competition”. Two opposing emotions can very easily translate into a need to pick a side.

I have an issue with the unicorn's yellow eye because this color appears out of nowhere. It was carried over from the previous logo but even so, nowhere else is this yellow color seen, in either the website or the UI. It isn't bad, but from a design perspective it is the color that doesn't belong. Take a look at the following images and decide for yourself if yellow is the better decision. 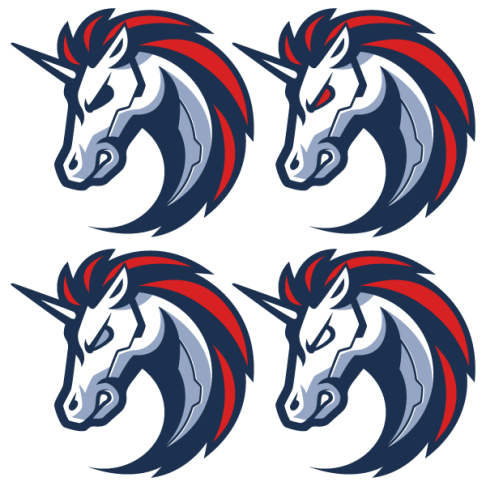 1inch is using a grid typeface. This gives it a very technical feel, but adding some rounded elements to the letter forms adds some futurism as well. The uniformity of the letters and their spacing is a not-so-subtle way for communicating precision, accuracy, and organization.

There is one element I find odd about the word mark and that's the connecting line between “ch”. I browsed through the 1inch website and I could not find another element that had this look. Since it is different it draws attention and I am unable to find a reason for calling attention there, but it may have been used to simply break the monotony of block letters. 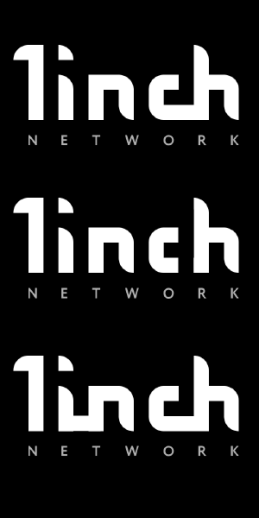 Lastly, they have chosen to use tiny text for the word “NETWORK”. It has been spaced very far apart making it difficult to read and, therefore, unimportant. This is an “informal” introduction, of sorts. The 1inch Network would like for us to simply call them “1inch”, and we oblige.

It's a cool looking font but it doesn't fit the idea of a competitive sports team. It feels more “robotic” or technical, which tells me 1inch is trying to “patch” the gap between two ideas: competition and technology.

The 1inch website and dapp are your run-of-the-mill UI/UX. They use the same gradient and outer glow effects that have become popular all around the cryptosphere. There isn't any element that is glaringly out of place, but there isn't anything that sets 1inch apart visually from other decentralized exchanges and this is the only reason I mention their UI/UX. The “dime-a-dozen” interface design doesn't quite hold the same excitement as the bold, competitive mascot they've shown us.

1inch should pay attention to the way esports events design their interface. Even a subtle version of the above example would fall more in line with the gestalt of the icon.

The snarling, almost-bullish unicorn is clearly intended to mimic the mascot icons of competitive sports teams. This intentional design is an obvious ploy for attention from the gamer demographic. If you haven't seen any e-sports team logos, I invite you to observe the similarities. 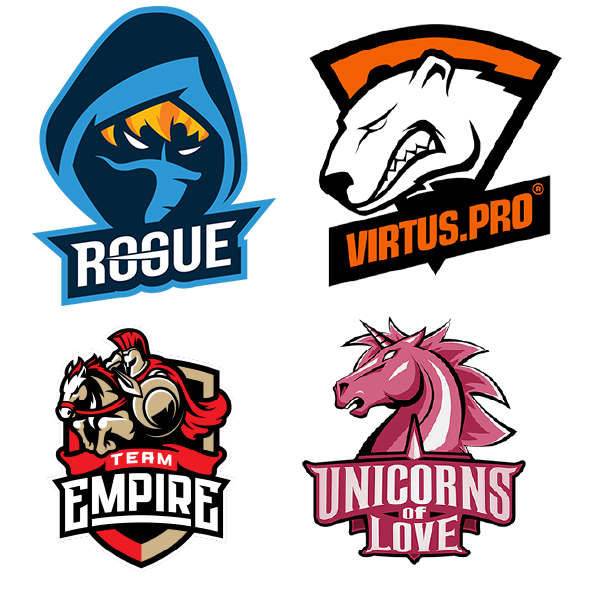 1inch's logo has a bold, aggressive presence and I believe it succeeds in being inviting and expressing competition. I would very much like to have merchandise with this logo on it, but is this really the best logo for a DeFi aggregator? Only time will tell, but I predict 1inch will begin sponsoring esports events soon. Good luck, 1inch!