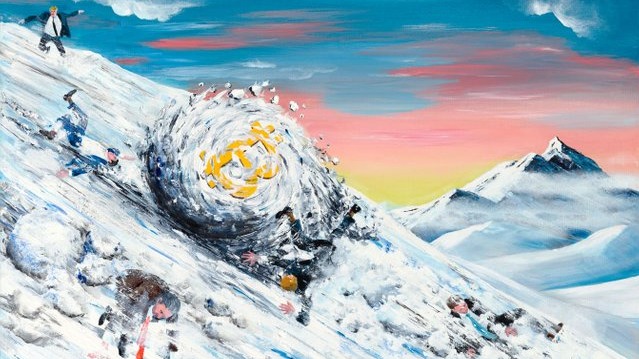 September 7, 2021, marks an epic day for the Bitcoin history. It's probably the most relevant event, after the first block mined, since Satoshi has envisioned this marvelous piece of technology. Today El Salvador is making Bitcoin legal tender and this event is much more important than many of us realize.

The use of Bitcoin as "a peer to peer currency" is gradually manifesting in the real world. As of today, El Salvadorians can buy stuff around with Bitcoin. Funny how such a small country that's not a popular one at all, rocking a quite poor economy, is representing the first snowflake in a Bitcoin snowball effect that will take over the world.

Gabriel Silva, Panamanian Congressman, drafted legislation proposing the use of cryptocurrency as a means of payment for civil and commercial operations. What do you think of that? Another "dollar using country" is searching for alternatives for its currency and Bitcoin becomes a viable one.

Panama has introduced a bill to regulate the use of cryptocurrencies throughout the country.
The bill, presented by Congressman Gabriel Silva on Tuesday night, seeks to make Panama a “country compatible with the digital economy, blockchain, crypto assets and the internet.”
The text proposes that individuals in Panama or legal entities established in the country may freely agree to use cryptocurrency as a means of payment for any civil or commercial operation not prohibited by the legal system.
The project also proposes that taxes, fees and other tax obligations may be paid using cryptocurrency.
source

The plans of the congressman Gabriel Silva go beyond using blockchain technology just for the sake of facilitating the crypto use as an exchange currency. Seems that digital identities stored on a distributed ledger are also part of the proposed bill and "the most futuristic vision is that Panama has to become a DAO".

Mass adoption for blockchain technology and cryptocurrency use is pushed forward by countries/entities that we wouldn't even envision a couple of years ago. Ways through which this marvelous piece of technology is rooting in our so called modern society are also emerging. What was Bitcoin, and the whole crypto space, just four years ago?

Although the process of turning whole cities and countries into DAOs and digitizing the planet is gonna take some time, things are moving, foundations are being built from the ground and we're seeing more and more use cases of blockchain technology in our daily lives. Only a fool would still look at Bitcoin from a speculative stand point.

Yes, we still have it paired against the US dollar and that valuation is quite volatile, we will probably have a bear market following this bull cycle and BTC's price might correct as much as 80%, as it did in the previous bear market, but progress in mass adoption process is piling up. That's undeniable.

You can buy your daily bread from a local store in El Salvador by using Bitcoin, there's this #playtoearn concept that's making people a living all over the world, a new type of content creators is emerging such as what we have with Hive, we have VISA partnerships between Binance and other crypto companies facilitating payments by using crypto to almost any merchant and you can book a damn room almost anywhere in the world by using Travala and its native token AVA.

If you haven't heard about Travala, just follow @trumpman on twitter and Hive, you don't need anything else...

The takeaway is that crypto is no longer just a new type of asset class. It's not just a money making "internet thing". If you see it just as such, you're gonna miss a lot in this space. Trading crypto will probably be a thing of the past in ten years from now when volatility will fade away. Yes, I do believe that at a point, when you no longer need to exchange crypto for anything other than other forms of crypto, trading as we know it will become obsolete.

Another interesting fact is that the first two countries that are making actual steps towards making Bitcoin "a currency" are using the dollar as a currency. Imagine how many countries rocking a poor economy will rush to ditch their shitty currencies and embrace "le Bitcoin". El Salvador testing Bitcoin as a true currency is an event of massive importance.

Hence I couldn't resist jumping on the #7SeptemberBuyBTC initiative. What about you, are you gonna buy $30 worth of BTC today? 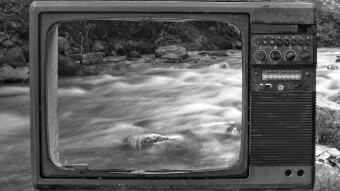 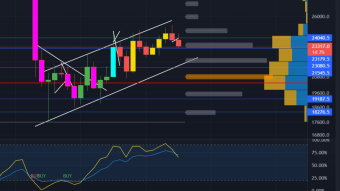 WEEKLY INSIDER: The Crypto Sector heading where?!!! If you don't know, now you know ~Optimize Your Wealth~