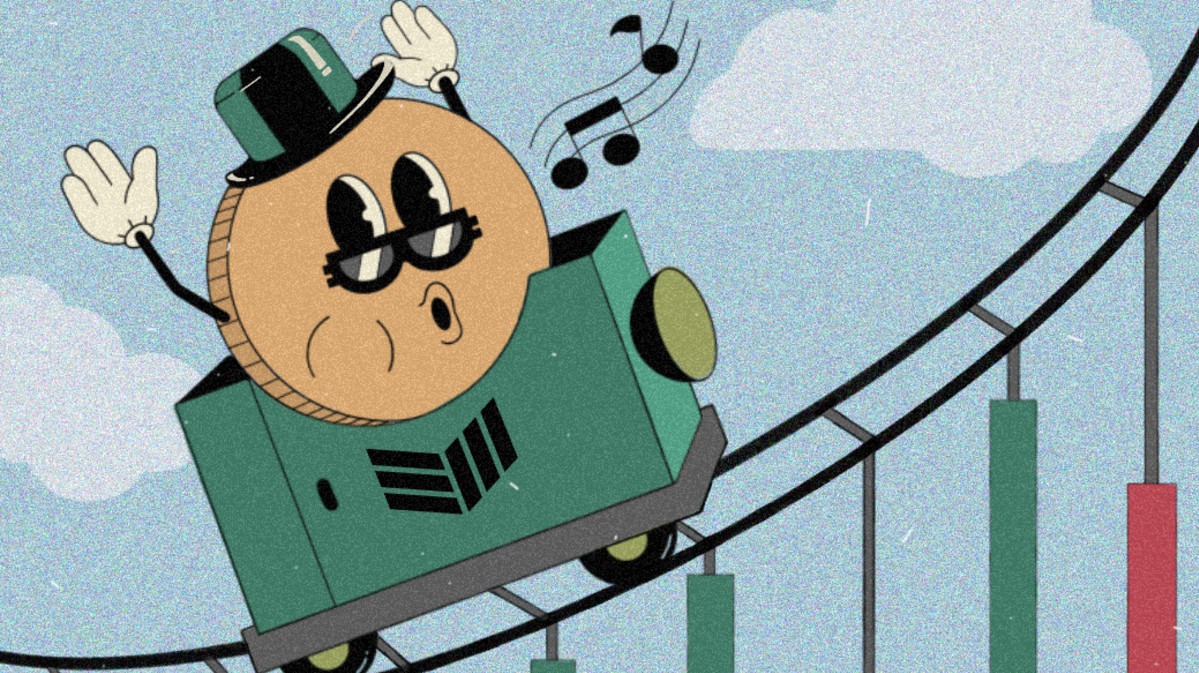 It's ATHs season for Bitcoin today and only it seems to be in that position. Alts are somehow waiting on the sidelines, probably for Bitcoin to go to something like $100,000 before they start their typical show, often times shadowing Bitcoins gains, but meanwhile it's BTC show.

I don't own Bitcoin(don't ask why), but I'm super bullish on Bitcoin and I am super bullish on a super cycle for the cryptocurrency space. It's premature to talk of a bear market right now, but it seems that quite a few "enlightened minds" in the crypto space are already drawing lines and charting BTC's path.

I don't know how high Bitcoin will peak, as I believe there will be a peak from where a slight correction will occur, my gut feeling tells me that it's going to be somewhere between $200,000 and $400,000. Bitcoin is no longer a geeks currency, or even a criminals one.

I wouldn't even call it digital gold anymore, such metaphor is somehow trimming its value. I'd rather name it the Trojan horse of the current world order. My gut feeling tells me that this cryptocurrency that was created by some mysterious guy, or gal/gang, is having much more disruptive potential than we can think of. 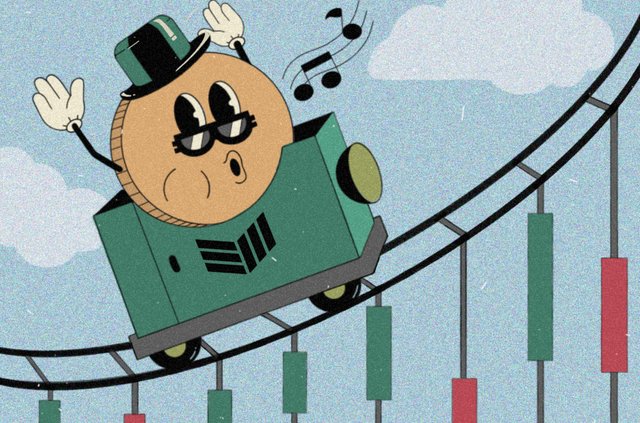 Unfortunately, most of the influencers that are active on twitter are beating the drum too much on its price and are too attached to these four years cycles as if Bitcoin and the whole crypto industry is evolving at the pace they're directing. They're gonna have a surprise.

Bitcoin is already legal tender in a small country in this world and is in talks by Russia's deputy minister of Foreign Affairs on replacing the US dollar. It won't replace it as a currency in the US for buying groceries off the empty shelves, but as an international affairs one. Every country's currency is a falling knife right now, USD included, so who would expect to be still relying on these falling knives in settling international affairs.

But sir, Bitcoin is volatile! For the moment yes, but as we will move further into the super cycle you shall see that the value of BTC will loose its volatility a lot and thus making it a great store of value. Meanwhile the money makers and rule breakers have to take it from the hands of the plebs and give them dollars in exchange.

What if I told you there won't be a bear market anymore? What if the filthy hands that are grabbing "cheap Bitcoin" right now are refusing to sell even if it gets to a million? What if...

The Russian government is considering a new project to mine Bitcoin (BTC) with associated petroleum gas. Why would they do that? So they can challenge US in the hash power supremacy. Don't expect to have anyone on live television admitting that, but this is what is going to happen. Russia is a highly competitive country, especially against the US and now that China is out of the equation the fight is between the two. 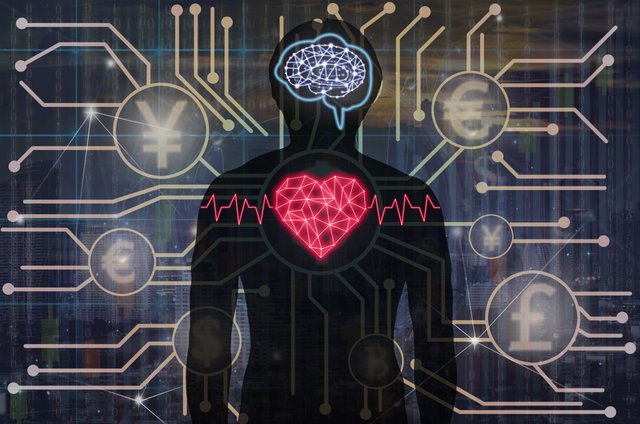 Facebook is soon going to become a crypto company and their struggle to achieve that is palpable. Regulators are not seeing this move with good eyes, but the future is crypto and Facebook will not be left on the sidelines. What crypto company is Facebook going to be remains to be seen, but the trend is clear. Metaverses are going to be created, DeFi is soon going to replace much of the current ways we are handling with crypto, especially when it comes to CEXs and Bitcoin will be the perfect hedge against inflation.

Inflation is here to stay and it will probably get highly severe in so many countries in the near future. That's when Bitoins attribute of a store of value and hedge against inflation will be validated. It is currently the 13th largest currency in the world, surpassing the Swiss Franc and from what I read it has exceeded silvers market cap as well. These are numbers almost anyone can have access to.

Do you believe the oligarchs of the world are going to ignore them? I bet they won't, and I also bet they're the ones paying "these insane amounts of money" for Bitcoin. Make no mistake, the ETF hype is just fireworks thrown into the air to entertain the plebs and lure them into choosing dollars over Bitcoin, as many of us will for sure sell, especially once BTC goes above $100,000. I bet on that.

The way I see it we are currently witnessing probably the largest wealth transfer in the history of mankind while we celebrate ATH after ATH. Who asks this question though: what is the ATH paired against?...

It's the USD, a weakening currency of the establishment, created in the dinosaurs age and controlled by the establishment. How the hell can we talk about a digital era and bitcoinization while we still refer to the past(USD) so often... I feel sorry for the ones not being able to see past the current "world order" and wealth standards. 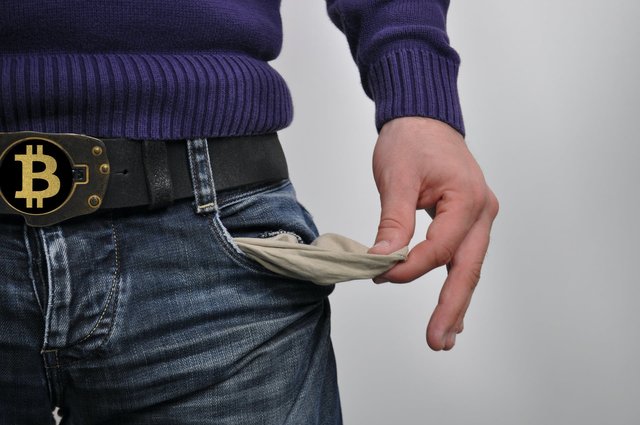 After claiming a few months ago that he has allocated 5% of his net wealth to Bitcoin, now Paul Tudor Jones prefers Bitcoin vs gold as a hedge against inflation... Surprise, surprise. But sir, why haven't you said that when BTC was $30,000, or $10,000?... No point in doing that, he was probably busy accumulating more.

As we move further up the dollar valuation mountain of Bitcoin we will have the domino pieces falling one after another. There will be more nations doing what El Salvador did, international affairs settled in Bitcoin, tons of ETFs and we will probably never see a $60,000 Bitcoin again.

Looking at the history of Bitcoin, we're actually witnessing a decade long process of shaking out individuals from being in the possession of Bitcoin. ETH will benefit form that. Even some of the most convicted ones will fall in this process. I bet most of the ones showing off in Dubai right now and pretending to know what's happening next for Bitcoin are going to be left out as well.

Not all of the BTC in circulation will get to the hands of institutions and large players, that's for sure, but the majority are going to be shaken out in the following years. Kind of sad, right? That's how I see these things though.