Bitcoin Era - A Trading Gem To Make You Rich, or The Next Bitconnect?! 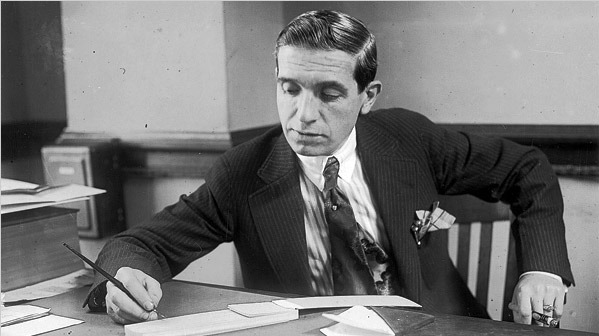 Bitcoin Era - A Trading Gem To Make You Rich, or The Next Bitconnect?!

A few hours ago a friend of mine who lives in a country other than me, called me, being initiated into the crypto world by me, now asking me if I heard of Bitcoin Era . I said no, and asked him what it was. The answer was that he doesn't know, but that he heard about the Bitcoin Era from a friend of his, who invested $ 250 dollars in something like that, and in two weeks made a profit of $ 750... Interestingly, I said, at the same time thinking of Bitconnect and One Coin. I wonder why...

Being curious about what it is about, I accessed the home page of the above mentioned money making machine, and see for myself what it is all about. The first impact you have when you enter their site is a nicely compiled message, suggesting that if you want to make money without any effort, that's where you should start, having a short video with different personalities talking Bitcoin as an intro and smelling money... Nothing new for someone who has been in the crypto world for almost three years.

Before I found out exactly what it was about, I noticed the clever way in which the testimonials of those who have already made money with Bitcoin Era were presented at the top of the page, suggesting to me that in terms of marketing, those from Bitcoin Era are very good. What exactly is the Bitcoin Era? In short, a trading software that trades for you, and that seems to have an accuracy in predicting next market moves up to 99.4%... Not bad, right...

This “state of the art software”, as they call it, seems to be 0.01 seconds ahead of all the online trading markets, according to their developers, and it’s even an award winning app awarded by the US Trading Association. If you don't take the words of Bitcoin Era for granted, you can really see the profits made by different users around the world, from their website. And, I forgot to tell you that it is very easy to use and absolutely free, absolutely no fee. I wonder how those, who are working as live brokers and devs, really make money with the app if everything's free.

All you have to do is create an account with them, fund your account with $ 250, funds that are yours, and they are accessible to you at any time, along with the profit made, and set up your trading mode. Manual or automatic. They say that the manual mode, it generally appeals to professional traders, and the automatic mode is generally chosen by people who have nothing to do with crypto trading, or any other type of trading, and once you set the bar for risk taking on your auto trades, you can go out and enjoy life, while the bot does it all for you. Something I wished for for my entire life. Having a “slave” working for me so I can enjoy the good life.

On the footer of the page you'll have some common asked questions regarding Bitcoin, Bitcoin trading, and similar ones. What caught my attention was what this software actually trades, these being Bitcoin CFDs (Contracts for Differences). Which in reality are not real Bitcoins, mined by a mining pool in China but look like Bitcoin ETFs. How many Bitcoin ETFs have been approved so far in the world? I have no idea. How many Bitcoin CFDs (Contracts for Differences) have been approved and regulated around the world. Again, no clue, and it's the first time I read about CFDs. Maybe you heard of such options trading.

What still caught my eye, and what made me largely understand how serious this company and its software could be, was their explanation of how CFDs work. “All you must do is make a pure guess (as accurately as possible) or speculate (as accurately as possible) on the price of Bitcoin. You can make money as and when the price of Bitcoin moves up or down. ”

Aleluiah, aleuliah, aleluiahaaa ... This is how you become rich in crypto, now I can become one. However, I don't understand why in this Q&A section, Bitcoin Era mentions that its users are practically bettors, trying to guess the next move of Bitcoin but in the software description they emphasize a lot about it doing the work for you. Or, is it automatically betting for you? Now, if Bitcoin Era’s users are actually gamblers, against whom are they gambling, and who’s the winner and the looser in this game. I don't get it. Do you?

I looked for more information about this possible ponzi but I didn't find much. I spent a few minutes reading a marketwatch article about Bitcoin Era, but it's basically a user guide and not a real review. Paid promotion, maybe?

What is my verdict, and would I recommend it to my friend? I'm not 100% sure, but I tend to think it's ponzi. The reasons I think this is that this app is completely free, requiring only a minimum of $ 250 as initial funds, which you can withdraw anytime, which makes me wonder “where did the Era's developers and the whole team win their ends meet ". I find it doubtful their inside gambling too, which tells me that when someone loses, someone else has to win. Who are the losers when everyone wins, then? If it's a simple closed circuit game, how is it possible for everyone to win?

Personally, I would not use this software because in my opinion it does not make sense. It is offered for free, and you have probably noticed over time "what costs involve free stuff", the income of those who created this application is not justified, does not use actual Bitcoin, but only bets on market movements, with an accuracy of 99.4% according to them, mentions something about Bictoin wallets on their home page, this application not using Bitcoin in fact. Kind of fishy... In my opinion this way of making money, supposedly trading CDFs, is a simple ponzi that pays its initial investors to attract others, eventually disappearing with the funds of thousands of people, just like One Coin did and its Bulgarian diva...

However I consider Bitcoin Era as a bullish signal for crypto because it attracts people's attention upon the real world of crypto, and probably every bull market cycle has had its famous ponzis. Will this be the next Bitconnect or One Coin? Who knows... Would I invest in it? Definitely not. What do you think, have you heard of it, have you used it, sounds ponzi to you? 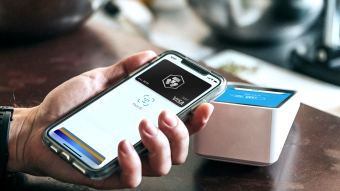 Crypto.com Virtual Cards Are Now Available in the U.S. & Europe - Here’s What You Can Do with Them