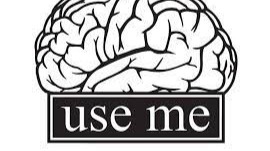 At this point Bitcoin can either go up or down, I have no doubt about that :). We might also find ourselves trapped in a stabilizing situation as well leading into more uncertainty. I guess nobody knows for sure what's going to happen on any time frame at this point, especially short term.

The psychology of the market is very confusing. There's a lot of crap coming from China and I'm not talking iPhones here, crap that is the main cause of the most recent dump on the crypto markets. It's like humans never learn...

We've had China bans and crack down on cryptos for years and years and we've still come thus far. Why on earth would anyone panic sell at this point is way out of my understanding, but at least I know one thing, I'm not capitulating and I'm also planning on not selling any earned crypto for at least a month.

I planned making my time spent online worth the hustle since I got into blogging but selling my precious HIVEs and LEOs at $0.20 and under is not something I can digest. I mean, we're 5x down from the level we've been a few months ago. It has to come back up, right?

Well, if history is to rhyme or repeat then we'll probably have a $300,000 Bitcoin by the end of the year. Cryptobull, or should I call him McBull, on twitter, has found a similar pattern of Bitcoin's price in the year of the peak of the past two bull cycles.

According to him in both the summer of 2013 and 2017, Bitcoin dipped quite heavily and from those levels it rallied to peak in the months of December of the two above mentioned years. What if history will repeat or rhyme? What does that mean?

It's just a deeper understanding of how these cycles work and a true understanding of what's blockchain to revolutionize. Once we're clear with the China FUD, which is totally hilarious, we'll definitely gonna rally like we had back in 2017.

Just have a look at the charts, almost any crypto, not particularly just Bitcoin, and you shall see that during the summer of 2017 we've had corrections, even Ethereum has experienced that although it was benefitting from a lot of hype from the ICOs saga back then.

What I would also add as bullish for cryptos, from charting perspective is the levels of correction on some alts right now. XTZ for example, which is one of my largest holdings, has dipped all the way down to under February and August 2020 levels. It doesn't make sense to enter a bear market right now...

What I am expecting now is a few more days of blood on the streets and probably a few more weeks of uncertainty, I can clearly see my portfolio bleeding even more and that's why I've also stopped selling any token I'm earning through content creation. It's too much FUD and despair to sell anything at this level.

If you plan on selling at least do that on relief rallies. I believe that we will resume the uptrend begun back in 2020, in a month or so from now and also tend to believe that we will peak once again in December, this time experiencing that mad blow off top like we've got in 2017.

I know it's painful for some looking at their portfolios and life savings that are in crypto right now, but remember one thing: buy into fear and sell into greed. I don't see any greed right now, thus not selling anything.