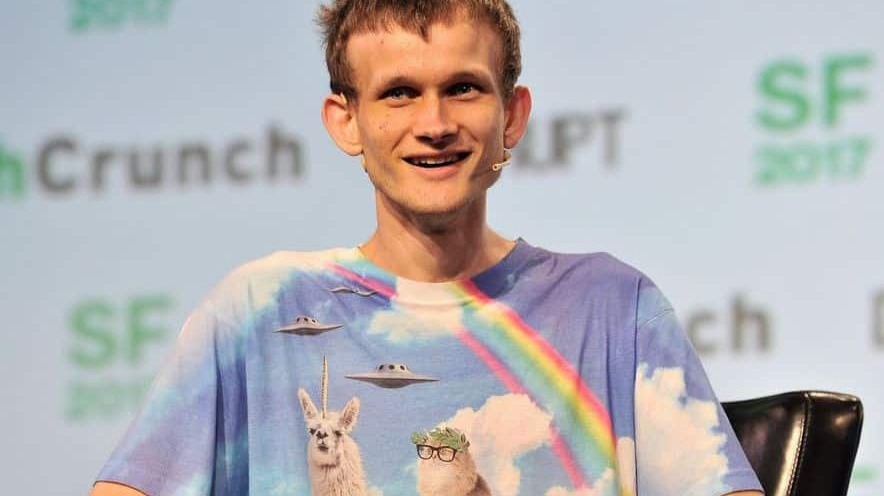 A Man and His T-shirt

On August 7, 2015, ETH has been listed on a crypto exchange and the Ethereum network was live prior to the listing. According to wikipedia the co founder of Ethereum, Vitalik Buterin has launched the blockchain in 2014. The true Ethereum blockchain is actually the Ethereum Classic as this new one is a fork that was forced due to a hack.

Pretty much similar to what happened to Steem a year ago. Ethereum has managed to score quite a rally in 2017 when it has gone from a mere $10 all the way up to $1,400. Vitalik Buterin holding 333,520 ETH according to his publicly disclosed ETH address was having a fortune of half a billion dollars at that time.

Fortunes in crypto are volatile same as the crypto prices, but all this volatility will reduce itself over time. Most of Etehreum success back in 2017 was fueled by ICOs being launched on its network and the need of such projects to purchase ETH off the market. There have been plenty in this space claiming that Ethereum won't have such a good performance this bull market, but looks like they're wrong.

ETH is currently valued at around $3,300 and my takes is that by the end of the month we will see a close to $5,000 ETH. With Vitalik Buterin holding 333,520 ETH at the current price, the man with funny unicorn t-shirts is now a billionaire. How many 27 years old billionaires do you know?

Probably not many and the thing is that he's probably not gonna be the only one making fortunes in crypto. This industry is expanding at such a rapid pace with mass adoption news coming out almost every single other day. Just recently ebay announced it's taking into consideration adding cryptocurrencies as a payment.

“We are always looking at the most relevant forms of payment and will continue to assess that going forward. We have no immediate plans, but it (cryptocurrency) is something we are keeping an eye on.”
eBay CEO Jamie Iannone source

What's even more interesting about this double citizenship dev that's turned into a billionaire recently is the time span in which he achieved that. Imagine how long did it take Warren Buffet to become billionaire and at what speed is the world of finance evolving.

The ones calling Ethereum dead two years ago have clearly been wrong as most of its performance lately is due to DeFi booming on its chain. I am not a fan of Ethereum and I've had quite some unpleasant experience with it, but nevertheless I can not overlook its importance in this industry.

Crypto is creating a new type of wealth and putting exponential growth in the palm of investors, developers and everyone involved in this space. We're gonna have a whole new breed of billionaires and wealthy entrepreneurs with a background in crypto and sooner than later it will be talked about and used in places we wouldn't even imagined four years ago.

It's just a matter of time until we won't even pair cryptocurrenecies to any government issued currecny, but for now we are doing that and Vitalik is a crypto billionaire and probably the first dev to achieve that. His story is more than encouraging and a proof that there's only one direction for blockchain technology and that's towards mass adoption.

If Ethereum wouldn't have a use case it wouldn't be the second largest cryptocurrency by market cap and Vitalik wouldn't be a billionaire now.