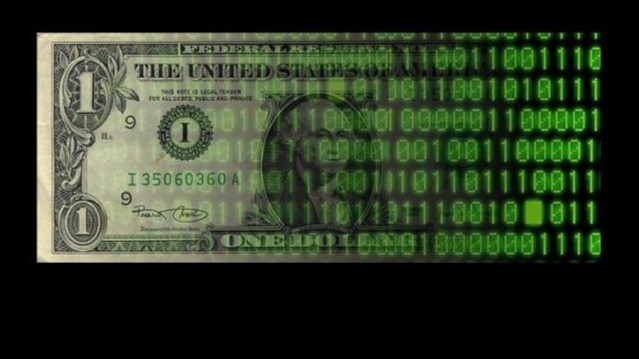 WHAT ARE DIGITAL MONEY AND HOW DO THEY FUNCTION?

They are coins that we cannot touch which exist in the form of digital numbers. In fact, they make up 90% of the money in circulation around the globe. Have you ever seen what 1 billion Euros look like in tangible coins? We believe you have not seen them.

Digital currencies make up around 90% of the money in circulation around the globe.

Still, you see these moving from one account to another in the form of numbers. All money that does not exist as physically printed money is known as digital money. If you can't touch them, then they're in their digital form. Of course, they can be converted into tangible money and used for various transactions.

So every time you transfer money through the bank, accept or send money through your debit or credit card, through PayPal or Google Wallet and others, you are actually making transactions with digital currencies.

Of course, this has enabled the sending and receiving of payments around the world, without border and state barriers, passing these geographical and territorial barriers.

You, today, can issue an invoice from one end of the world and pay it without seeing or meeting the client and without having to physically meet him. This has been made possible by digital currencies.

WHAT DO YOU SAY ABOUT CRYPTO-MONEY? WHAT ARE THEY?

All crypto-currencies are digital, while not all digital money is cryptocurrency.These usually come in the form of coins, platforms and services. Bitcoin, today, is the world's leading cryptocurrency, followed by others called alternative currencies (altcoins), such as Ethereum, Bitcoin Cash, Litecoin, Ripple, IOTA and many more.

There is no institution behind these cryptocurrencies to regulate or monitor them. Failure to monitor them means that they can easily be erased or even used for illegal purposes.

Crypto-currencies are mainly generated and exchanged through the use of technology known as Blockchain and decentralized registry. There are other technologies, but Blockchain is the main one used by most cryptocurrencies. It aims to convert electricity and data into valuable currencies that can then be exchanged or traded.

Because crypto-currencies are in its infancy, the market is quite volatile. This means that there is a lot of movement of their price. Uncertainty over whether or not these will replace paper money and speculation determines their price. This makes them very unpredictable both as a means of exchange and as an investment.

So, in the end, we say that crypto-currencies are before digital, while not all digital money is cryptocurrency.