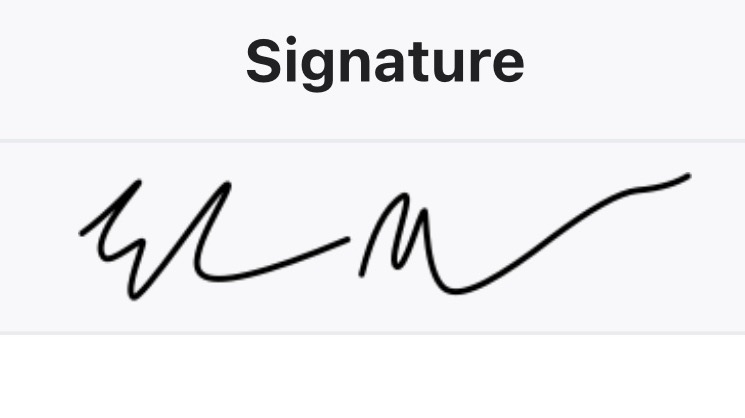 Why this guy is a narcissistic douche, that probably shouldn’t be trusted.

This article if you cant tell from the thumb img of that scribble that looks like it was made by a epileptic person mid episode, is the signature of genius Elon Musk, and I’ll be discussing him a bit today.

notice I did not put the word genius in quotes, as I do believe he is quite brilliant. HOWEVER I also believe his brilliance carries a certain weight. The weight of narcissism, and selfishness. Giving him a uncanny ability to lie or make false claims in order to gain relevance or potentially cause instability within markets or financial systems.

Lately Mr. SpaceX has been making headlines for appearing on SNL, pumping doge, lying to Twitter about taking over Tesla and in turn getting sued by the SEC, a lot of people have a lot of things to say about Elon Musk.

so who really is the man, the billionaire, this god of the technological age who causes such controversy. Well...

He is a Canadian born South African raised business man, his early life IS very interesting, and his family’s history in general seems to be very interesting as well, his father and his grandfather also appear to be jacks of all trade, and no particular allegiance to any particular geographical homeland. Like sure, they all claim one, but it’s more out of necessity for self gratification. Which none of that I will fault any of them for, pretty sure most of us would do the same. I know I would.

anyway, as stated, Musk is brilliant, he is well taught from some of the best universities across the world holding degrees in physics, business, and arts and was accepted to Stanford’s PHD program for “energy physics and materials sciences” and dropped out after only two days in the program to peruse internet goals, and other stuffs...

so... why shouldn’t we trust such a smart man? Well, just because he is smart doesn’t mean he is trustworthy or a good person. He has said he owns Tesla and its subsidiaries, this is not true, and he did not create/found the company, nor does he come up with the technologies (personally) that the company utilizes in its patients. Although he does nothing to disparage any of those thoughts people might have about him in fact he influences/instigates the lie most times which is what got in to hot water with the SEC. Along with other claims he has made over his life time which were for personal gain which he hasn’t been called out on as hard for. Such as his vac-train hyper loop project, and numerous claims he has made about his flagship SpaceX program, and its efforts.
Beyond his exaggerated market claims for personal gain, he seems to be a douche sometimes, downplaying and defaming people who just are out there doing genuine good. As if he can’t stand people not thinking he is the greatest.

So if Musk is a genius A-moral liar, what part of that should make me fear fallowing any of his advice, don’t those people usually make the best moves?...

well...yeah, but they do so in a round about way most times, by shilling one thing and profiting from it in a different way.

this is just a theory I have, but... I personally believe Elon’s Doge hodlings to be very small, this isn’t to say they don’t exist. I just personally believe that he hodls more in the “traditional coins” (ie Bitcoin or Ethereum, than he says or alludes to himself having in Doge. And his ultimate goal will be to utilize the massive upswing he has caused with doge to eventually profit (harder?) in the longer term when(or if) the consolidation really ramps up. This is just a theory though, and I have ABSOLUTELY NO PROOF to back that up. It’s just something that sounds nice when I say it in my head, and also sounds plausible when I say it aloud, so I say it.

Now, Elon may be a narcissistic, egotistical human being, that shouldn’t probably be trusted, however this doesn’t mean he is all bad as a guy, even if his only real motivation is really self centered at its heart. After all, most people with his level of money and influence are slightly narcissistic and douche-y. Musk DOES do things that I would consider (also in the long term) to be philanthropic-esq projects which he invests into via his ability to do so with the Tesla and SpaceX programs. Some of those programs include funding and research into AI protocols for non profit use, at least initially, while the non profit he established still exists, its A) No longer a non profit or open source and is now for profit, and MAY be important to note he went on to leave the board and utilize some of the AI that was developed, for profit, at Tesla.

he also funds and researches another special cause close to my heart in renewable energies, with his Tesla subsidiary SolarCity, which is basically just what you would expect a solar energy company, again, it’s not a non profit so he’s gaining from that on the back end of Tesla hodlings as well, but at least it’s for a good cause in the end for us humans of the world.

again, just cause we can’t trust him, doesn’t mean he isn’t intelligent, clever, and deserving of what he has.

The Joker, a villain from Batman, has a quote I found admiring a lot lately, and Elon I think does a great job of embodying it everyday.
“If your good at something, never do it for free” - The Joker.

Hope y’all enjoyed the read, and I’d love to hear your guys thoughts on Mr. Musk! Like him? Hate him? Indifferent? Let me know in the comments!