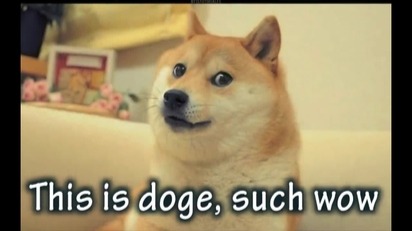 This is a story of deceive and trickery, many who have fallen and many who maybe are falling right now, a story that left sadness in many souls.

Our story begins in the early days of The High Castle with our main character Doge Realm.

Doge Realm was a folk like any other that one could not judge upon only one glance and, as the Castle was still young and not experienced he slipped away like a good doe, little did the members know what was really behind his smiley doggy profile.

There were a good couple of days in which Doge Realm was simply considered a good normal member wanting to share with his people, but as the storm doesn't come before thunder and bad omens neither did the true nature of him. He began by asking people to join his server to help him moderate it only to let them off or kick them when he bound them useless continuing to promote his server like a place where you can earn interest for your doge simply by giving it to him.

The days passed and his voice on the server begun to disappear little by little, only an "Woof" for a relative big doge drop or a "Missed" when he missed it one. People began to realize that he is looking like a leecher, a species not preferred by the members of the Castle, but not no one never realized his true intentions before it was too late.

With lies and deceive he managed to convince people to give him money for doge interest, one 10 doge another 20 doge and even $3 and $10 doge in the promise of their doge coming back even greater.They never got their doge back.

You see, my dear reader, doge realm got away with the doge people gave to him and forever disappeared, well at least with the name of doge realm because legend says that even these days he's lurking in the shadows of servers waiting for his next scam...Could?Jeff?