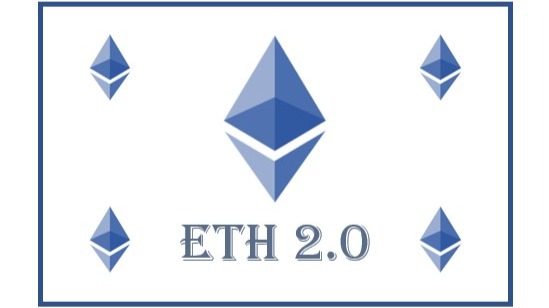 Our world has undergone significant change over the past several decades as a result of the ever-accelerating pace of technological advancement. The internet has been, by far, the greatest driver of that change as it has allowed users to perform almost any task digitally and with very low costs. Entire industries have been replaced and almost all others have been revolutionized by the internet.

The aspirations of blockchain proponents are similarly high. Spend enough time researching blockchain and you’re sure to be regaled with explanations of how it is revolutionizing finance, healthcare, real estate, self-sovereignty, and much more. Many of these revolutions have already begun, while many others have yet to even be imagined. However, it is unquestionable that one blockchain is having more of an impact on these changes than almost every other: Ethereum.

The Ethereum blockchain was the brainchild of Russian-Canadian programmer Vitalik Buterin, who envisioned the blockchain as a decentralized network on which users could build decentralized autonomous organizations (DAOs), deploy non-fungible assets (aka NFTs), manage ownership of real-world objects, and more. In order to make those processes easier than what was possible on other blockchains at the time, the Ethereum blockchain was released with its own built-in programming language, Solidity, that could be used to write smart contracts directly to the blockchain.

The Ethereum blockchain launched in July 2015 and quickly grew to become one of the largest blockchains in the world by market size, second only to Bitcoin. Ether’s growth has been primarily driven by supercycles of interest in several new industries that have spun up on top of its blockchain over the years:

The Ethereum DAO was originally styled as a type of investor-directed venture capital fund whereby users could vote on projects in which to invest rather than being forced to rely on the decisions of fund managers. The DAO was wildly popular and after about three weeks had attracted over $150 million U.S. dollars worth of Ether, which, at the time, represented around 15% of all Ether tokens in circulation. The DAO unfortunately met an early demise after users exploited a vulnerability in order to steal one-third of the funds that had been entrusted to it.

The ICO craze of 2017 was brought on by the ability of Ethereum users to easily create new cryptocurrencies in the form of tokens on top of Ethereum’s blockchain. In essence, companies could create these tokens, tie them to their future earnings, and then sell them to investors and speculators in order to crowdfund the company’s products and services. Over the course of 2017 and 2018, billions of U.S. dollars worth of funds were raised through ICOs on the Ethereum blockchain. However, given the similarities between ICOs and corporate securities offerings, regulators in many countries, such as China and the United States, severely restricted or outright banned ICOs within their borders.

It has often been said that one of blockchain’s most important abilities is that of taking financial power from governments and large institutions and giving it back to the people. This is perhaps most apparent when looking at DeFi applications built on top of Ethereum. These decentralized apps, or dApps as they’re commonly known, allow people to bank, invest, speculate, send information, and more, without having to ask for permission or give their money to “trusted” middlemen who seem to be untrustworthy more often than not. Significant sums of money have been placed within the DeFi ecosystem, which amounts to around $70 billion U.S. dollars as of this writing.

The digital age has ushered in an era of widespread transfer of knowledge and information. However, what had been lacking for decades was the ability for data to be definitively tracked back to its source. In other words, because digital data could be easily replicated and disseminated, it was all but impossible to establish original ownership.

That all changed with the advent of blockchain. An unalterable worldwide record of original ownership could be shared with anyone and accessed at any time. One of the benefits of this technology has been the ability to create non-fungible, or completely unique, digital assets that can be easily traded while their ownership remains completely secure on the blockchain. NFTs have exploded in popularity over the past few years and sales volume was several billion U.S. dollars in the first half of 2021 alone.

While Ethereum’s popularity continues to grow year after year, it is not without its critics and weaknesses. Transaction costs are astronomical and transaction delays are lengthy when the demand to use the blockchain gets high. There is no theoretical limit to the number of Ether tokens, unlike Bitcoin, meaning that Ethereum users are continuously losing the value of their holdings to the specter of inflation. And the Ethereum blockchain uses the Proof-of-Work consensus mechanism, which, in spite of its strengths, is often maligned as causing significant environmental damage.

Enter ETH 2.0 and, more specifically, the EIP-1559, which will likely go into effect on August 4th. Ethereum Improvement Proposals, or EIPs, allow developers and users on the blockchain to propose changes, receive feedback, and, if the network agrees, have them tested and then implemented to improve the functionality of the blockchain as a whole. EIP-1559 will not do much to address the environmental footprint of the Ethereum blockchain. However, proponents believe that it will make great strides to address both the expensiveness of blockchain transactions and Ethereum’s underlying inflation problem:

Pricing transactions on the Ethereum blockchain is currently extremely messy. It essentially relies on a blind auction format in which users are forced to guess how much other users are currently offering and then try and outbid them. As can be imagined, users are usually left with the short end of the stick no matter what. If they don’t bid enough, their transactions could be stuck in limbo for days or weeks until congestion on the blockchain subsides. If they bid too much, miners get to keep the excess and the users have no chance of recovering it.

EIP-1559 seeks to remedy this imbalance by implementing a base fee that will fluctuate according to the amount of demand at any given time for transaction space within blocks on the blockchain. When demand is high, the base fee gradually increases from block to block and slowly prices out users who aren’t willing to pay the higher fees, at least until demand comes back down. When demand is low, the base fee gradually decreases to almost zero to reflect the limited demand for transaction space on the blockchain. The base fee is determined automatically by the blockchain’s software, not by individual users. However, those same users can elect to pay an “inclusion fee”, which is essentially a bonus amount on top of the base fee to incentivize miners to process their transaction before anyone else’s.

To combat the ever-inflating supply of Ether, EIP-1559 introduces a burn mechanism to remove some Ether from the mix every time a block is confirmed on the blockchain. While new Ether will continue to be released into circulation with every new block, the base fee collected for each transaction in the block will be burned, or sent to an address on the Ethereum blockchain that no one has access to. Thus, the Ether tied to the base fee are effectively removed from circulation indefinitely.

It is unlikely that the burn mechanism will outpace Ether inflation, and thus lead to supply deflation, over the long-term. However, in periods of high demand to use the Ethereum blockchain, the total base fees burned could exceed the number of new Ether tokens put into circulation. Regardless of the long-term implications for the overall supply of Ether, the burn mechanism at the very least introduces a small counter to the heretofore unheeded increase in the supply of Ether tokens.

EIP-1559 is just one step in the long process of migrating the Ethereum blockchain toward its eventual ETH 2.0 infrastructure. However, as discussed above, EIP-1559 incorporates several important developments that have the opportunity to improve the user experience and add value to the network if things go according to plan. Anyone who wants to invest or participate in the Ethereum ecosystem should look into the long-term implications, both good and bad, of ETH 2.0 before diving in head first.