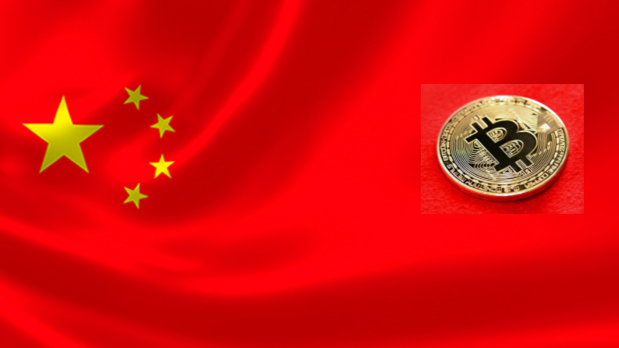 Bitcoin is a force to be reckoned with. It operates independently of any central government or corporation, and has seen exponential growth since its introduction over twelve years ago. However, even Bitcoin, the largest and most well-known of all cryptocurrencies, experiences growing pains, and that has been on full display through its various ups and downs in terms of adoption and price. In fact, one of Bitcoin’s greatest strengths is meant to be its resistance to any type of influence by governments around the world. The cryptocurrency’s reaction to regulations put out by various Chinese regulators over the past month shows that Bitcoin’s government-resistant stance may currently be more aspirational than actual.

As we’ll discuss later on, China’s approach to Bitcoin and other cryptocurrencies has been tepid from the start, and 2021 has been no different. The Chinese government’s latest attack on Bitcoin began in late May when the State Council’s Financial Stability and Development Committee announced its intent to eliminate mining and trading activities. Its stated reasons for the limitations were twofold. Firstly, the Committee believed that speculative cryptocurrency trading had the ability to destabilize other financial markets domestically and internationally. Secondly, the Committee wanted to assist China as a whole to meet its goals of reducing carbon emissions in the near term, having fallen for the disputed assumption that Bitcoin mining’s environmental impact outweighed its benefits.

The response from China’s regional governments has been swift. In only four weeks, the Xinjiang, Mongolia, Yunnan, and Sichuan provinces have all ordered a halt to all cryptocurrency mining within their borders and have enacted strict enforcement measures to ensure that resident miners turn off their mining machines. The last regional pronouncement was perhaps especially heartbreaking for Bitcoin proponents the world over as the Sichuan province is known for its abundant hydropower, a clean alternative that many experts and fans alike believe will help to green the footprint of cryptocurrency mining as a whole.

The crackdown on cryptocurrency mining was followed shortly thereafter with a pronouncement from the People’s Bank of China (PBOC) to several major financial institutions instructing them to not provide any crypto-related services to retail or corporate account holders. Bitcoin’s price reacted to the news as several of the major financial institutions released statements indicating their intent to follow through with the PBOC’s directive. For example, Alipay, the mobile payments service run by Alibaba’s Ant Group, stated the following:

We’ve Been Here Before

China’s current approach to cryptocurrency may seem heavy-handed, but take its long-term impact on Bitcoin and other cryptocurrencies with a grain of salt. After all, China has banned various aspects of cryptocurrencies several times over the years, with mixed results.

In late 2013, Chinese regulators had one of their earliest forays into the Bitcoin market when they issued a notice instructing domestic banks to refrain from facilitating any transactions involving Bitcoin. The issuing body, the People’s Bank of China, believed that Bitcoin was being used to launder cash and facilitate other crimes and was concerned with Bitcoin’s use as a currency given that it was not backed by any nation. The success of the 2013 Bitcoin ban is certainly questionable, especially given the aforementioned need for China’s regulators to remind financial institutions of the ban just a few days ago, nearly eight years after the ban was originally put in place.

In the Fall of 2017, the Chinese government took significant steps to limit the ability of domestic companies to raise cash through Initial Coin Offerings (ICOs), effectively banning the practice altogether. While ICOs, at the time, were almost exclusively carried out using the Ethereum blockchain, an alternative cryptocurrency to Bitcoin, the ban had spillover impacts on the price of and sentiment behind the flagship cryptocurrency.

Around one week later, the Chinese government followed up on their ICO ban by moving to close down all domestic cryptocurrency exchanges, seemingly a further blow to the prospects for Bitcoin and other cryptocurrencies within the country. However, as we’ll see below, the closure of Chinese exchanges has done little in the intervening years to dampen interest from Chinese citizens in cryptocurrency or to limit their ability to access crypto markets.

Again, the impact of these pronouncements on cryptocurrencies is in question as the price of Bitcoin more than quadrupled over the next three months to hit an all-time high price in December 2017 before falling into a bear market.

The short-term results of China’s recent regulatory moves against cryptocurrency have been rather dismal. Bitcoin’s price currently sits at slightly above its all-time high price and has dropped to around $30,000 U.S. Dollars or lower several times during the past month. Cryptocurrency prices at large have fared no better with prices for large-cap coins like Ethereum and small-cap coins like the NEXO token falling sixty to eighty percent off of their own all-time highs.

That said, history may show that China’s cryptocurrency attacks will have a negligible impact on the long-term progress and development of the cryptocurrency and blockchain space as a whole. For example, Bitcoin naysayers have long attacked the cryptocurrency because of the claimed centralization of Bitcoin mining within China. In fact, it is commonly estimated that nearly sixty-five percent of Bitcoin’s hash rate, or aggregated mining power, resides inside China’s borders. China’s aggressive moves against Bitcoin mining have already caused Chinese cryptocurrency miners to flee the country in droves, and China’s share of Bitcoin’s hash rate is certain to plummet:

Forget the FUD and Listen to Yourself

There will always be someone willing to share their two cents and then tell you what to do. Governments do it. Corporations do it. Social media influencers certainly do it. But in the end, only you are empowered to make financial decisions within your own life. Do your own research and trust your own intuition.