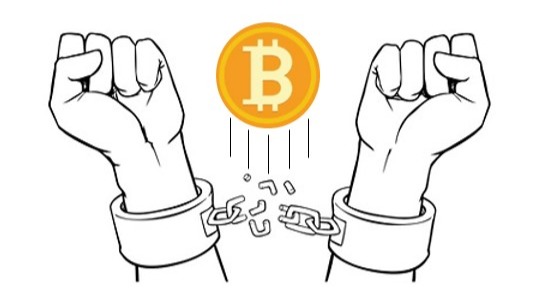 Read now to learn how Bitcoin is the solution to the problems of financial exclusion and inequality perpetuated by the traditional financial system.

If you’ve spent any time reading Western media’s analyses on Bitcoin, then you’ve probably noticed a common theme: the journalists and editors writing those analyses have no idea why Bitcoin is valuable.

To a certain degree, I can understand why Bitcoin’s true value proposition is difficult to grasp for a writer who has only spent a few minutes studying it in order to spit out their latest propaganda. I have spent my entire life living in the “West”, so I can say from my own experience that we Westerners live pretty sheltered lives. We have relatively stable currencies and financial systems that allow us to fairly easily earn, save, and invest. And the pseudo-democracies that lord over us have done a good job of convincing us that their financial largesse and their burdensome oversight and control are for our good.

In short, it’s difficult for people who mostly only experience so-called “First World problems” to understand many of the much more pressing issues that people in countries around the world experience daily. Nowhere has this been more apparent to me than when I recently read an article from an author who trivialized both the real-world issues, like financial inequality and exclusion, faced by a lot of people and the ability of Bitcoin to correct those issues by stating that all that is needed to ensure equal financial privilege and access globally is “a smart phone and links to simple financial apps”. In this discussion, I hope to elaborate on why that idea is pure nonsense.

If you live in a country with a government that at least pretends to protect your rights and freedoms, consider yourself lucky. There are billions of people around the world who live under authoritarian regimes that rule their lives with an iron fist. They don’t enjoy freedoms, like freedom of speech, that so many of us Westerners take for granted. And that means that their governments have little if anything that keeps them from censoring speech, beliefs, or actions that go against the governments’ prerogatives. Simply put, people in those countries could be kicked out of the financial system, or worse, from one minute to the next if their authoritarian government decides to kick them out. In this context, financial apps are part of the problem, not the solution.

By the way, some Western countries may not even be able to enjoy such freedom for much longer. Don’t believe me? Take a minute to remind yourself what happened to Canadians who protested government mandates that they disagreed with....👇🏻