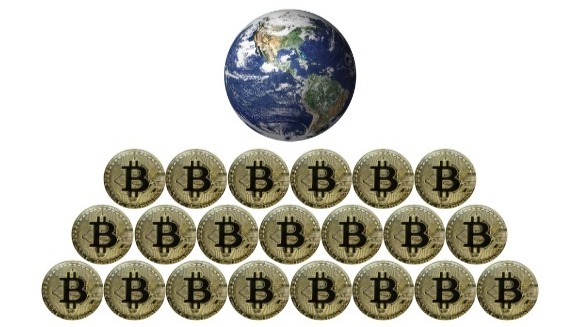 Read now to learn how every system and application in the world stands to benefit by integrating with Bitcoin.

This issue of The HiFi Bitcoin Letters is free for everyone. To receive Bitcoin insights and analysis more frequently, consider upgrading to premium membership:

When I first entered the crypto space several years ago, I found myself inundated with a variety of fantasies around how cryptocurrencies would change the world. I was fascinated by all the use cases that were being thrown about by influencers who seemed to be in the know. In short, I was taken in by the promises of crypto, so much so that my very first newsletter issue described cryptocurrency as a “21st Century Tool for Finance”.

Don’t get me wrong. There IS one cryptocurrency that will change both finance and the world: Bitcoin. But as time has passed, I’ve come to realize that many of the “revolutions” offered by the crypto space lose their luster due to a combination of hacks and bad management, with a healthy dose of unrealistic promises mixed in.

Take the Solana blockchain for example, which proponents have styled as the “go-to” blockchain due to its high transaction capacity and smart contract capabilities. Over just the past year alone, the blockchain has been halted numerous times to deal with critical failures. On top of that, millions of dollars’ worth of assets were lost last week when private keys were stolen thanks to faulty crypto wallets. Solana’s appeal has certainly worn off a bit for any user who suffered as a result of the blockchain stoppages or wallet hack.

I know some people reading this are eagerly wanting to point out that Bitcoin isn’t perfect. So let me set the record straight: the Bitcoin community has had its own missteps. In fact, I’m writing an entire series of articles describing how those missteps have proven the depth of Bitcoin’s resiliency.

Bitcoin is the best cryptocurrency and blockchain in existence, and everything built on top of Bitcoin benefits by virtue of association with the king cryptocurrency.

But What Does “Built On Bitcoin” Mean?

When outsiders hear the term “built on Bitcoin”, they automatically assume that the term refers exclusively to protocols and other tools that are coded right on top of the Bitcoin blockchain. They then quickly follow-up with a rebuttal about how [insert their favorite blockchain] is so much better for development than Bitcoin is, in their opinion. They’re misunderstanding what’s actually being said.

First off though, there actually are some pretty impressive applications that live on the Bitcoin blockchain. The Lightning Network and RSK are two of the more well-known examples. But “Built on Bitcoin” means so much more in my opinion.

I believe that any system built using Bitcoin as its base currency will be better for it than if it uses any other currency. No other currency in the world can go toe to toe with Bitcoin: gold is less secure and less transferable, fiat currencies are cesspools of government-sanctioned robbery through inflation, and other cryptocurrencies can’t lay claim to the level of decentralization exhibited by Bitcoin.

Any system that successfully integrates with Bitcoin can benefit from its security, decentralization, solid monetary policy, and so much more.

Will You Build On Bitcoin?

If you’re building something right now, whether it’s “crypto”, crypto-adjacent, or something completely unrelated, ask yourself: how could your project benefit from integration with Bitcoin and its blockchain? If you sincerely ponder that question, you may be surprised at the conclusion you come to.

Wish You Could Listen To This Post As A Podcast?